As Protests Escalate, Web TV and News Sites Are Censored in Venezuela 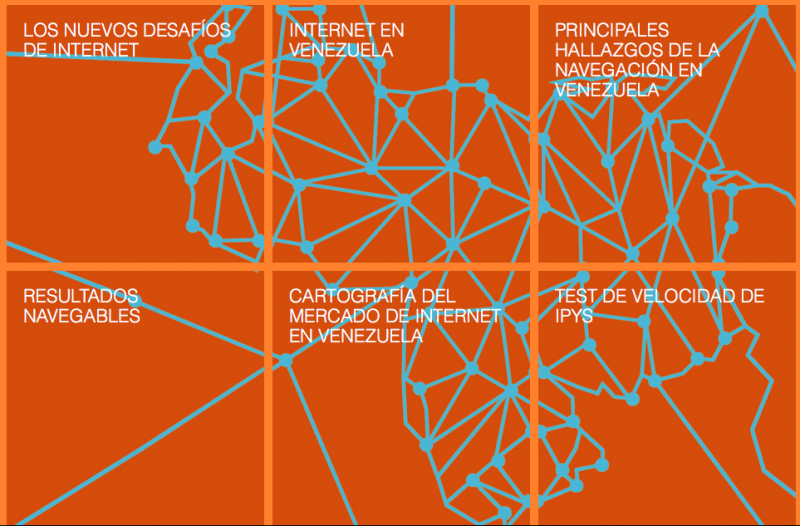 On the morning of April 7, Venezuelan netizens reported that they were unable to access the web TV channel Vivoplay from inside the country. Others have since reported that VPITV and El Capitolio TV have also been inaccessible.

These and other web TV channels had been broadcasting protests in Caracas, which were organized by those opposing Nicolás Maduro's administration. The demonstrations unfolded last week after the country's Supreme Court dissolved the parliament and reassigned its functions to the executive branch and the Supreme Court itself.

Journalist and Global Voices author Luis Carlos Díaz posted the results of a traceroute test, indicating that the connection timed out and recommending users activate VPNs (virtual private networks) in order to connect.

Turn on your VPNs. It seems that website blocking on Venezuelan ISPs is back. This is from @VivoPlayNet's website.

Services like Vivoplay are popular among Venezuelans who have Internet access, particularly in times of unrest. Traditional outlets have been reluctant to cover protests since 2014, when the Telecommunications Commission threatened to fine them and shut them down for covering demonstrations, an act that  what the Commission characterized as “an incitement to violence.”

Without cable TV and without national channels informing, I resumed my account in @vivoplaynet. I'm surprised it's still cheaper than two liters of soda.

The local NGO VEsinfiltro [Venezuela unfiltered] later confirmed that not only Vivoplay, but two other online TV channels, including the streaming site used by the National Assembly to broadcast their sessions, are inaccessible due to domain name system (DNS) blocking.

Previous research by the Institute for Press and Society (IPYS), digital rights research group in Venezuela, has proven that local Internet service providers sometimes use DNS blocking, a technique through which domain name servers respond incorrectly to requests for a particular domain. When a website is blocked via DNS, the server will reply incorrectly or will deny the request when that website is called upon.

The third channel that is now blocked, VPITV, had seen their streaming cut yesterday when the police arrested VPITV cameraman Elvis Flores, who was streaming live from the protests in Caracas. Flores was beaten while in police custody. He was released eight hours later and VPITV’s streaming resumed. While some of these site's broadcasts are still available via YouTube, there are also reports that the government is throttling Internet connections, making it difficult for Venezuelans to obtain multimedia coverage as events unfold in the country.

Advocacy  7 May 2022
END_OF_DOCUMENT_TOKEN_TO_BE_REPLACED
Cancel this reply