The show is affiliated with the persecuted religious group Falun Gong. 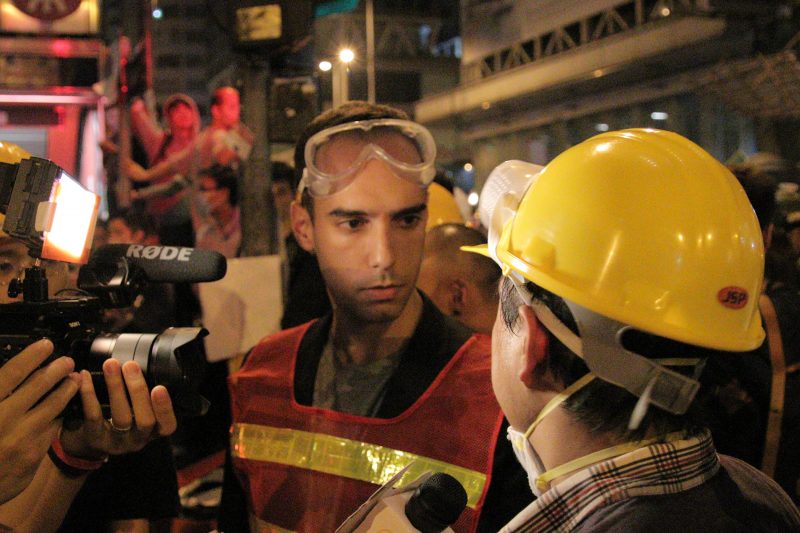 Satirical news show, China Uncensored, says that the Apple TV app store has blocked users from accessing it not only in mainland China, but also in Hong Kong and Taiwan.

Curated by Chris Chappell, the show was launched on YouTube in 2012 and is currently aired by New York-based New Tang Dynasty Television (NTD.TV), which is affiliated with Falun Gong — a religious practice that is suppressed in China.

The show mocks the Chinese Communist Party and its authoritarian rule by curating news about crackdowns on dissidents, persecution of religious minorities and state-sponsored hacking activities, and turning them into satirical reporting. Often times, its stories are a mixture of jokes and facts that are built upon the stereotypical image of a totalitarian China.

In a press statement on April 5, 2017, Chris Chappell stressed:

I totally understand why we’re blocked in mainland China. We’re clearly disrupting the Communist Party’s harmonious propaganda…but Hong Kong and Taiwan are not supposed to be under Chinese law.

Although Hong Kong is part of China, under the One Country Two Systems principle, the region has an independent legal system. As for Taiwan, it has been a de facto self-governed entity since Kuomingtang of the Republic of China was defeated by the Chinese Communist Party and fled to the island in 1949. In both regions, NTD.TV has reporters covering local news and Falun Gong members are free to practise their religion.

in March 2017, Apple approved the China Uncensored Apple TV app for availability in most of the world, but removed it from app stores in mainland China, Hong Kong and Taiwan.

Apple's legal team said its decision is in accordance with local laws:

Apps must comply with all legal requirements in any location where you make them available (if you’re not sure, check with a lawyer). We know this stuff is complicated, but it is your responsibility to understand and make sure your app conforms with all local laws […]. And of course, apps that solicit, promote, or encourage criminal or clearly reckless behavior will be rejected.

While your app has been removed from the China, Hong Kong, and Taiwan App Stores, it is still available in the App Stores for the other territories you selected in iTunes Connect.

Chris Chappell responded with satirical questions in a press statement:

Is Apple so scared of the Chinese Communist Party that it would censor China Uncensored in Hong Kong and Taiwan, just in case? […] Or is Apple just confused about which places belong to China and this was all an accident? They should probably consult a lawyer, like we’ve done.

In a letter to Apple CEO Tim Cook on April 3, Chappell urged Apple to unblock the China Uncensored in Hong Kong and Taiwan app stores and vowed that he was prepared to take both legal and political action:

…we have retained a public interest attorney who will represent us and is prepared to bring in a major law firm to take legal action, although we would prefer to resolve this matter quickly and without lawyers.

If necessary, we are also prepared to discuss this issue with US federal regulators, who, while having no jurisdiction over Hong Kong or Taiwan, are nonetheless concerned with Apple’s business operations in general as Apple moves competitively into the television industry.

Since 2013, Apple has started taking down apps — including banned books and circumvention tools — from its China iTunes store in order to comply with local laws.

In June 2016, China tightened its control over mobile applications with the introduction of Provisions on the Administration of Mobile Internet Application Information Service. These regulations outlaw applications that spread rumors and information deemed harmful to national security. In January 2017, The New York Times was taken down from the Apple iTunes Store because of such provisions. However, the newspaper’s app remains available in the Hong Kong and Taiwan versions of the store.

In the letter to Cook, Chappell stressed that while he is aware of the restrictions in China, the management of Apple's Hong Kong and Taiwan app stores should be different:

No doubt, China Uncensored likely falls under some of mainland China’s dubious legal categories such as:

There is no point in disputing your app store decision with respect to mainland China… but Hong Kong and Taiwan are not ruled by the Chinese Communist Party. They are regions that operate under independent legal systems.

China Uncensored launched a petition on April 4, urging its viewers and supporters to tell Apple to “uncensor” the China Uncensored app from its Hong Kong and Taiwan app stores. As at the time of this story's publication, more than 5,800 people had signed.

Colombia  14 May 2022
END_OF_DOCUMENT_TOKEN_TO_BE_REPLACED
Cancel this reply