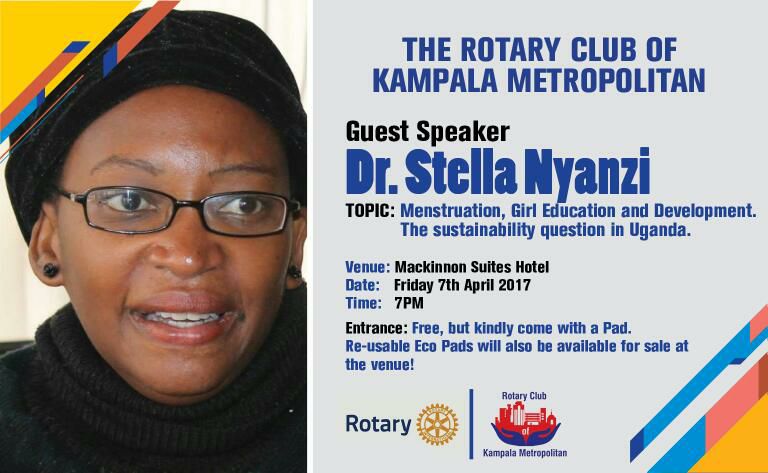 Nyanzi is an outspoken critic of President Yoweri Musveni, and has become a leading voice in a campaign to subsidize sanitary pads for poor women and girls in Uganda.

Arrested and detained on April 7, Nyanzi has been charged with engaging in “cyber harassment” and “offensive communication” (sections 24 and 25 of the Computer Misuse Act) towards President Yoweri Museveni and his wife Janet Museveni on Facebook. Among other things, she compared the President to “a pair of buttocks.”

On social media, Nyanzi's story has become a rallying opportunity for Ugandans who oppose the Musveni government, with many of them using the hashtag #APairofButtocks to voice their frustrations.

Officials say she will remain behind bars until her next hearing, scheduled for April 25.

A few days prior to her arrest, Nyanzi was interrogated by police for raising money to buy sanitary pads for school girls without registration, which they told her was contrary to the Public Collections Act of 1966. Nyanzi went missing after speaking at an April 7 Rotary Club event in Kampala, as seen in the advertisement above. Several hours later, police said that she was in their custody.

A medical anthropologist who specializes in African sexuality, Nyanzi commands a large audience on her Facebook page, where she has more than 141,000 followers. Here, her messages are her sword. On average, she responds to every comment. She uses sexual language to challenge the practices of the current government and also challenges other social beliefs in a country where social conservatism still prevails in many sectors. 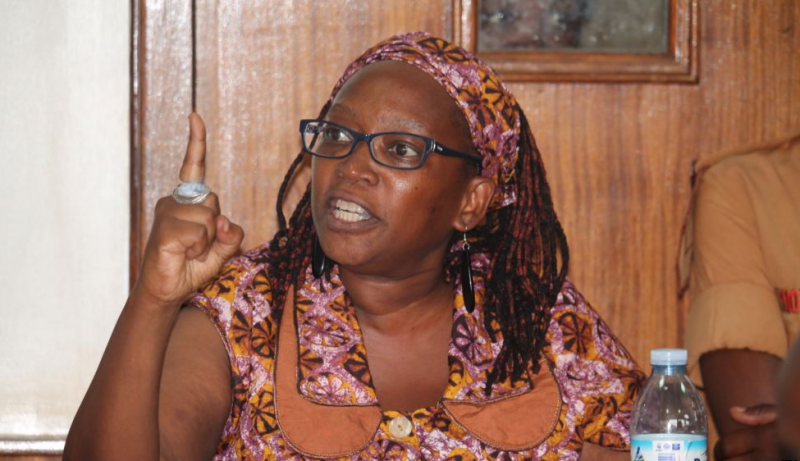 Dr. Stella Nyanzi in court on April 10, 2017. Photo by Voice of America, licensed for reuse.

Nyanzi has publicly questioned an unfulfilled election campaign promise of President Musveni to provide sanitary pads to poor girls, some of whom miss school or even drop out because they can’t afford them. In 2016, she attracted headlines when she stripped naked to protest the closure of her office, following a dispute with her dean, and posted a video clip of the incident on her Facebook wall.

After Nyanzi wrote that Uganda's First Lady Janet Museveni told the nation there was no money to fulfill her husband campaign promise to girls, the First Lady responded in a televised interview, saying that she had forgiven Nyanzi for “insulting” her. In response, Stella wrote a Facebook post saying that she hadn’t asked her forgiveness for her words. In another recent post, Nyanzi compared President Musveni to “a pair of buttocks.”

Nyanzi since has joined a group of Ugandans who started the #Pads4GirlsUG campaign to solicit money to buy sanitary pads.

Mrs. Musveni was also under fire from Nyanzi in late March, after the First Lady told the press that Ugandans should stop carrying their children to school on boda-boda (passenger motorcycles). Low-income parents commonly use this as a means of transport, despite the dangers that it can bring. This is nothing new coming from the First Lady — in the past, such statements have earned her comparison with Marie Antoinette.

On March 30, Nyanzi was suspended from her job as a lecturer at Makerere University, which falls under the jurisdiction of the Ministry of Education. It is worth noting that the First Lady also serves as Uganda's Minister of Education.

Two days before her abduction, Nyanzi's house was raided and she was taken in for questioning by police for a few hours. Shortly thereafter, she hosted a Facebook live session in which she described the incident. The session garnered more than 1 million views.

On April 9, local NTV reporter Gertrude Uwitware, who had expressed support for Nyanzi on her Facebook page, was abducted in Kampala and held against her will for several hours before being released. It is unknown whether the incident was connected to her support for Nyanzi, but advocates including human rights lawyer Nicholas Opiyo, who is aiding in Nyanzi's case, suspect that it was.

The African Centre for Media Excellence and the National Coalition of Human Rights Defenders in Uganda, along with international organizations including Amnesty International, have condemned Nyanzi's arrest and prosecution. These and other groups have also spoken out in support of Uwitware.

The hashtags #FreeStellaNyanzi and #APairofButtocks immediately trended following Nyanzi's arrest and continues to be used by Ugandans and supporters. Ugandans have shown their support despite the environment of fear.

Stella Nyanzi's message cannot & will not go away even though you arrest her a million times. Grave mistake to kidnap her #FreeStellaNyanzi

If security operatives think they can intimidate or threaten the entire country then let us make #FreeStellaNyanzi our business.

Some supporters have looked back to 40 years and retweeted words by former Ugandan dictator Idi Amin Dada:

Nyanzi is not the only victim of this brute attack on academic freedom. Contributors and editors of the anthology, Controlling Consent, whose copies were confiscated by authorities recently are also victims. The anthology contained academic analyses of the 2016 Ugandan presidential and parliamentary election. The message is loud and clear. Academics are only allowed to be critical in spaces that are inaccessible to the public. When they engage publicly, the state clamps down on them. Even Facebook and other social media platforms are not immune from this repression!

To contribute online to the Pads for Uganda campaign, visit the official GoFundMe page.