Human Rights Defenders Are Still Behind Bars in Turkey 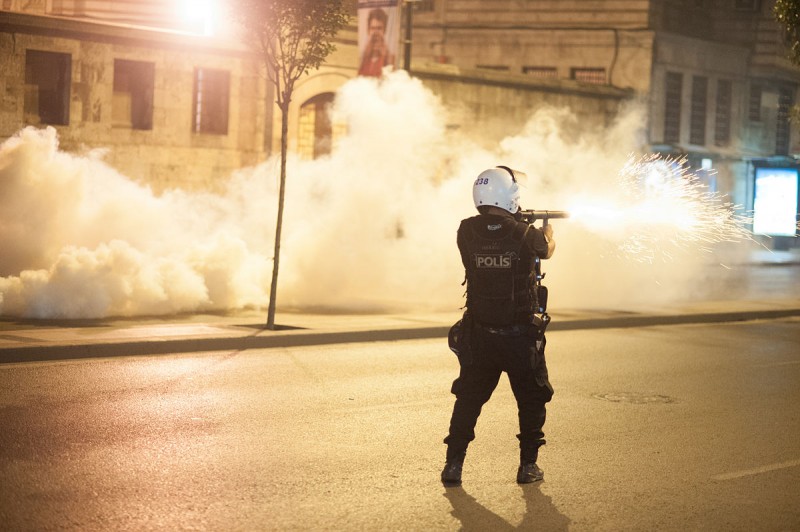 Eight of Turkey's most respected human rights defenders were arrested last week, along with two information technology trainers from Sweden and Germany. All ten of those arrested are still in police custody but have not been charged with any crime.

The group had gathered for digital security and information management workshop on one of Istanbul's islands, Buyukada, on July 5 when police raided the workshop, detained the participants, and confiscated electronic equipment including computers and mobile phones. Among those arrested was the director of Amnesty International Turkey, Idil Eser.

Turkish newspaper Cumhuriyet reported that police also raided the homes of some of the human rights defenders who was arrested, and seized books, CDs, phones and digital devices. On July 11, Hurriyet Daily News reported that “house raids on detainees’ addresses were still ongoing.”

Amnesty International announced on July 11 that all ten people will remain in detention for at least seven more days.

Amnesty International chief Salil Shetty described the arrests as a “grotesque abuse of power and highlights the precarious situation facing human rights activists in the country.”

Hugh Williamson, Europe and Central Asia director at Human Rights Watch, described the situation as  “a repressive new low for the Turkish state,” and called for their immediate release.

When he was questioned about the detentions at a July 8 press conference at the G20 Summit in Hamburg, Germany, Turkish President Recep Tayyip Erdogan argued that the meeting “would constitute almost a continuation of the 15th July events,” referencing the failed coup attempt of 2016.

Turkish authorities have provided no evidence to the media or the public of the President's assertion. All ten of those detained demonstrate a commitment peaceful, constructive protection of the rights of all Turkish people as they are enshrined by local laws and international human rights norms.

In a tweet on behalf of their staff, Amnesty International recalled their efforts to protect Erdogan when he was arrested in 1998 during a stint as Istanbul's mayor.

Governments and intergovernmental agencies from around the world have expressed concern about a lack of due process and abuse of power on the part of the regime. Former Prime Minister of Sweden, Carl Bildt, described the arrests as a “very worrying sign”:

Dutch Member of European Parliament Kati Piri joined in the calls for the release of the group:

Ahead of EP vote on #Turkey, we called for immediate release of human rights defenders, including director of @amnesty

Supporters of the human rights defenders are using Facebook to share updates and news on the group via the Free Rights Defenders – Hak Savunucularına Dokunma group. On Twitter, supporters are using the hashtags #HakSavunucularınaDokunma, #FreeRightsDefenders and #Istanbul10 to share information.

The World Organisation Against Torture also issued a statement which has been signed by 40 human rights organisations from around the world, stating “human rights work should not be criminalized” and calling for the immediate and unconditional release of all ten detained participants.