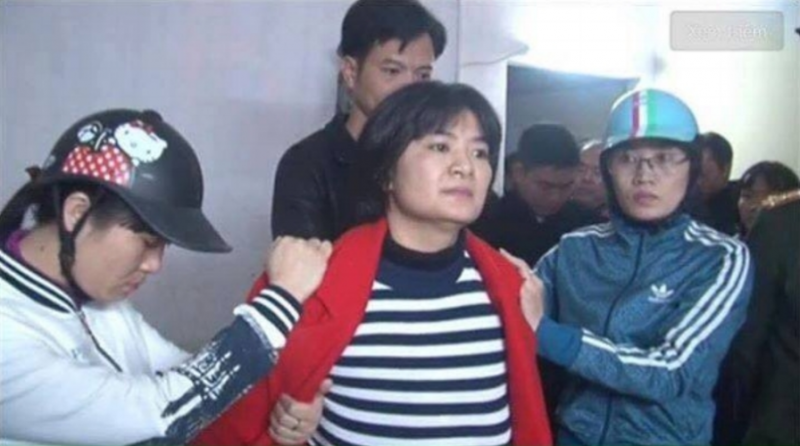 This article by Don Le is from Loa, a news website and online radio project of Viet Tan that broadcasts stories about Vietnam. It is republished by Global Voices as part of a content-sharing agreement.

Vietnamese authorities have sentenced yet another social activist to a lengthy prison term, continuing a spate of heavy-handed punishments against dissent. In a one-day trial on Tuesday, 25 July 2017, the People’s Court in Hà Nam province sentenced Trần Thị Nga to nine years in prison and five years of house arrest for “conducting propaganda against the State.”

The 40-year-old Nga, also known by her pen name “Thúy Nga,” is a prominent advocate for migrants and land rights. She has also been documenting and campaigning against police brutality on her Facebook page and her YouTube channel. Nga has been frequently intimidated and physically attacked by police for her work.

“This is an unfair verdict. Nga is not guilty as stated by the court,” Nga’s lawyer Hà Huy Sơn told Reuters.

International rights organizations have criticized Hà Nội for her arrest. Phil Robertson, deputy Asia director of Human Rights Watch released a statement prior to her sentencing.

The Vietnamese government consistently goes to extremes to silence its critics, targeting activists like Trần Thị Nga with bogus charges that carry a long prison sentence, and subjecting their families to harassment and abuse.

Witnesses said hundreds of police surrounded the courthouse to prevent Nga’s supporters from gathering outside the courthouse. A flycam video showed security police blocking off the surrounding streets.

Nga’s husband and two young sons were prevented from entering the courthouse and forced to wait outside.

The court did not receive us, so we wandered around the streets. We were tired out so the two boys looked for some shade to sit down and rest momentarily. 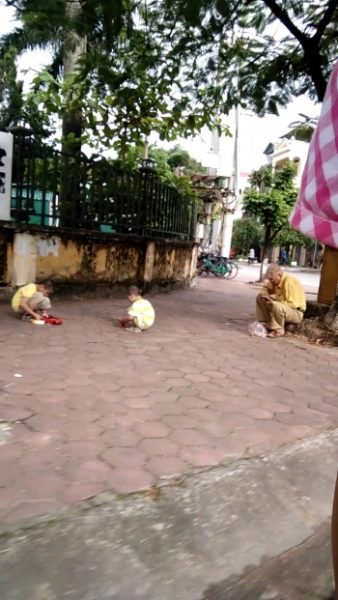 Despite being barred from what was supposed to be a public trial, dozens of activists sat across the courthouse to protest the unfair processes and called for Nga’s release. “Thuý Nga is innocent,” they declared on signs.

Her sentence marks a worrying trend for activists for free expression. In June 2017, prominent blogger Nguyễn Ngọc Như Quỳnh, who wrote under the pen name “Mother Mushroom,” was sentenced to ten years in prison under the same charges. In a separate incident, local authorities arrested a social activist in Nghệ An province the evening before Nga’s trial and charged him with “attempting to overthrow the state.” 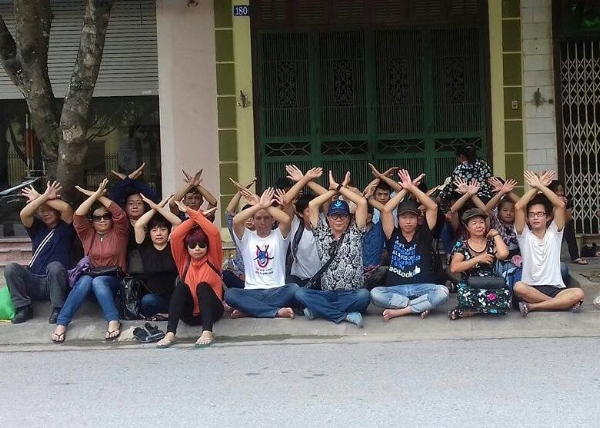