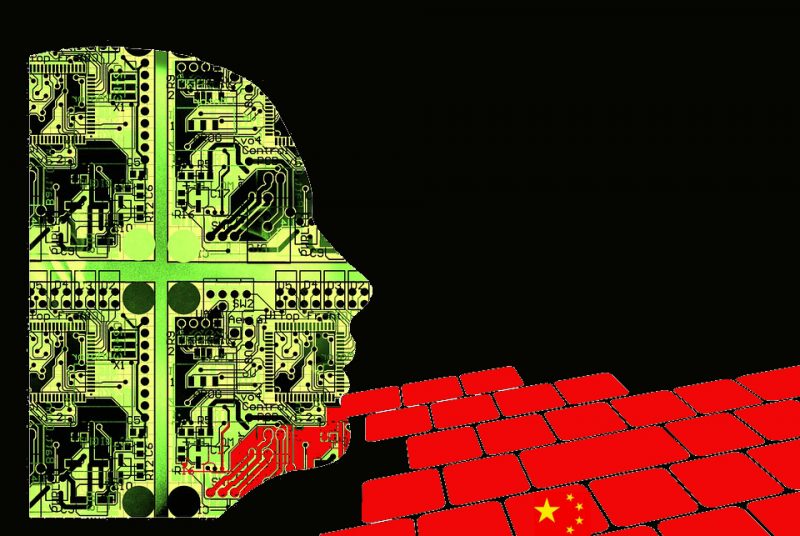 Chinese technology companies have found themselves at the forefront of developing artificial intelligence (AI) technology. As of this summer, they have robust support from the state to continue this work.

In late July, the Chinese State Council released a plan [2] detailing how it will encourage the development of AI by 2030 through the creation of a new AI Plan Promotion Office in its Ministry of Science and Technology.

The Chinese government's comprehensive plan, dubbed “Artificial Intelligence 2.0”, has come with many millions of dollars worth of investment into research, start-ups and advanced military projects, all aimed at making China epicenter of future development of AI.

But such rapid development may come at a cost. As Twitter user @bluebird0605 put it:

I have conversations with many AI experts who returned from the US. They said China had a more open attitude toward new technology, for example the implementation of facial recognition technology is a lot easier in China than elsewhere. The other side of their view is: their success is built upon the lack of awareness on individual rights.

Indeed, China has caught up with the US in recent years when it comes to researching and implementing AI. This was evident at the 2017 Annual Conference of the Association for the Advancement of Artificial Intelligence, a historically US-dominated conference that featured a long list [4] of Chinese companies and developers this year.

Hong Kong academic Willy Wo-Lap Lam echoed the words of @bluebird0605 when he described this evolution [5]:

Both Chinese and foreign experts reckon that China has the most advanced — and cheapest — AI-enabled surveillance technology in the world. The reason is simple: China has the fastest-expanding market for facial recognition and similar know-how. This is coupled with the absence of enforceable laws and regulations protecting citizens’ privacy.

Netizens and researchers have known about state authorities’ use of AI to facilitate censorship in China for some time. Researchers at the University of Toronto’s Citizen Lab noted [6] in a November 2016 report that keyword censorship has become “dynamic”, reflecting current events and popular issues on social media, likely thanks to AI. The Citizen Lab more recently demonstrated evidence [7] that AI-driven censorship has enabled simultaneous image filtering in one-on-one chats.

But surveillance of all kinds has also become a key component of this initiative. China launched a fully digitalized and all-embracing grid [5] for stability maintenance under the Central National Security Commission (CNSC), which is the country's top security organ established in 2013 and chaired by the Chinese President Xi Jinping.

Facial recognition technology has since been a major source of big data in China, as reported by [8] Hong Kong-based Citizen News:

Over the past seven to eight years, major cities in China have set up more than 170 million surveillance camera in airports, train stations, subways, highways, major roads, office buildings and shopping malls. By 2020, the number of surveillance devices will be increased to more than 400 million […] It has been widely reported in mainland Chinese media that the traffic police have used the facial recognition to identify jaywalkers. However, sources from activists say that the Chinese police have a database of dissidents’ facial characters and if their faces appear on surveillance camera footage in airports, subways or a major road, the system will send that information to the public security bureau.

With full cooperation from the country's social media and e-commerce platforms, this system enables China's top security authorities to extend their grasp on citizens’ data and make deft calculations concerning the political inclinations of any individual who participates in public life, both online and off.

Under the Chinese government AI plan, by 2020 [9] the value of China’s core AI industry is targeted to exceed 150 billion RMB (over USD $22 billion) in value, with AI-related fields valued at 1 trillion RMB (nearly USD $148 billion). To fulfill the set target, it encourages collaboration with foreign academic institutions and private sector groups by providing research and start-up funding. Time will tell whether these partnerships will lead to greater protections for — or at least disagreement over — individual rights.