Gauri Lankesh, a Journalist Who Was Critical of India's Right Wing, Is Gunned Down Outside Her Home 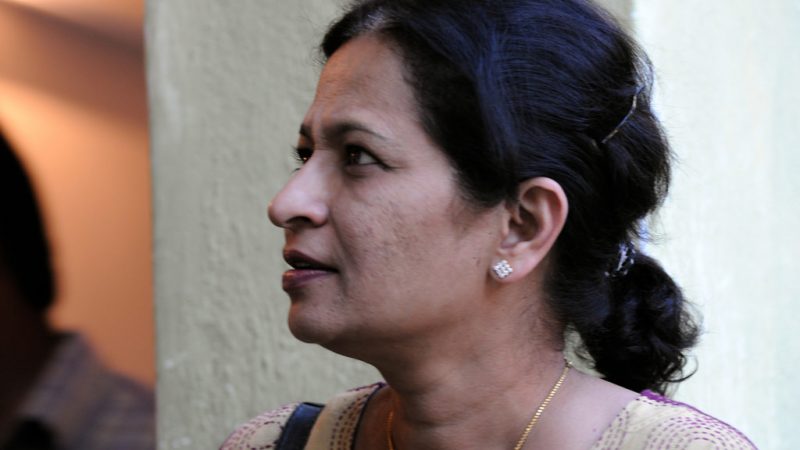 Veteran Indian journalist Gauri Lankesh was shot to death by assailants riding motorcycles on September 5, 2017, outside her home in the tech hub of Bangalore, highlighting how increasingly dangerous India is becoming for reporters.

Lankesh, 55, was the editor of a Kannada-language tabloid called Gauri Lankesh Patrike that took a fierce stance against Hindu nationalist organizations and Prime Minister Narendra Modi.

In November 2016, Lankesh had been convicted of defaming two politicians from India's ruling Bharatiya Janata Party (BJP), of which Modi is the leader, and sentenced to six months in prison. According to reports, she had secured bail and was appealing the case.

In a series of recent interviews with various Indian publications including TheWire.in and NewsLaundry, Lankesh had stated she was worried about the state of free speech in India after receiving hatred and vitriol online.

Police are investigating her killing and have not arrested any suspects.

Whatever differences she had with anyone, it was certainly not the way to attack an outspoken journalist who was defenseless and had nothing to offer by way of resistance. Such attacks on the freedom of press will not be tolerated.

And several protests across India have been planned by various journalist groups.

‘Anybody talking in support of human rights…is branded a Maoist supporter.’

India slipped by three spots to 136th out of 180 countries in the 2017 Press Freedom Index published by the Paris-based Reporters Without Borders. The report highlighted Indian Prime Minister Narendra Modi's “brand of nationalism and growing self-censorship” as contributing to the slide.

And in May 2017, Indian media watchdog The Hoot said 54 journalists had been attacked in India in the last 16 months, and seven had been killed (although there was only “reasonable evidence of their journalism being the motive for the murder” in one of the cases).

Lankesh's death was the latest in a series of murders not only of journalists, but of outspoken figures who challenged Hindu nationalism, or “Hindutva politics,” and promoted a secular, diverse India. In 2016, leftist ideologue MM Kalburgi was shot dead in a similar manner in Bangalore.

For years, Lankesh had warned of the shrinking space for alternative thought in a climate dominated by Hindu nationalists. In November 2016, she told Indian website NewsLaundry about her struggle to fight against right-wing politics:

Unfortunately, today anybody talking in support of human rights and against fake encounters [extrajudicial killings] is branded a Maoist supporter. Along with that, my criticism of Hindutva politics and the caste system, which is part and parcel of what is considered ‘Hindu dharma’, makes my critics brand me as a ‘Hindu hater’. But I consider it my constitutional duty to continue – in my own little way – the struggle of [12th-century Hindu philosopher] Basavanna and [20th-century Indian social reformer] Dr. Ambedkar towards establishing an egalitarian society.

In March 2017, she spoke at the National Convention of Human Rights Defenders on “Reclaiming Rights and Asserting Freedom” in Delhi:

Now death threats has become a common factor in Karnataka. Whether it is attacks on pubs and homestays, in the name of cultural protection of women or attack on dalits….in the name of cow protection.

And just days before her murder, Gauri tweeted about the Rohingya crisis and India's stand on their plight. She also expressed her displeasure over “infighting” amongst those opposing right-wing politics and propaganda.

why do i feel that some of `us’ are fighting between ourselves? we all know our “biggest enemy”. can we all please concentrate on that?

‘This is an assassination on democracy’

In fact, this is an assassination on democracy. In her passing, Karnataka has lost a strong progressive voice, and I have lost a friend.

this is chilling scary and outrageous. So far always took online death & rape threats with a pinch of salt. Now we must all pause &wonder https://t.co/YuaukqGInS

Assassination is the most extreme form of censorship. #GauriLankesh said things some people did not like2hear. She was killed4doing her job. https://t.co/T3oWE0CrIk

We will continue to fight . They are afraid so they are targeting our writers and thinkers #Kalburgi # Pansare # GauriLankesh Rest in Power https://t.co/FZfqG0Z2GK