Freedom of Expression or ‘Obscene Representation'? The Case Against Indian Cartoonist Bala G

Bala's cartoon drew national attention to a family's self immolation 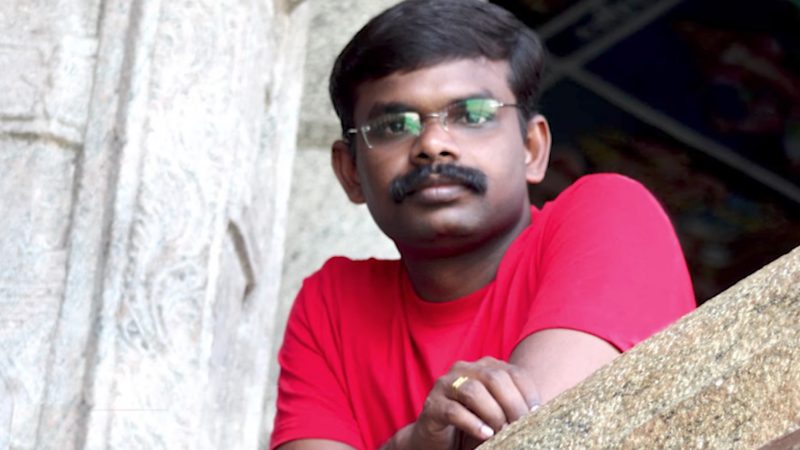 Freelance cartoonist Bala G was arrested on November 5, 2017 for defaming the Chief Minister of the South Indian State of Tamil Nadu.

The case has stirred up new debates on the boundaries of freedom of speech and silencing of critics.

In the morning of November 5, G Balakrishnan (Bala), an independent editorial cartoonist based in Tirunelveli district, was arrested by the Crime Branch wing of Tamil Nadu police for a cartoon he posted on social media criticising the district administration and Chief Minister Edappadi K. Palaniswami.

He stands accused of “obscene representation” and defamation and was booked under Sections 67 of Information Technology Act and 501 of the Indian Penal Code.

Bala arrested for cartoon of a burning child lying while police, collector, CM, covering their nudity with cash#FreedomOfSpeech #TamilNadu pic.twitter.com/RYHpOMLNBs

After working for 12 years as a journalist for Tamil weekly Kumudam, Bala became the editor of the digital media platform LinesMedia. With more than 42,000 followers on Facebook, he has a large following, mainly due to his political cartoons, which have come to play a key role in social media debates in Tamil Nadu.

In the controversial cartoon, the Chief Minister, the Police Commissioner and the District Collector of the city of Tirunelveli are shown nude, covering their genitals with bundles of cash. They stand motionless, watching as a child's body burns in the foreground.

With this caricature, Bala sought to criticize the authorities for failing to prevent the recent death by self-immolation of a family that succumbed to pressure from money-lenders who had raised interest rates to levels that the family could not meet — nearly double the amount they had originally borrowed.

The family had filed complaints at the district collectorate, but the police took no action against the moneylender. In an act of desperation, the father took his wife and two young daughters to the office of the district collectorate. Standing outside the office, he poured kerosene on his family and himself, and then set them ablaze. Despite bystander efforts to save them, the man's wife and daughters died from severe burns. The man remains in critical condition.

After the incident, the Indian national human rights commission had issued a notice to the Chief Secretary, Director General of Police of Tamil Nadu, the District Collector and Police Superintendent of Tirunelveli to submit a report within four weeks investigating the deaths.

The Chief Minister Palaniswami defended his position, arguing that the state already has legislation barring lenders from charging exorbitant interest rates. He says he asked the concerned authorities to act swiftly on complaints.

Although the incident drew local media attention, Bala's cartoon has put a national spotlight on the incident and the predatory practices of private money lenders in India.

Before his hearing, Bala told the press:

The incident made me think that my children were burning. I have no words to express my sorrow, so I drew the cartoon out of rage. It was not aimed at anyone.

Tonight at 8: cartoonist Bala on bail after his arrest for caricaturing the TN CM. Has humour and dissent become more difficult?

The arrest of Bala prompted a lot of anger and discussion in social media and the #standwithCartoonistBala hashtag began trending. Many journalists and common people protested in different parts of the state:

No space for satire? Freedom of expression a mockery?
Also, what about due process of law?#StandwithCartoonistBala

Many on social media defended Bala's style of representation:

When the rulers behaviors are in bad taste how should one react? Our rulers are really naked in corruption and inefficient. We’ve to call the naked as naked. Bala’s cartoon is exactly what I would have done if I were a cartoonist. We can’t treat our politicians like children

#IndiaWithBala all freedoms have limit except corruption of politicians, bureaucrats etc. they have unlimited freedom for corruption, crime

Meanwhile, some questioned the appropriateness of the cartoon:

What are the limits for the freedom of expression? Everything is bound by rules. It is courageous and bold but inappropriate at d same time

The thing about defending Cartoonist Bala's problematic cartoon is that you should be willing to defend Muhammad cartoons as well.

Some called the cartoon outright obscene and defamatory:

Obscenity is Not Criticism

As a cartoonist Bala has right to criticise the matter but definitely, this is something vulgar. Unfortunately, as usual, the matter has deviated from the facts and Bala became a hero!

He described that he did in an extreme anger! Being a journalist how could he say that irresponsibly!

An article on the independent news and commentary site The Logical Indian noted that in recent weeks, at least five citizens have been arrested across India for expressing contradictory views on social media.

Although freedom of expression is guaranteed via the constitution in India, it is not absolute. Pratyush Raj from Symbiosis Law School writes in a paper that:

The freedom of expression guaranteed under Article 19(1) (a) can be subject to reasonable state restriction in the interest of decency or morality. Obscenity in India is defined as “offensive to modesty or decency; lewd, filthy and repulsive. The test of obscenity is whether the publication, read as a whole, has a tendency to deprave and corrupt those whose minds are open to such immoral influences, and therefore each work must be examined by itself.

The section 67 of India's Information Technology Act deals with obscenity in online publications. India has a British  colonial-era law which defines and criminalizes obscenity. In the past, various writers, artists, and poets have been charged with obscenity using that law.

In a recent Facebook post Bala thanked people for their support and vowed to continue his work:

Still, my computer and mobile phones are in police custody. Soon I will meet you all through my cartoons.

The case against Bala G will be an important one to watch as it may alter how courts define obscenity and freedom of expression — and how power and politics influence the process.