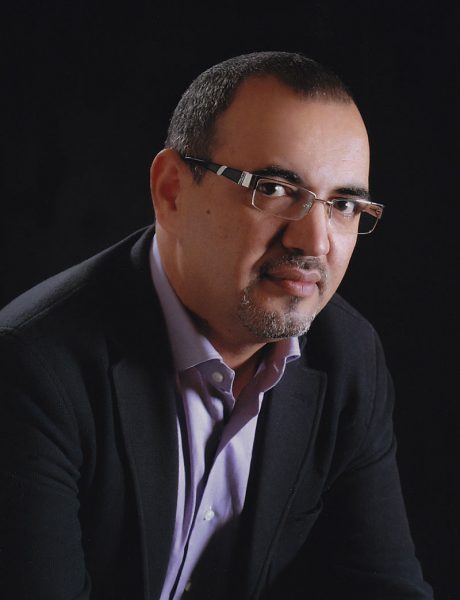 A Palestinian-Jordanian cartoonist is facing accusations of insulting religion and instigating religious strife over a cartoon depicting Jesus.

Emad Hajjaj was summoned for questioning by Jordan's public prosecutor on 31 October, after someone submitted a complaint accusing him of “insulting religion”. The cartoon, which was published on Twitter and Facebook, depicts Jesus on a cross denouncing the current Patriarch of the Orthodox Church of Jerusalem, Patriarch Theophilos III.

“I am Christ the son of Mary and I disown Patriarch Theophilos III and all of those who were involved with him in selling the properties of the noble Greek Orthodox Church to the Israeli occupation,” the cartoon's caption reads.

Hajjaj drew the cartoon in response to reports that the Orthodox Church in Jerusalem sold church property to Israeli settler groups to pay off church debt.

The cartoon was published on 29 October in the Al-Araby Al-Jadeed newspaper and on Hajjaj's social media accounts.

The cartoonist has worked with several local and regional newspapers and magazines that publish his cartoons. His works mainly address politics in the Middle East, including the Israeli occupation of Palestinian territories.

Hajjaj is currently free and has not been officially charged yet. However, according to the union representing Jordanian journalists, he will most likely be charged with “instigating religious strife” under the kingdom's Cybercrime Law. The law was amended recently to include a prison sentence ranging from one to five years for anyone convicted of “instigating religious, sectarian, ethnic and regional strife.”

Jordanian laws such as the penal code, the Cybercrime Law and the Press and Publications Law place several restrictions on users expressing themselves online. These restrictions include publishing cartoons or “fake or exaggerated news” about the royal family, publishing content that is deemed insulting to religion or which violates “Islamic values”, and defamation of state officials, government employees and the army.

any accusations of insulting religions should be removed from the penal code; [these are] criminalizing texts that violate the right to free expression and freedom of opinion. I stand in solidarity with Emad Hajjaj

Last year, writer Nahed Hattar was put on trial for sharing on Facebook a cartoon mocking how members of the extremist and violent group ISIS perceive God and paradise. Hattar received numerous threats after posting the cartoon, and was charged with “insulting the divinity”. On 25 September 2016, he was shot dead outside a court in the capital Amman, where he was scheduled to stand trial.

Hattar's assassination has raised questions in Jordan on the government's role in creating an environment where those who hold minority views are threatened and silenced. After all, it was the Jordanian government that brought a case against Hattar, and despite the threats against his life, authorities did not give him police protection.

Reflecting on the Jordanian government's policies of countering hate speech while clamping down on freedom of expression, Reem Al Masri, an internet governance expert with the media organization 7iber (pronounced Hiber) wrote:

Just like the father who rebuffs his children for their negative behaviors without looking at his role in generating them, the state turns away from hate speech.

When we consider the proposed definition of hate speech, we wonder: are actions taken by the government to demonize one of society's communities or deprive certain groups [of people] of their fundamental freedoms part of those acts that instigate hate speech? […] Every time the state threatens those who engage in what it deems “hate speech”, we need to look back at the basic facts: speech against religious, ethnic, and sexual groups is tormented in a political environment that repels pluralism and does not involve society in defining this type of speech.

By questioning Hajjaj, Jordanian authorities have once again shown that they remain unwilliing to build a safe environment where minority views are tolerated.