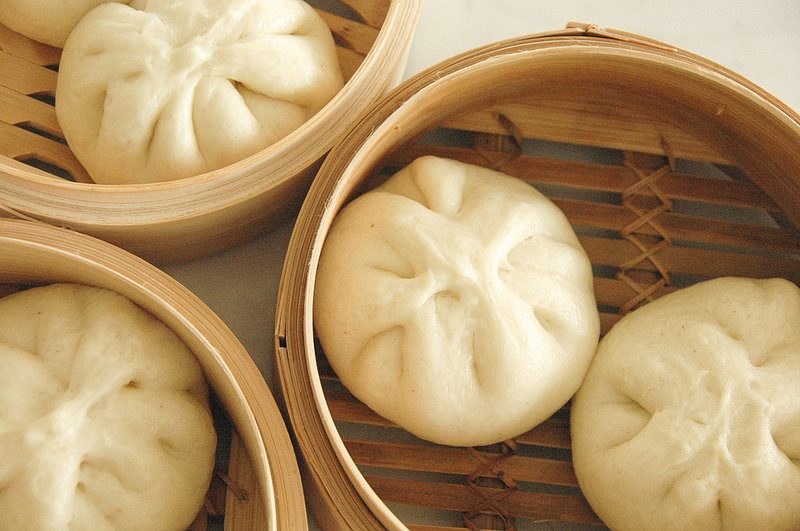 In China, it is no secret that chatroom conversations on social media platforms like WeChat or QQ are monitored and sometimes censored. But the consequences of posting “sensitive” content or opinions online are not as well known. Even for savvy internet users, it is hard to believe that such posts can sometimes land a person in prison.

In 2017, at least three Chinese netizens were arrested and jailed for making politically sensitive jokes in a chat room.

Wang Jiang Feng, a netizen from Shangdong was sentenced to 22 months in jail in April 2017 after being convicted of “picking quarrels and provoking trouble” when he jokingly referred to Chinese President Xi Jinping as Xi Baozi or “Xi the Steamed Bun” and then called him a “Maoist thug”. The maximum penalty for this crime is five years in prison.

“Baozi” or “Steamed Bun” has been Xi Jinping's nickname online since his surprise visit to a Beijing chain restaurant in December 2013, in which he ordered buns, causing a flurry of state media coverage that many netizens felt overstated the significance of buns in Chinese cuisine. The nickname Baozi also has a negative connotation as the expression “Tubaozi” means “country bumpkin” in Chinese. 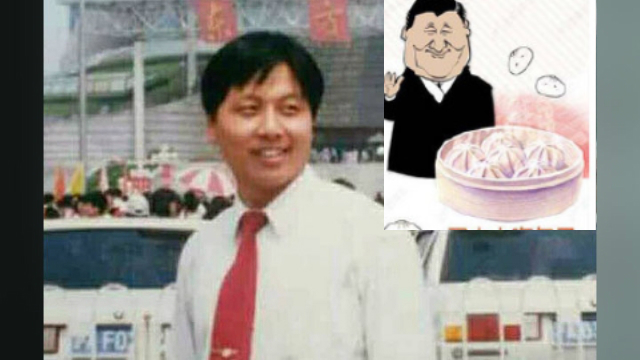 When Wang Jiang Feng joked about calling China's president “Xi the Bun”, he was sentenced to 22 months in jail. Image remix from Radio Free Asia's photo via Apple Daily News.

In September, Wang appealed the ruling and the court reduced his sentence by two months. The court said that by defaming the country’s leader, Wang could give people a negative impression of Chinese Communist Party, the Socialist System and the Democratic Dictatorship of the People and that his post would thus confuse people and cause social unrest, among other adverse effects that could “severely undermine social order.”

After his initial sentence was handed down in April, Wang’s defense lawyer Zhu Shengwu released his defense statement online, sparking intense discussions within the local legal community. Just a few days before the appeal, on September 21, the Shangdong Department of Justice revoked Zhu's license to practice law.

‘Come join ISIS with me’

A 31-year-old Chinese man was sentenced to nine months in prison for making a joke about ISIS in September.

The incident took place in September 2016. The man changed his profile picture to the image of the late al-Qaeda leader Osama bin Laden and a friend made a joke by saying that “Look, a big shot just arrived” to a chatroom with 300 people. The man then replied, “come join ISIS with me.” He meant this in jest, and the conversation soon moved on to other subject.

The man was arrested in October 2016 and charged with spreading terrorist and extremist propaganda, but Chinese police had no other evidence to support the charge. One year later, he was sentenced to nine months behind bars.

Any topic that concerns Muslims or Islam in China can be considered sensitive. In August 2017, a 49-year-old person of Muslim faith was sentenced to two years in prison for teaching sections of the Quran in three WeChat groups, each of which consisted of about 100 members. The details of this particular case have not been released to the public. The ISIS joke however was widely discussed on social media and many netizens felt the sentence was too heavy.

The third case concerned allegations that Meng Jianzhu, a top Communist party official, had been involved in corrupt activities, and that he had had an extramarital affair with popular singer Wang Fong. These allegations were made by exiled billionaire Guo Wengui on Twitter.

Following these allegations, which were widely publicized online, 41-year-old Chinese man Chen Shouli posted a tongue-in-cheek response to the news:

Guo, who has sparked considerable controversy with his allegations against various party leaders, had also at one time claimed that Meng had arranged the marriage of Wang to Zhou Xiaoping, who is a patriotic blogger praised by Chinese President Xi Jinping for his effort to spread positive energy online.

The Chinese police said that Chen's joke was “provoking trouble”.

All the three cases indicate that chatroom conversations in China are under surveillance and that chat records can be used as evidence in criminal prosecution. What’s worse is that the legal definition of “picking quarrels and provoking trouble” is so vague that it empowers the police to arrest citizens at a whim, even when the content in question is clearly in jest.