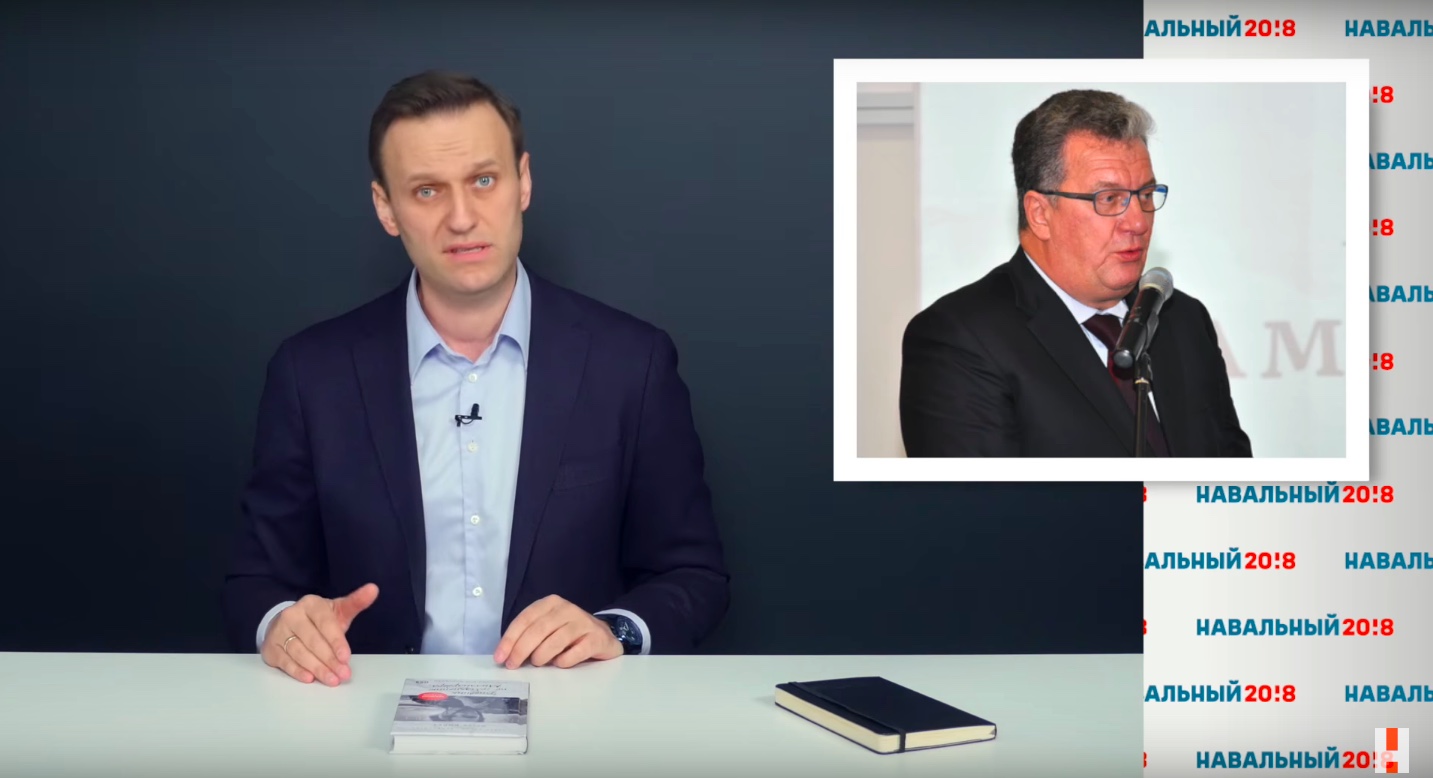 Although barred from running in the 2018 presidential elections, Russian activist Alexey Navalny has found a way to ensure he stays in the news.

On February 8, Navalny and his Anti-Corruption Foundation, an organization dedicated to publicizing corruption scandals and property holdings of Russian politicians, shined their spotlight on a trail of evidence linking a Russian oligarch and the Russian deputy prime minister.

The revelations have triggered a sharp response from Russian communications regulator Roskomnadzor, which ordered Instagram, YouTube and multiple Russian media sites to remove posts related to the scandal. Nearly all of the posts targeted have since been taken down, in one way or another.

From a ‘sex hunt’ to a national scandal

Navalny's report is based chiefly on the writings and social media postings of Nastya Rybka, a Belarusian national (real name Anastasia Vashukevich) and the author of a book entitled “Diary of a billionaire’s seduction.” In the book, Rybka describes her relationship with Oleg Deripaska, a Russian oligarch and aluminum industry billionaire, who has become a prominent figure in US media coverage of congressional investigations into Russian election interference.

US president Donald Trump’s one-time campaign chairman Paul Manafort resigned after it was discovered that he had reached out to Deripaska offering to provide inside information on the Trump campaign.

Using thinly-veiled code names, Rybka describes her visits with Deripaska, from the moment of their meeting to a trip on Deripaksa's yacht near Norway, where they made a secret detour to meet with Russian Deputy PM Prikhodko. This meeting on the yacht also appeared in a video on Rybka's Instagram account.

In a small snippet of conversation she captured in the video, we hear Prikhodko and Deripaska discussing the worsening of US-Russian relations, and speculating on why one American official has a negative opinion of Russia. Rybka's book also alleges that Prikhodko flew to Norway with the express purpose of meeting Deripaska.

This information had been available for some time in Rybka’s book, which was published in early 2017. But it seemed to have slipped under the radar of mainstream media, until Rybka captured Navalny's attention by posting a video online in which she declared to carry out a “sex hunt” targeting Navalny.

Despite Rybka's peculiar approach, upon reading her account of the relationship and reviewing her Instagram posts, Navalny decided that this was indeed a story. If the oligarch paid for the deputy prime minister’s travel arrangements, which seemed likely to Navalny's group, this would constitute a bribe.

Navalny brought Rybka's story into the spotlight with a featured video about the scandal on his website and YouTube channel. Navalny's video report on the revelations (which can be viewed here in its entirety with English and German subtitles) has already been viewed more than five million times in one week.

This wave of attention led Deripaska to sue Rybka on privacy grounds. Deripaska is married, so this is undoubtedly causing him some consternation at home.

In the meantime, Rybka's book has become a best-seller.

Deripaska also filed an injunction with Russia's federal media regulator, Roskomnadzor, asking the agency to demand that the videos and associated online reports be removed. This caused Roskomnadzor to unleash a blitz of censorship protocols that ultimately targeted Instagram, YouTube, Navalny's website and various Russian news sites, that were either pressured or ordered to take down all copies of the yacht visit video.  Most of the local sites — along with Instagram — have since complied.

The regulator ordered Navalny to delete the relevant post from his website, to which Navalny refused. ISPs were thus ordered to block navalny.com, though the group has now employed circumvention measures to keep the site accessible. Navalny responded by suing Roskomnadzor for threatening to blacklist his site.

Roskomnadzor also obtained a court order which it served to Instagram, demanding that the Facebook-owned social media site delete some of Rybka’s Instagram posts that figured prominently in the Navalny investigation. Instagram complied and deleted the requested videos, which now cannot be found on Rybka’s Instagram page.

Blocking the activist’s site outright drew the condemnation of some segments of Russian twitter. StalinGulag, a well-known tongue-in-cheek account, said:

YouTube has so far not complied with Roskomnadzor’s requests, but on February 15, YouTube removed the recording of Navalny's weekly live show on copyright grounds, in response to a claim from Russia's largest state-owned TV network. The timing of this move could be coincidental, but smacks of an attempt at political censorship.

It was a good show. 30 thousand simultaneous online viewers. But 20 minutes later they blocked it globally after Channel One [Russia's largest state-owned TV network] filed a copyright violation complaint (this must be for a minute-long clip from the “Putin” movie) [The Putin Interviews by Oliver Stone]

Stuck between the government and the user base

As Coda Story points out, this is just the latest manifestation of online platforms being targeted for censorship by the Russian government. If companies like Facebook (owner of Instagram) can be swayed by government demands, their critics say, then they are abdicating their role as promoters of expression and communication.

By submitting to pressure and demands of a government (whichever it may be), social media platforms demonstrate that they are willing to undermine user interests if a government does not approve of the content that their platforms help to make publicly accessible.

However, as Navalny pointed out in his suit:

In accordance with a decision of the Plenum of the Supreme Court, information can be disseminated without the approval of a citizen where there is public interest. This citizen is a public figure, and the publication of information is socially significant. The investigation’s goal was to expose facts of corruption on the part of a government official of the Russian Federation.

Given that Navalny has sued in an effort to affirm the validity of keeping these reports and videos online in the public interest, the social media companies involved could suspend further response until the courts have made a decision. But as Russian courts are not known for their independence, the Roskamnadzor bans are most likely to be upheld in the end.

Update: An earlier version of this article incorrectly stated that Oleg Deripaska also sued Alexey Navalny for libel, which he has not at the time of the update.