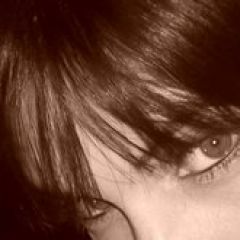 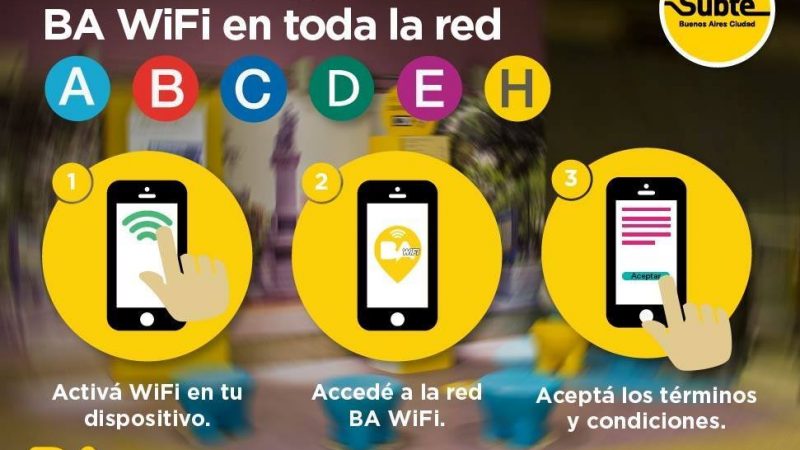 Public promotional image for the Metro WiFi connection in Buenos Aires: “BA WiFi throughout the network. 1. Activate WiFi on your device. 2. Access the BA WiFi network. 3. Accept the terms and conditions.”

A recent report by VICE Argentina reveals some disturbing facts about the terms and conditions that users accept — often without having read them — to access the WiFi network that the city of Buenos Aires offers for free.

Just like many modern cities, Buenos Aires has for some years now had a public wireless internet network that people can access from parks, plazas, bus and omnibus terminals, and even from the underground metro, thanks to the installations made by the Buenos Aires City Government (in Spanish, GCBA) in collaboration with the Underground of Buenos Aires State Society (in Spanish, SBASE).

The report points out how every user who wishes to use the BAWiFi (Buenos Aires Wifi) network must register themselves and accept the terms and conditions before accessing the connection. These terms, to which users hardly pay much attention, include giving permission to the GCBA and the SBASE to compile their personal and search data, such as name, username, password, identification number or work identification key (CUIL, which is an Argentinian tax identification number), nationality, gender, telephone number, postal address, and geolocation data, as well as photographs and voice data collected from whichever device the user connects to the network.

Another striking aspect of Buenos Aires's WiFi network terms and conditions is that, by accepting them, the user gives their consent to the City Government and to SBASE to make use of and to disseminate their photos and voice for advertising and communication purposes:

SBASE reserves the right to carry out the act of advertising, press, promotion, publication, and dissemination that it considers appropriate for the data provided by the USERS that make use of this Service. By the single provision of data and acceptance of the present terms and conditions, the USERS offer their express approval for the utilization and dissemination of their data and images (photo and voice) for advertising and communication media that SBASE and/or the Autonomous City Government of Buenos Aires might arrange.

VICE's work illustrates this fragment in a more straightforward example:

If you do [accept the terms and conditions], you should not be surprised to one day see, upon entering the station, your face on a giant print with the phrase: “From very early on Mondays through Fridays, (your first and last name) enjoys our service.”

The aforementioned description, however, is not as serious as what we cite below from Article 2, the section on “Term and Duration”:

SBASE will be able to establish new conditions and/or modifications to any of the clauses contained in these current terms and conditions and the privacy policies without needing to contact the USER for authorization.

In other words, users accept a contract where the terms and conditions can change at any moment without them knowing or agreeing to the new terms. This raises some serious questions about what could happen to all of the data and images the State has compiled and stored. In light of the impending reform to the current Argentinian Personal Data Protection Act, established in October 2000 as Law N° 25.326, it also raises a serious red flag.

Why does the SBASE need a user's labor key number? Why does the city government need to store any citizen's personal photos and voice notes? What other potential use could they have for this information, protected by future modifications to the data protection law or to the terms and conditions of the contract itself?

At the moment of this article's publication, the contract's text has not been uploaded to the City Government's or SBASE's official site for further reading and consultation. It can only be accessed from the subte, the city's metro.

Twitter user Tomás published the binding contract's complete text, which he had saved in a Google doc some time ago and, regarding the VICE report, commented:

This caught my attention and one time I sent them to myself via mail after accepting. I had never read them until today:

On social networks, there was very little reaction from netizens in response to VICE's publicized report (or the conditions themselves). Javier Pallero, an internet policy analyst for the US-based digital rights NGO Access Now, explains that there is very little awareness concerning privacy and that what is most worrisome about all of this is the fact that it is the state that is gathering this data: “It is the only entity that still has the capacity to take away your possessions, to deprive you of liberty, or, under certain circumstances, to legally shoot you.”

The users who access social network platforms, applications, and other digital services are accustomed to accepting their terms and conditions without reading them. Valeria Milanés, director of the Digital Association for Civil Rights (ADC), explains that “these are extremely large, binding contracts with very complex terminology. What should happen is that the text is accompanied by messages with very clear ideas about how they are going to use the data, for how long, in language that is as plain as possible.”

The data delivery has already been naturalized among users, to the point of being considered a relatively low price to pay for gaining the benefits of a “free” connection:

The most incredible thing of all: to the average Argentinian it doesn't matter, as long as they are given free wifi they will accept anything, “in the end they have nothing to hide.”

In other cases, the problem is simplified and a practical solution suggested: don't use the service.

Don't use it. No one is forcing you to do so.

The scant resistance by users for entering their data reflects a worrisome disinterest or ignorance of the potential risks involved in accepting terms and conditions that are not completely understood.

Censorship on the #BAWifi Network?

In another vein, the blog El Disenso (The Dissent) openly criticized the Buenos Aires City Government and the national government, reporting how its site was blocked from the Buenos Aires WiFi network after they published a series of investigations that, according to them, “made the GCBA uncomfortable.” The blog alleges that, on February 1st, various readers informed them that they could not access the website when they were connected to the BA WiFi network.

📌#ThisWeek, Thur 1/2 Censorship 👉#CensuraPRO: After reporting to #Larreta, the #BAWiFi blocked @ElDisenso – Now the #GCBA not only monitors you, but also decides what you can and cannot read!
Read all about it at @ElDisenso🇦🇷📢https://t.co/3qDQVHWapA

Horacio Rodríguez Larreta is the Head of Government for Buenos Aires, successor to the position that the current president of Argentina, Mauricio Macri, once held.

El Disenso presented its complaints before the Department of Protection of Citizen's Rights of the City of Buenos Aires and the company Subte BA. On February 7, it confirmed that access to the site had been reestablished on the network, which they described as an “erroneous URL blocking incident.”

Of course, many still question whether this incident was accidental or intentional.