Netizen Report: Russia is blocking millions of IP addresses, all because of the Telegram #IPocalypse 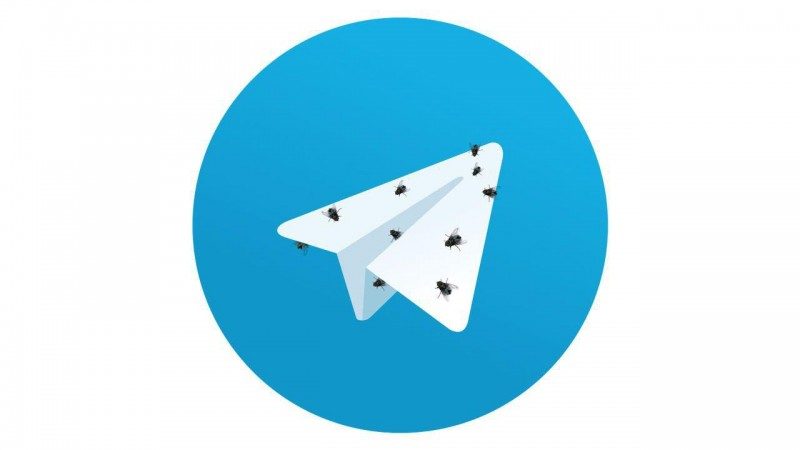 On April 16, Russia’s state media watchdog started blocking Telegram, the popular messaging app. Or at least it tried to.

The ban followed an April 13 court ruling asserting that Telegram had broken the law when the company refused to hand its data encryption keys to Russian security services.

In response, the Russian media regulator Roskomnadzor, which has no powers of its own to block websites, began sending orders to Russian ISPs to make Telegram’s IP addresses unavailable to Russian users.

This marked the beginning of a cat-and-mouse game in which Telegram reverted to cloud backup services provided by Amazon and Google. This in turn caused Roskomnadzor to start banning entire subnets containing millions of IP addresses in what is being referred to on social media as the #IPocalypse. Myriad business sites, communication platforms including Viber, Slack and Evernote, and nearly all websites hosted by Digital Ocean have been rendered inaccessible over the past three days. Just before this report was published, users reported that Microsoft Azure also had become inaccessible.

Ironically, Telegram itself is still up and running.

Days after Russia announced its ban, Iran’s Supreme Leader Ayatollah Khamenei announced that government entities would no longer be using Telegram, but instead would be promoting local social media networks. Global Voices’ Mahsa Alimardani told The Verge that though it “definitely seems more likely” that this could lead to an all-out ban on the service, it remains unclear whether the announcement signals a move toward shutting down Telegram in Iran.

Dear Facebook users: unless you’re in Europe, the GDPR won’t save you

With the European Union’s highly anticipated General Data Protection Regulation (GDPR) set to take effect on May 25, technology companies and users are trying to make sense of what the changes will mean for people in and outside of the EU.

Currently, the accounts of all Facebook users outside the US are governed by terms of service set by the company’s international headquarters in Ireland, which is part of the EU. But on April 17, Facebook told Reuters that it will be changing its terms of service so that only EU-based Facebook users will benefit from the privacy protections of the new EU rules.

Once in effect, the data of users outside the EU — all 1.5 billion of them — will instead be governed by US privacy laws, which are less comprehensive and more lenient by far than the EU framework.

Facebook’s WiFi Express is collecting user data in Kenya — but how much?

In Kenya, Facebook’s WiFi Express program may be collecting more user data than users realize. The program offers low-cost WiFi hotspots at bus stations, markets and meeting areas, in a partnership with ISPs wherein Facebook provides the WiFi hardware and ISPs provide the connection. The program is also running in Tanzania, Indonesia, India and Nigeria.

According to The Daily Nation, Facebook made an agreement with Ubiquiti, the company that built the WiFi hotspot operating systems, in which Facebook would be allowed to “insert its own software, or, as one industry insider described it, ‘little black box’, into each access point.” It remains unclear precisely how much or how little data these systems are capturing. But in light of recent events surrounding the unauthorized use of Facebook data by Cambridge Analytica, it may be cause for concern.

A congressional committee in Singapore conducted 50 hours of public hearings on the issue of “deliberate online falsehoods,” or disinformation. Representatives from Twitter, Facebook, and Google, various academic and policy groups and civil society organizations spoke.

Civil society members who argued against creating new legislation to curb the spread of disinformation reported that they were “harangued, harassed, threatened and misrepresented” in the hearings. Multiple speakers were interrogated about their previous writings and research, but not invited to offer their opinions on the matter at hand.

As of March 2018, Tanzanian bloggers must register and pay over USD $900 per year to publish online. The new rule is the result of updates to the east African country’s Electronic and Postal Communications Regulation. Another update imposes prohibitions on content including nudity, hate speech, extreme violence, “content that causes annoyance” and fake news. The new rule has taken effect swiftly. Just this week, pop music artists Diamond Platinumz and Nandi were arrested for having allegedly posted “indecent” content on social media.

In a recent update to the company’s App Engine, Google eliminated “domain fronting”, a technical maneuver that had become an important loophole for circumventing online censorship. Services like Signal, GreatFire.org and Psiphon’s VPN services had used Google as a proxy, through which they could route traffic, to mask its actual origins. While the company is aware of the ways in which websites and services used the loophole, Google told The Verge that this was never an intended feature of their system.

Internet service providers in Egypt will soon be vulnerable to criminal prosecution if they refuse to block online content. Under Article 31 of Egypt’s pending cybercrime law, ISP administrators could be subject to up to one year in prison and a fine of LE $500,000 for disobeying censorship orders issued by the Criminal Court. Under the terms of the law, such a move would constitute a “threat to Egypt’s national security.”