Several editors and staff reporters of Cambodia's Phnom Penh Post resigned after expressing concern that the sale of the 26-year old newspaper to a Malaysian public relations executive would undermine its editorial independence.

Phnom Penh Post was recently bought by Sivakumar S Ganapathy, who is the managing director of Malaysia-based ASIA PR company.

Staff at the Phnom Penh Post published a news article about the sale, which described the business profile and interests of ASIA PR and mentioned that the company completed a project entitled “Cambodia and Hun Sen’s entry into the Government seat.”

The project appears to have been conducted on behalf of Cambodian incumbent Prime Minister Hun Sen, who has been in power for three decades. ASIA PR's website does not offer further details about the project.

Representatives of the newspaper’s new owners asked the editor-in-chief, Kay Kimsong, to remove the article, alleging that it contained “factual errors”.

Kay Kimsong refused and was fired as a result. Other editors and foreign reporters of the paper have resigned in protest.

The article was soon removed from the website but it has been saved and reposted online.

The newly resigned Phnom Penh Post editors took to social media to expose how the editorial policy of the new management could undermine freedom of the press in Cambodia.

Parting words Monday from former EIC Kay Kimsong: “I am happy for running the front page today. I think that is what the profession of journalism is all about – their job is telling the truth. The owner does not accept the truth” https://t.co/KJ4zmhQ3NP

Our editor-in-chief was fired because he stood up for independent journalism and refused to take down an article shedding light on our new publisher. Four others have resigned.
Dire day for freedom of press in Cambodia. pic.twitter.com/7XMgbJYWe9

After hour-long discussions with the @phnompenhpost ‘s new owners, seven more foreign staff members, including me, have resigned. Under these circumstances we feel that our editorial independence has been undermined to an unacceptable extent.

After being ordered to remove my story regarding the sale of the Phnom Penh Post from the website by new management, I refused and offered my resignation, which was accepted. I wish the fantastic journalists at The Post all the best.

The new owner of the @phnompenhpost ordered us to take down the article detailing the sale of the newspaper. I will not be returning to work at the Post. I am devastated at the prospect of not being able to work everyday with the some of best journalists I know. I wish them well.

Today we have had seven more resignations from @phnompenhpost, including, I’m sad to say, my own.

We are really feeling for our Khmer colleagues, some of whom have worked for the Post or other independent media outlets for decades. It is a sad day for all of us, but especially for them. There are looming question marks over the transparency of reporting going ahead.

Our new overlords would like us to know that journalism is about only what literally happened. No analysis, no context, no wider implications. #freepress

Phnom Penh Post has been widely regarded as Cambodia’s only independent professional news site since the government shut down dozens of radio stations over tax and licensing issues in 2017. Cambodia Daily, a major English language daily, was forced to close operations after it was slapped with a hefty tax.

The selling of Phnom Penh Post to a company with alleged links to the ruling party has worried many groups, including the political opposition. Many fear that it will completely stifle criticism and press freedom in the country.

This is happening at a time when people with dissenting views are being detained, the opposition party is facing legal persecution, and Hun Sen is being accused of suppressing free speech ahead of upcoming general elections.

Chak Sopheap of the Cambodia Center for Human Rights paid tribute to Phnom Penh Post while highlighting the implications of changing the paper’s editorial independence and integrity:

It is difficult to overestimate the crucial role that the Post has played in Cambodia over the years. It has consistently spoken truth to power, fearlessly exposed corruption, and unflinchingly held a mirror to Cambodian society – often revealing uncomfortable truths.

Cambodian democracy and its pillars – press freedom and civil society – lie in ruins. 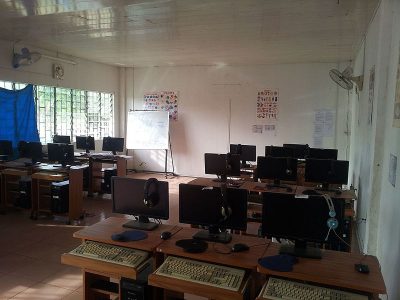