Netizen Report: What do Iran, Pakistan and Russia have in common? They all ban Telegram. 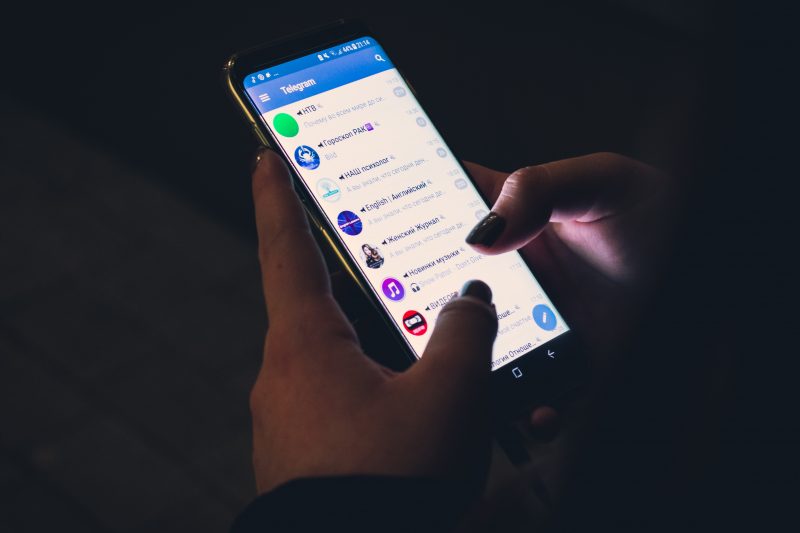 Photo by Christian Wiediger on Unsplash. Free to use.

In a concerning development for the future of encrypted mobile apps, Iran and Russia blocked the messaging service Telegram within weeks of each other in April.

A Moscow court announced the ban on April 13 after Telegram’s CEO repeatedly refused to comply with demands to give law enforcement agents access to the app’s encryption keys.

Roskomnadzor then began banning millions of IP addresses in the attempt to shut down the service — incidentally blocking business sites and other communications platforms including Viber, Slack, and Evernote.

Later that month, the Iranian judiciary issued an order to block Telegram, asking ISPs to ensure it is inaccessible even when using circumvention tools.

Authorities cited national security in their decision to ban the app, which had been temporarily censored during anti-government protests in December 2017 and January 2018.

Since the order went into effect, Iranians have also reported that they’ve experienced the throttling of encrypted traffic and problems when trying to access other platforms like the Apple App store and WhatsApp.

It’s not the first time a country has made Telegram unavailable. Pakistan instituted a block on Telegram across all telecommunications networks in November 2017 following an order by the Pakistan Telecommunication Authority.

The agency has not yet provided a clear reason for the ban, though some have speculated it may be linked to Telegram’s encryption, which company CEO Pavel Durov said he refuses to compromise.

And Indonesia briefly blocked access to the messaging service in 2017 over concerns that it was being used to spread “terrorist propaganda.” In response, Durov promised at the time to take swifter action to shut down public channels containing “terrorist-related content.”

Concerns are high over the editorial independence of Cambodia’s Phnom Penh Post after it was sold to a Malaysian public relations executive. Editor-in-chief Kay Kimsong was fired after he refused to remove an article about links between the new owner’s PR firm and Cambodian Prime Minister Hun Sen. Following Kimsong’s termination, several editors and staff reporters also resigned in protest.

Since protests in Gaza began on March 30, journalists on the scene have come under fire by Israeli soldiers. Two Palestinian reporters, Yasser Murtaja and Ahmed Abu Hussein, were killed, despite wearing gear that clearly identified them as press. Photojournalist Yaser Qudeih was shot in the stomach and remains in serious condition. Several others have been injured, hit with live ammunition, rubber bullets, or chemical gas. Reporters Without Borders has asked the International Criminal Court to investigate.

Uzbekistan no longer has any journalists behind bars

In a move celebrated by human rights defenders, Uzbekistan released Bobomurod Abdulloev and Hayot Nasriddinov, two journalists detained in late 2017 for “anti-constitutional activities.” For the first time in the last two decades, there are no journalists imprisoned in Uzbekistan, once known as one of the world’s most despotic regimes.

Activists protesting against Vladimir Putin’s fourth term as Russian president reported that their mobile phone signals were intentionally degraded by telecom operators. Others reported their phone numbers were de-listed on law enforcement authorities’ request. One of the companies, Beeline, denied de-listing phone numbers and blamed the disruptions on network overload.

Mumbai police filed a complaint against filmmaker Ram Subramanian for tweeting comments that they alleged were derogatory about Prime Minister Narendra Modi and his mother on Mother’s Day. Subramanian’s account was then temporarily suspended by Twitter shortly afterward for having “violated the Twitter Rules.”

Facebook reveals details of how it enforces community standards

For the first time, Facebook published a transparency report about how it deals with content that violates community standards. According to the report, most of the posts removed by the company in the first three months of 2018 were spam or from fake accounts, while 21 million were taken down for featuring adult nudity and sexual activity, 3.5 million were scrubbed or given a warning label for showing violence, and 2.5 million were deleted for containing hate speech. While the company says it uses automated techniques to flag nudity and graphic content, the technology “still doesn’t work that well” for hate speech.

More than 3,100 Google employees signed a letter in protest of the company’s involvement in Project Maven, a US Department of Defense-funded initiative to improve drone strike targeting with artificial intelligence. A second letter signed by more than 700 researchers urged Google executives to support an international treaty prohibiting autonomous weapon systems.