Algerian blogger sentenced to ten years in prison, in another blow to free expression 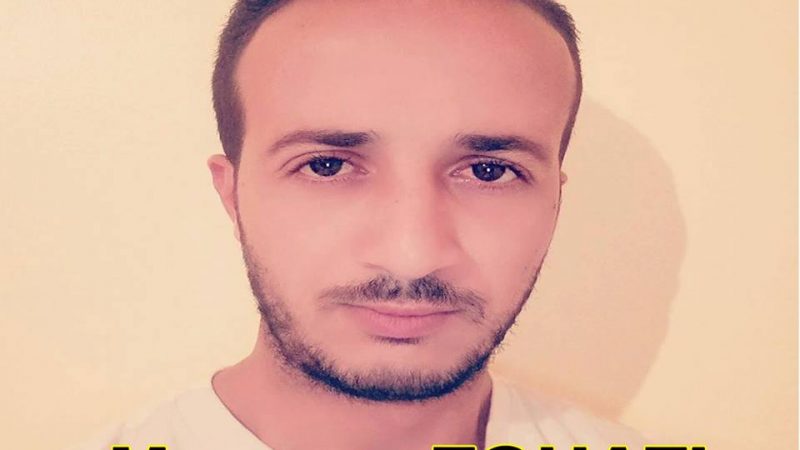 Merzoug Touati. Photo shared on the facebook page of his blog Alhogra

An Algerian court in the city of Bejaia sentenced blogger Merzoug Touati to ten years in prison on 24 May. His crime? Reporting online about anti-austerity strikes, job protests, and human rights violations committed by Algerian authorities.

Touati, who has been in jail since January 2017, was convicted of providing “intelligence to agents of a foreign power likely to harm Algeria's military or diplomatic position or its essential economic interests”, for conducting and posting online an interview with an Israeli official.

On 9 January, 2017 Touati posted an interview with Hassan Kaabia, the Israeli foreign ministry's spokesperson for Arabic-speaking media on YouTube and on his blog, Alhogra, which is no longer online. The interview focused on protests and riots that erupted in the northern province of Bejaia and other parts of the country, with Algerians voicing their opposition to austerity measures including an increase in value-added, income and property taxes, and a decrease in fuel subsidies.

In the interview, Touati asked Kaabia about claims made by an Algerian government minister that foreign powers had meddled in the country's affairs and orchestrated the protests. Kaabia denied any Israeli involvement.

Kaabia also told Touati that before 2000 there was “communication” between the Algerian and Israeli governments, but could not confirm if Algeria hosted a diplomatic office representing Israel in the past.

Algeria and other Arab league governments, with the exceptions of Egypt and Jordan, do not officially recognize or have diplomatic relations with Israel due to the latter's occupation of Palestinian territories. However, some governments currently and in the past have maintained communication channels with or hosted offices representing Israel. Such relations are often kept secret by Arab governments due to the popular support to the Palestinian cause in the region.

Touati is expected to appeal the sentence in the coming weeks.

Merzoug Touati’s arrest, trial and sentence is further proof that freedom of expression remains under threat in Algeria, where the authorities continue to use a range of repressive laws to quell dissent.

Freedom of expression is under siege in Algeria and Touati's conviction is but the latest of a series of legal threats targeting people who cross certain red lines. Many social media users, bloggers and journalists who have cast a discerning eye on ailing president Abdelaziz Bouteflika (who has been ruling the country since 1999), the police, the judiciary, and religious institutions have been subject to legal threats from state authorities.

Blogger Slimane Bouhafs is currently serving a three-year jail sentence over posts deemed insulting to Islam. Saïd Chitour, a media fixer and stringer who worked for international media outlets such as the BBC and the Washington Post, has been in jail for a year now. Algerian authorities accuse him of “complicit relations with a foreign power”.

Despite the threats and the restrictions, a number of activists gathered in Bejaia in the evening of 6 June to demand the release of Merzoug Touati.

Will their calls be heard? Or will they once again fall on deaf ears?