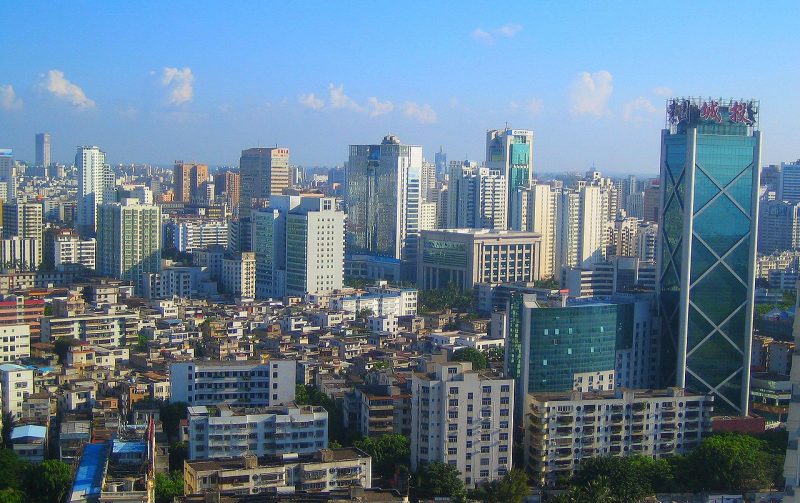 Netizens in mainland China are expressing outrage over a proposal of the Hainan government that would enable access to overseas social media platforms that are otherwise censored in China.

The policy was met with firm criticism when it was released on June 21, on the provincial government website. Some described it as being “unfair” to other provinces, charging that it gives special privileges to the Hainan, an island province in the South China Sea that is popular among foreign tourists. Others called the policy a form of “information apartheid.”

A day later, the document was withdrawn from the site and all online criticisms were removed.

On the list of 25 measures included in the provincial government's “Three year action plan to boost international tourism in Hainan” is a plan to create special zones where visitors (foreign tourists and business people) would have open access to popular foreign social media platforms including Facebook, Twitter and YouTube. The document stresses that the action plan was in alignment with Chinese President Xi Jinping’s decision to transform the touristic island into a free-trade port by 2020.

China has strict control over its domestic internet and does not allow its citizens to access the majority of websites hosted outside the country.

The Hainan government’s plan to grant tourists access to popular social media sites seems like a step toward openness for outsiders. But many mainland Chinese netizens have responded with concern  over what appears to be a double standard.

Tellingly, most of the critical comments about the action plan have been deleted from social media platforms. Below are some collected by Radio France Internationale:

This plan is the most shameless kind of reverse discrimination. Piece of trash!

Back to the semi-feudal and semi-colonial stage.

Though the Hainan government has taken down the document, the policy is likely to remain as is, given that Haninan has been designated as a special economic region by the country's top leader.

In April 2018, President Xi declared that the central authority of the Chinese Communist Party had decided to support the Hainan plan to set up a free trade harbour and would create space to experiment with economic development.

Twitter user @yjpc1989 said he had anticipated this development a year prior:

Last year, I told my friend that Hainan would become a country within a country. Now it has come true.

“Hainan province has plans to construct an internet oasis for tourists and let them use the internet in a normal way.”

Baozi [“the Bun,” a nickname for President Xi] is no fool. The measure is intended to strengthen inland control — to create a Cultural Revolution on the continent while turning Hainan into Hong Kong.

Why do you think Mao [Zedong] did not take Hong Kong back? Because they needed a window [steam valve]? Otherwise Jiang Qing could not have produced so many movies. The Hong Kong-ization of Hainan will create an adventure land where the privileged can connect with western culture.

Hong Kong is a special administrative region of China with a high degree of autonomy. Chung Kin Wah, a professor in Hong Kong, agreed that such “special freedoms” are a theme in Chinese history. He wrote on citizen news outlet inmediahk.net:

About 30 years ago [in mainland China], there were some special shops set up for foreigners or visitors. They had to pay with “foreign exchange coupons.” At that time, there was no internet, yet the control over the flow of information was the same. At that time, people could only buy Newsweek, Time and the Economist in big hotels or guest houses like the White Swan or Dongfang Guesthouse in Guangzhou or the Beijing Guesthouse in Beijing.

So the plan to allow foreigners to go online freely in Hainan, a distinctive special region, is not such a big deal. Things have to be segregated. For some people, [open internet access] is normal, for others, it is abnormal. This so-called “freedom” is a line drawn by the forever-correct Chinese Communist Party for its people.

Hong Kong and Macau are thus far the only two cities which enjoy open internet access. The freedom of the two ex-colonial cities was written into their mini-constitutions under the principle of “One Country, Two Systems” when their sovereignty were transferred back to China in 1997 and 1999 respectively.