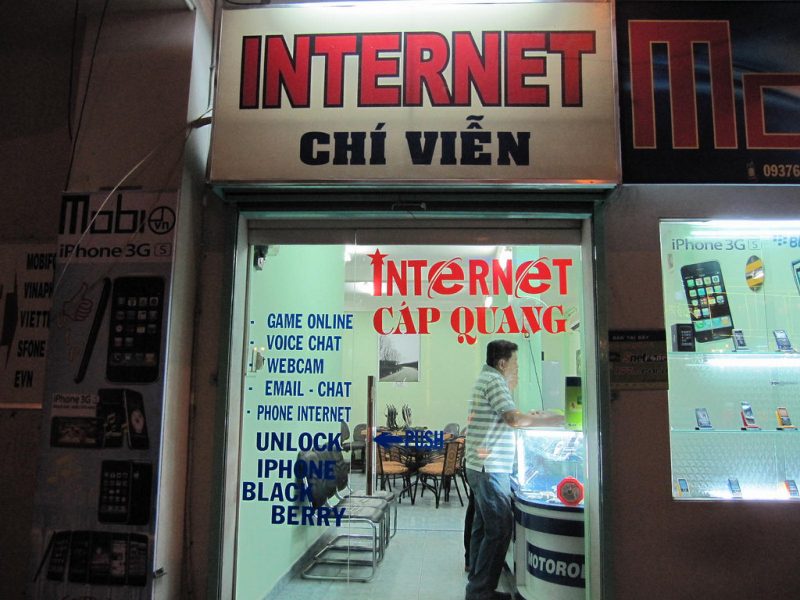 A new cybersecurity law in Vietnam may usher in a new era of increased online censorship, privacy-invasive data processing methods, and deprivation of internet connections for organizations and individuals who publish “prohibited” content.

Critics say the law could worsen attacks on freedom of expression and negatively affect the business prospects of technology companies.

Drafted by the country’s Ministry of Public Security, the law was passed by the National Assembly on June 12, 2018 despite the rare public opposition expressed by some lawyers and netizens. The legislation goes into effect on January 1, 2019.

Article 26 of the law obliges foreign tech companies to:

“provide user information to the specialized task force for cyber security protection under the Ministry of Public Security upon receiving written requests”;

“erase information, prevent the sharing of information that has content” prohibited by the Vietnamese government “within 24 hours of receiving a request” from the Ministry of Information and Communications or Ministry of Public Security; and

“not provide or stop providing services on telecommunication networks, Internet, and value-added services for organizations and individuals that publish on cyberspace” content prohibited by the Vietnamese government.

Human Rights Watch identified some of the broad provisions that could be used by authorities to arrest and detain activists and critics of the state:

Prohibiting “the use of cyberspace” to “prepare, post, and spread information” that “has the content of propaganda opposing the State of the Socialist Republic of Vietnam,” or “offends the nation, the national flag, the national emblem, the national anthem, great people, leaders, notable people, and national heroes” (Articles 8 and 15);

Prohibiting the use of cyberspace “to organize, carry out, collude, urge, buy off, dupe, entice, train, or coach people to oppose the State of the Socialist Republic of Vietnam,” or “to distort history, deny revolutionary achievements, [or] undermine national solidarity” (Article 8);

“…information that propagandizes, urges, campaigns, incites, threatens, causes division, [or] entices people to gather and cause disruption” (Articles 8 and 15).

Nguyen Phu Trong, General Secretary of the ruling Communist Party of Vietnam, explained why the law is necessary for the country:

There are people who take advantage of the Internet to instigate protests and disruptive behavior aimed at overthrowing the government. We need this law to protect this regime.

The government also argued that the law will create tech jobs and enhance the digital economy. But Asia Internet Coalition has a different view:

…these provisions will result in severe limitations on Vietnam’s digital economy, dampening the foreign investment climate and hurting opportunities for local businesses and SMEs to flourish inside and beyond Vietnam.

Authorities said foreign companies including Google and Facebook say they intend to comply with the new law. Amnesty International responded, reminding the companies of their commitments to human rights:

Your company has a responsibility to respect the right to privacy and freedom of expression. This responsibility exists over and above domestic legal requirements.

Amnesty International calls on your company to challenge the draft law and make known to the Vietnamese government your company’s principled opposition to implementing any requests or directives which violate fundamental human rights.

The UN High Commissioner for Human Rights in Asia also expressed concern about the law:

#VIETNAM: @OHCHRASIA is concerned that this law may be used to further crack down on dissenting voices in the country. We encourage the Government of Viet Nam to provide an enabling environment where freedom of expression, both online and offline, is protected.

Public protests against the law

On June 10, tens of thousands of Vietnamese rallied across the country to protest the two bills — the cybersecurity bill (which was then still in draft) and a law on Special Economic Zones (SEZ), a proposed regulatory scheme that would loosen market, investment and communications restrictions in areas of the country where foreign businesses are located, in an effort to boost the economy.

Demonstrators were focused primarily on SEZs, which many believe will allow China to exploit the country’s resources.

But activists also mobilized support for the campaign against the passage of the proposed Cybersecurity bill.

Activists estimated that more than one hundred people were arrested at the protests, among them a US citizen, William Nguyen.

On June 11, 74 lawyers submitted a petition to the parliament criticizing the loopholes in the cybersecurity bill which they said violate the human rights provisions enshrined in the country’s Constitution. They attached an online petition signed by more than 40,000 citizens calling on the Parliament to reject the bill.

Despite this rare public display of dissent, the National Assembly deliberated on the Cybersecurity bill on June 12 and passed it with 423 votes of approval and 15 objections while 28 had no opinion on the measure.

Legislator Nguyen Lan Hieu wanted authorities to specify the agency responsible for deciding whether a piece of online content is deemed illegal and suggested that this should be left in the hands of the courts.

Vietnam Right Now noted that the emergence of legislative opposition to the bill proves that the measure is divisive and controversial:

The sign of some dissent in the National Assembly is an indication of how controversial the new law is seen.

Even such limited opposition is extremely rare in a body normally seen as a rubber stamp legislature that is selected, directed and manipulated by the Communist party and its affiliate organisations.

ASEAN Today published an editorial underscoring the real intent of the Vietnamese government:

Despite the government’s claims, control is at the heart of the new legislation.

With Vietnamese offices, the government could pressure companies to administer stricter censorship. They could also pressure them into revealing individual dissident identities.

Data localisation will erode user anonymity and pose a threat to government critics.

Before the passage of the Cybersecurity Law, Vietnam is notorious for using vague laws to persecute individuals accused of conducting “anti-state propaganda”. The new law, once it takes effect next year, could legitimize an intensified crackdown on groups and individuals who have been using the Internet to promote religious freedom, environment protection, democratic reforms, civil liberties, and peaceful activism.