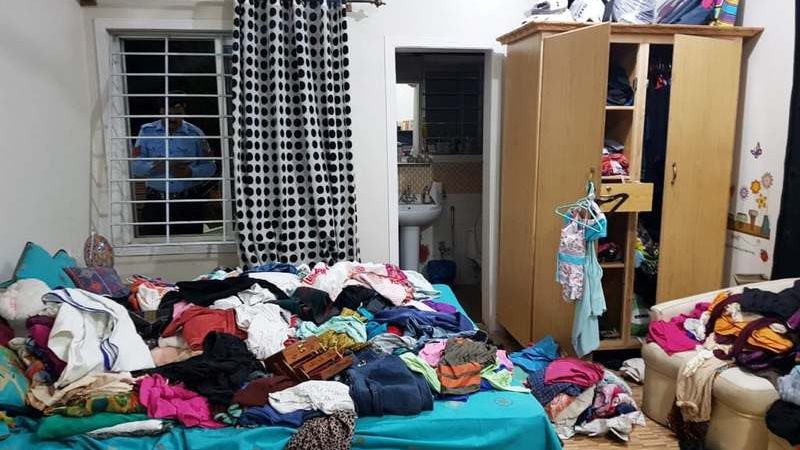 With national elections less than one month away, Pakistani journalists and activists are seeing a rise in attacks and intimidation of themselves and their loved ones.

This election will mark the second time a democratic transition of power will occur in the country's history. The first peaceful transition was in 2013, when Asif Ali Zardari’s Pakistan People’s Party (PPP) [1] handed the reins of government over to Nawaz Sharif’s Pakistan Muslim League (PML-N) [2]. Prior to 2008, no democratic government had completed its five years in office.

Against this backdrop, attacks on journalists and activists demonstrate the will of powerful forces — of which there are various in Pakistan — to keep power in the hands of certain actors, and to prevent independent voices from holding power to account.

On June 21 in Islamabad, Daily Times [3] correspondent and human rights defender Marvi Sirmed found her home had been ransacked [4] after she and her family returned from a visit to Lahore. Two laptops, one smartphone, passports of family members and some other travel documents were taken.

Extremely disturbing. @dailytimespak [5] correspondent & staff writer @marvisirmed [6]’s home in #Islamabad [7] was ransacked while she & her hubby @sirmedmanzoor [8] were away for Eid holidays. Everything scanned but only laptops,1 smartphone & travel docs taken by the ‘thieves’. #ruleoflaw [9] pic.twitter.com/biO1vzdIMx [10]

The Human Rights Commission of Pakistan [12] (HRCP) expressed serious concern the raid on Sirmed's home. In a statement issued on June 23 [13], the Commission has said:

Our council member Marvi Sirmed’s long-standing record as a human rights defender speaks for itself in an environment that is increasingly hostile to criticism, much less dissent. That the family’s travel documents were stolen along with their laptops and smartphone, and their home so deliberately ransacked, are not the marks of commonplace burglary

Activists and journalists in Pakistan are also seeing a rise in threats against their family members. Pakistani blogger Ahmad Goraya, who resides in the Netherlands and is known on Facebook for his satirical critiques of Pakistan's military, claimed on Twitter [14] that men from Pakistan intelligence agency ISI visited his elderly parents on June 20. According to Goraya, they told them they had “loud and clear orders” to abduct and torture his father and attack his family, all to teach Goraya a lesson.

Thread : Men from Pakistani intelligence agency ISI visited my elderly parents in Pakistan yesterday 20th June. They said loud and clear that they have orders to abduct and torture my father and attack my family to teach me a lesson. This is not the first incident.

This is not the first of Goraya's encounters with such forces. In January 2017, Goraya went missing [16] for nearly three weeks. After he was released, he told the BBC [17] that he believed the people who kidnapped and tortured him were linked with a government institution.

HRCP unequivocally condemns the attempt to cow #humanrights [19] defender @AWGoraya [20] into silence. To use a person’s vulnerable elderly parents as leverage is nothing short of cowardly. https://t.co/REfHTSnUY3 [21]

The Commission made a public statement [18] following the incident:

The Commission has also expressed its alarm at the growing frequency with which human rights defenders are being targeted. HRCP calls for a public and transparent investigation of the incident to make it clear that such callous attempts to intimidate human rights defenders or their families are unacceptable and unconstitutional. This ugly state of affairs simply cannot be allowed to continue.

Earlier this month, journalist and activist Gul Bukhari was abducted [23] in Lahore. She was on her way to Waqt TV Studio for a talk show when she was intercepted by unknown persons.

The Committee to Protect Journalists [24], an independent organization working to promote press freedom worldwide, expressed alarm over Bukhari's disappearance and called on the police to ensure her prompt and safe return:

CPJ is alarmed by reports that @gulbukhari [25] has been abducted in Lahore. Police should do everything in their power to investigate and ensure her prompt and safe return. Pakistani journalists have seen enough tragedy. https://t.co/9ZmQcul4xp [26]

After a brief disappearance Bukhari was back home [28] and spoke out via Twitter expressing her appreciation for all those who joined hands for her well being including friends, family, colleagues as well as supporters in civil society and journalism.

I would like to express my deep gratitude and love to my friends, family, colleagues & supporters in civil society, journalism and politics across the board, for coming together in solidarity out of concern for my well being last night.

Concerns about freedom of expression and press censorship are also growing in the run-up to the election. In recent months, the Jang Group’s Geo TV has been pushed off the airwaves [30] across most of the country. A number of newspaper editors have been forced to drop dissenting columns [31] from newspapers. Some journalists, including Asad Kharal [32], have been assaulted publicly for being critical in their writings.

In Pakistan, many such incidents have political motives and the attacks on journalists often go unsolved. In the current climate, with the dominance of the military [33], a lack of electoral reforms, low levels of literacy, and the marginalization of left-wing movements, Pakistan’s obstinate adherence to democracy is a testament to the country’s resilience and belief in the power of elections.