If Google goes back to China, it will be on the government's terms. What will that mean for human rights? 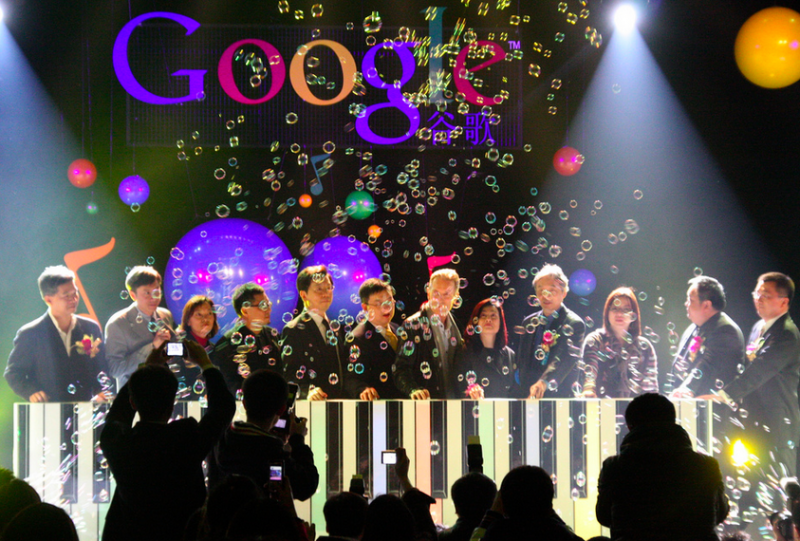 A Google music search product launch in Beijing, 2009. Photo by Keso via Flickr (CC BY 2.0)

A report by The Intercept published on August 1 says that tech giant Google may soon launch a censored version of its search engine in China.

Drawing on internal documents from Google and an interview with a source from the company who spoke on the condition of anonymity, the independent media outlet reported that the company is developing a customized version of its Android search application (app) for the Chinese market. Code-named “Dragonfly”, the app would automatically identify and censor websites like Facebook, Twitter, Instagram, Wikipedia, British Broadcasting Corporation (BBC), Global Voices and many others that are currently blocked by China's so-called Great Firewall.

Google left the Chinese market in March 2010 following criticism for complying with government censorship orders. But in recent years, under the leadership of Sundar Pichai, who became Google's Chief Executive Officer in 2015, the tech giant has tried very hard to reconnect with the Chinese market despite considerable human rights implications.

When Google left the Chinese market, executives cited concerns over human rights, censorship, and blocks on access to information. And these conditions haven't changed — China enacted a cybersecurity law in 2016 that strengthened China's already-stringent online censorship and surveillance practices and made it obligatory for foreign companies operating in China to turn over user data, including the encryption keys, upon official request.

The Intercept source says the Dragonfly project accelerated after a December 2017 meeting between Pichai and the Chinese Communist Party’s top ideologue, Wang Huning. Google staff apparently have already performed a demonstration of the app for Chinese government officials. If released, the app will have to compete with Baidu, the native search engine that presently dominates China's market.

Google may be prepared to compromise human rights principles for the Chinese market. But it will still depend on the Chinese government to grant its entry.

Internal documents also indicate that the search app will be operated by a joint venture partnership between Google and a China-based company (yet to be identified). This is a standard approach for foreign companies wishing to operate in China.

Sources for The Intercept say the finalized version of the app could be launched in the next six to nine months, pending official approval. But this may not come easily. On August 3, Chinese state-affiliated media outlet Securities Daily denounced the Intercept report and quoted a Chinese analyst saying that Google could not re-enter China in the near future.

The recent experience of tech giant Facebook in China may provide a cautionary tale to its Silicon Valley competitor. Just two days after Facebook announced plans to open an innovation center in China, its Cyberspace Administration stepped in and barred Facebook from receiving a license to operate.

It is unclear what will happen next. While Google may not be able to enter China any time soon, the Intercept story reveals a disturbing trend among United States-based tech giants that appear prepared — even eager —  to sideline human rights principles in order to grow their businesses.

The anonymous source from Google told The Intercept:

I’m against large companies and governments collaborating in the oppression of their people, and feel like transparency around what’s being done is in the public interest […] what is done in China will become a template for many other nations.

The news about Google’s plan has attracted a lot of discussion among Chinese Twitter users. Many have been critical of the move.

One Twitter user referred to the recent activities of Apple in China and its subsequent rise on the stock market, a potential motivator for other companies to enter China:

Today Apple Inc. has sprung up again. Its market value is now more than US$100 billion dollars. The key factor behind its growth was the 40% increase in i-phone sale in Chinese market in Q3. In the context of a China-US trade war, the market has been worried about the future of Apple. But the strong performance in the Chinese market in Q3 has boosted the market confidence. The market is starting to believe that Apple Inc. has found its way out of the US-China trade war with its “country specific” business strategy. This is likely the motivation behind Google’s “re-strategizing”.

Apple Inc. transferred operation of its iCloud data center in mainland China to a local, state-managed corporation called Guizhou-Cloud Big Data in February 2018. While the company stressed that it still controls the encryption keys for user accounts and had not handed these to the local partners, Chinese users still worry that their privacy may be jeopardized.

There is no question that Google would be subject to the same regulatory requirements that led them to leave China in 2010, but it seems that Google's priorities may have changed. This could significantly impede on the human rights of users in China — and potentially elsewhere, depending on how product and service infrastructures are built.

Thus far, Google has not commented on the Intercept's report.