Cairo court has sentenced the prominent figure to five years 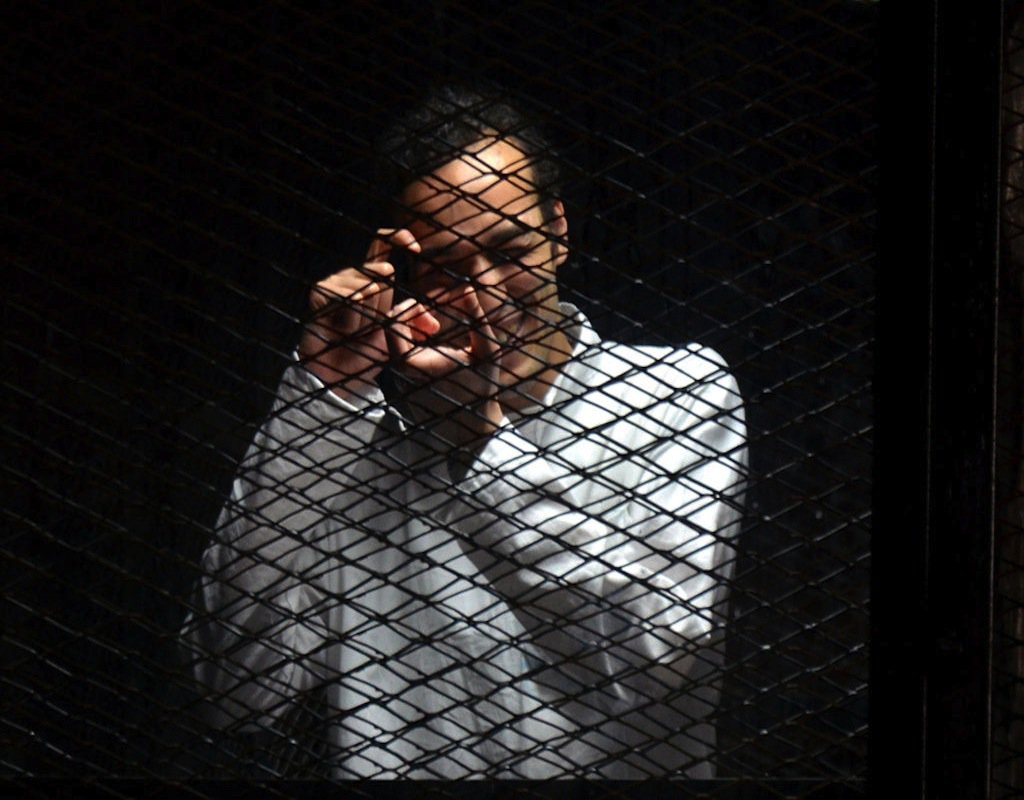 Egyptian photojournalist Mahmoud Shawkan was sentenced by a Cairo Criminal Court to five years in prison for covering the 2013 clashes of Rab'aa El Adaweya sit-in dispersal. But since he has been in detention for more than five years already, his lawyer said he will be able to walk free in the next few days.

Shawkan's verdict was part of a mass trial that included 739 people charged after the violent dispersal of a protest camp in support of former Egyptian president Mohamed Morsi in 2013. During the same trial, 75 prominent members and affiliates of the Muslim Brotherhood were sentenced to death.

Shawkan, 31, was accused of murder and being affiliated with the Muslim Brotherhood which has been designated as a terrorist group by several governments in the region.

President Morsi was toppled from power after mass demonstrations took place against the latter in late June of 2013. Morsi's ouster, which was led by incumbent President Abdelfattah el Sisi, was followed by one of the most violent crackdowns on Islamists and dissents, leaving a vacuum in the opposition scene in Egypt.

Shawkan's detention has been prolonged because of postponed trials without having ratified official charges. Both charges and trial postponements have been criticized by the public and led to global campaigns calling for Shawkan's release. Some of the groups which campaigned for his freedom include Press Behind Bars, Press Uncuffed, Freedom for Shawkan, and Shawkan Photo Awards – a contest that aims to distinguish photojournalism in Egypt.

Torah prison, one of the most famous jails across Egypt known for harboring political prisoners, was where Shawkan has been detained. In March 2015, Shawkan wrote a letter published by the Committee to Protect Journalists (CPJ), describing Torah prison as a cemetery:

It is a place where dreams come to die. A five-star paradise by Egyptian prison standards, I sleep on a cold tiled floor, I hang my bags of belongings on nails over my thin mattress. There is a tiny “kitchenette” where we prepare our food. We have a single element electric cooker, which we also use for warmth in the winter months. The “kitchenette” is adjacent to a squat-down drop toilet, which is basically a hole in the concrete floor. Both areas are separated by a hanging blanket to try and provide an element of privacy. Our dignity was left at the prison gates.

In April 2018, Shawkan was the first Egyptian to be awarded the UNESCO Press Freedom Prize after being selected by an independent jury of international media professionals, an honor that was denounced by Egypt's foreign ministry and the parliament.

Rejoice over the verdict

The impending release of Shawkan was celebrated by rights groups and social media activists. Former political prisoner Mohamed Soltan asserted that the freelance journalist should not have been detained in the first place:

Shawkan, an award winning journalist, was sentenced to 5 years in prison (which he already served).

Shawkan will be released. Thats very good news he’ll finally be free. BUT he shouldn’t have been in prison for being a photojournalist in the 1st place. https://t.co/i5AmFEDjes

Fantastic news that Shawkan will soon and finally be free. But only because he has already served 5 years in jail – the sentence he was handed today. He never should have been behind bars. He was arrested while doing his job as a photographer. #Egypt https://t.co/Ot8Ht74Pg2

TV Presenter Osama Gawish criticized the sentencing of victims of the Raba'a massacre:

Congratulations for Shawkan and all heroes who will be released. All shame on every judge who has no conscience and stained justice and sentenced other victims of Raba'a massacre.”

Despite one good news among many other bad ones, at least a family is happy today for the first time since five years. Congrats on your freedom, Shawkan”

Court convictions in support of crackdown?

Although Shawkan's release is a win for defenders of human rights, his verdict was part of a mass trial that saw 75 individuals receiving the death penalty.

The court's sentence is in line with President Abdelfattah el Sisi's systematic approach to arrest Muslim Brotherhood members following a second victory in the presidential elections this year in which his only challenger was a supporter of his campaign, placing greater political power in the hands of the military.

Whether by mass arrests or political prosecution or systematically forced disappearances, Sisi has been doing everything possible to finish off the Muslim Brotherhood since he became president in 2014.