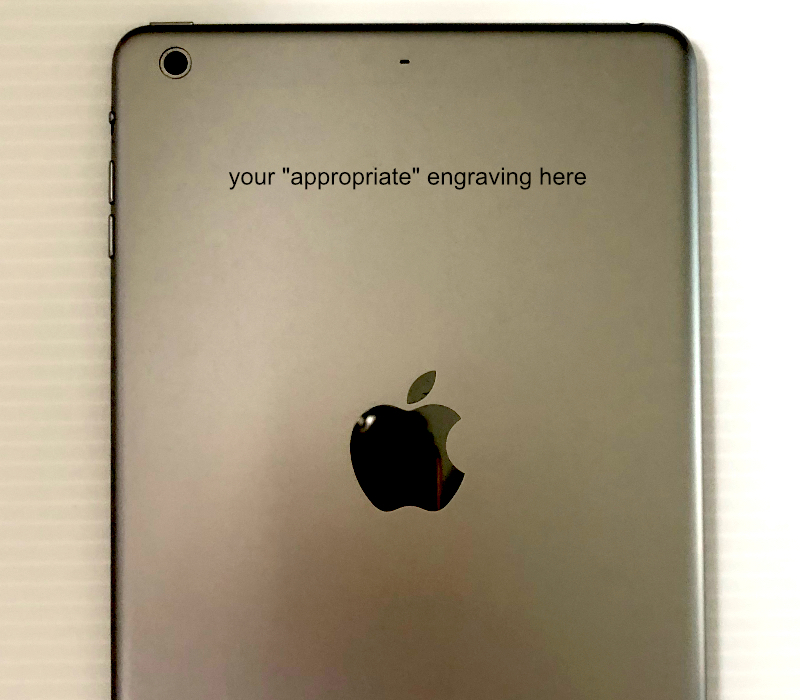 The following post was written by Chris Cheng and published [1] on Hong Kong Free Press (HKFP) on November 2, 2018. The republication is based on a partnership agreement.

The names of some Chinese state leaders and activists have been deemed “inappropriate words” and censored from the latest versions of a device-engraving service offered for the iPad, iPod Touch and Apple Pencil, Hong Kong Free Press has found.

When customers order one of these devices from Apple’s website, the company offers to have the device engraved free of charge. However, Apple's Chinese-language websites for stores in Hong Kong and mainland China have banned certain words from the service.

For instance, if a customer types “Xi Jinping” (the name of China's president) in Chinese characters, the following warning appears: “Inappropriate words are not allowed.” Customers are unable to save the engraving text or proceed with the purchase.

Tests by HKFP showed that the issue is location and language-specific. “Xi Jinping” is still permissible in English when entered into the English-language Hong Kong website.

If one tries to “Xi Jinping” in Cyrillic, however, on either the Chinese or English-language Hong Kong stores, the website returns the message: “These characters cannot be engraved”. However, the mainland China store accepts the name in Cyrillic.

“Xi Dada,” a common nickname for Xi, is banned in traditional Chinese characters in both the Chinese-language Hong Kong and China stores, but it is permitted in simplified Chinese.

The names of some — but not all — of the state's most prominent critics are banned too. The name of late Nobel Peace Prize laureate Liu Xiaobo [2] is accepted, but the name of his wife, the prominent poet Liu Xia, is banned. “Falun Gong” is also banned.

“Guo Wengui,” a Chinese billionaire in self-imposed exile who often attacks top state leaders, is not allowed in simplified Chinese characters. But if a customer requests that “Guo Wengui” be engraved using traditional Chinese characters, it will be accepted.

“Hong Kong independence” is allowed in all forms on the store website, but the phrase “one-party dictatorship” is banned on the Chinese language local site.

The word “fuck” and Chinese equivalents such as 操 and 屌, are also banned. As a result, words containing those Chinese characters are banned too, such as the name of ancient Chinese warlord “Cao Cao” (曹操) and the word “gymnastics” (體操).

Another Chinese character – 幹 – meaning “fuck” is allowed. But if customers use the character to create profanities, the word is banned. Other profanities such as “shit” and “piss” are also banned.

Wong Ho-wa, a software engineer, told HKFP that the results showed that censorship was taking place, but “it seems broken.”

“I suspect it was done by artificial intelligence,” he said. “I believe the original intention was to prevent words with negative sentiment or obscene words from being engraved, but Apple did not realise that some politically sensitive words – which are not negative – were not allowed as well.”