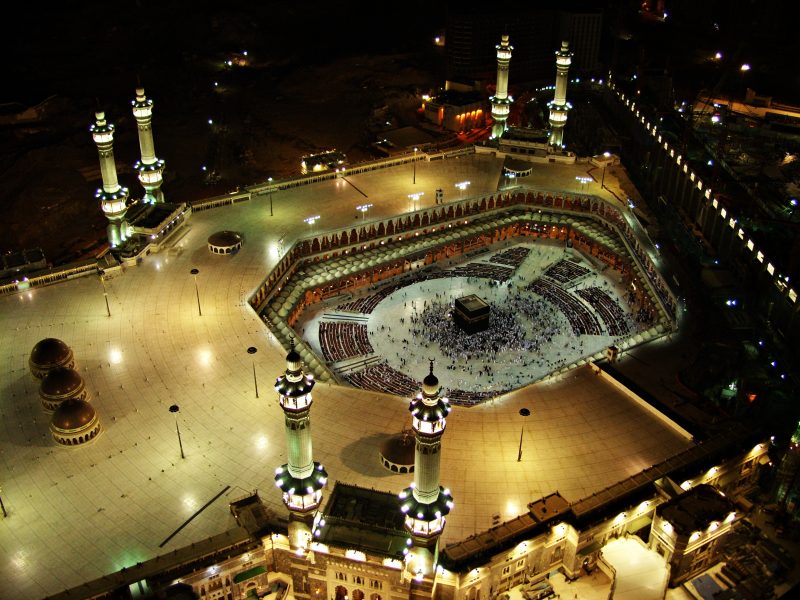 When Saudi journalist and Washington Post columnist Jamal Khashoggi was killed last October in the Saudi consulate in Istanbul, it cast a long shadow on the exercise of free speech for journalists from Saudi Arabia and across the Arab region.

The resulting political fallout also shook some of the most powerful institutions and voices in Islam.

After the circumstances of Khashoggi's disappearance and death came to light, multiple world leaders openly accused Saudi crown prince Mohammad Bin Salman of ordering the journalist's murder. In what appeared to be a response to these accusations, the Imam of the Grand mosque in Mecca delivered a Friday sermon on October 19 in which he exalted Bin Salman, the Kingdom's de facto ruler.

Sheikh Abdulrahman al-Sudais lauded the “modernizing reforms” of Bin Salman and denounced attacks against “these blessed lands” in his sermon, which was pre-approved by Saudi authorities. He went on to conclude that “it [was] the solemn duty of all Muslims to support and obey the king and the faithful crown prince, the protectors and guardians of the holy sites and Islam.”

Responding in a opinion piece for the New York Times, UCLA School of Law professor Khaled M. Abou El Fadl said the sermon had “desecrated and defiled” the podium of the prophet.

“By using the Grand Mosque to whitewash acts of despotism and oppression,” he wrote, “Prince Mohammed has placed the very legitimacy of the Saudi control and guardianship of the holy places of Mecca and Medina in question.”

With its theocratic system of governance, this is not uncommon in the ultraconservative kingdom. In fact, Saudi leaders have long used religion as a tool of political power since the Kingdom's inception.

Every year, millions of Muslims from around the world travel to Mecca to perform Hajj or pilgrimage, one of Islam's five pillars. This has allowed the Saudi government to claim a special form of religious legitimacy in Islam. The Kingdom has exploited this legitimacy to gain and maintain political power.

When the first Saudi state was established in 1744, Muhammad ibn Saud, emir of the small oasis town of Diriya, made a pact with religious leader and theologian Muhammad ibn Abd al-Wahhab. Abd al-Wahhab started an ultraconservative religious movement (today known as Wahhabism) based on an austere interpretation of Quran and prophetic traditions.

Fanack, an independent media and analysis site focused on the MENA region, explains that the union was intended to “create an Islamic realm ruled by a strict interpretation of Islam.”

This first Saudi state collapsed decades later, and a second state was established in 1824, only to collapse again in 1891. In 1924 and 1925, the Ibn-Saud family invaded Mecca and Medina (Islam’s two holiest cities) respectively, with the help of Wahhabi fighters. In 1932, the Kingdom of Saudi Arabia was established. Ever since, Saudi rulers have continued to use religion to serve their political interests.

Today, the kingdom's history is at the top of mind for many Saudis as they grapple with rising levels of repression under the leadership of Mohammad Bin Salman. Religious clerics are enlisted to treat those who denounce rights violations or call for reform as “enemies of Islam,” and state authorities continue to deploy religious discourse to serve the political interests of rulers.

In January 2019, Saudi Minister of Islamic Affairs Abdullatif Ibn Abdulaziz Al-Sheikh condemned the Arab uprisings of 2011 and 2012, describing them as “poisonous and destructive to the Arab and Muslim human.”

In an implicit reference to criticism targeted at the kingdom after Khashoggi's murder, the Minister denounced what he described as ”unjust attacks from the enemies of Islam” and accused Muslims who are critical of the kingdom and its policies of “spreading sedition, bringing discord, and inciting against their rulers and leaders.”

Reflecting on the link between Wahhabism and political oppression, Saudi human rights activist Yahya Assiri, who lives in exile in London, tweeted on January 13

Oppression is a comprehensive system, and [in our country] it is enabled by religion. When Ibn Saud and Ibn Abd al-Wahhab allied, Saudi Arabia and Wahhabism grew as a malignant twin. Our country will not survive unless we get rid of the Saudi Wahhabi oppression. As we have said this, others, with a good intention, have said that Wahhabism is a religious movement, while it is purely political

But the voices of people like Assiri are silenced in Saudi Arabia.

Another such voice is that of Abdullah Al-Hamid, one of the founders of the now-dissolved Saudi Civil and Political Rights Association (ACPRA), who is currently behind bars.

Al-Hamid is serving eleven years in prison for his human rights activities, on charges that include “breaking allegiance to and disobeying the ruler,” and “inciting disorder by calling for demonstrations.” He was convicted in 2013 by the infamous Specialized Criminal Court, established to try terror-related cases but often used to go after human rights activists.

Rights groups reported that Al-Hamid began a hunger strike on 17 February. In a statement attributed to him and published by the MBS MeToo human rights platform, Al-Hamid announced that he’s demanding the release of imprisoned human rights activists and political prisoners. 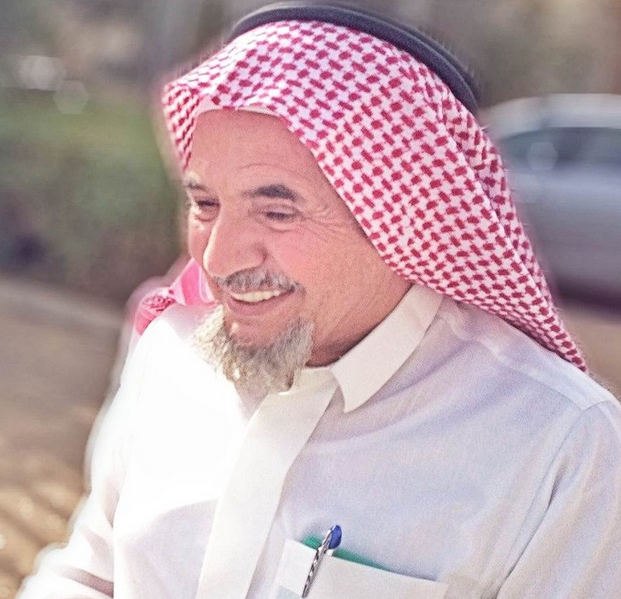 In addition to his human rights activism, Al-Hamid is a poet and an academic. In his writings, he has used Islamic texts and traditions to call for democratic reforms, advocate for human rights, and to critique the religious institutions that enable repression in Saudi Arabia such as the Council of Senior Scholars, the kingdom’s highest religious body which advises the king on religious matters.

He once accused the Council of serving to support ”those who steal the people’s money, dignity and freedom” and of playing a role in ”harming citizenship, plurality, tolerance” and ”producing violence and extremism.”

He also has advocated for a “modern religious discourse that embraces a consultative rule” and he opposed what he described as the “common religious discourse” in the kingdom which “calls for prayer behind a unjust Imam…even if he violated [one's] freedom, justice and equality.”

While silencing those who challenge the government's official discourse, Saudi Arabia has also taken a hard line against clerics who are not sufficiently supportive of the Crown Prince's policies and actions.

Saudi clerics Sheikh Salman Al-Awda, Ali Al-Omari and Sheikh Awad Al-Qarni were all arrested in September 2017 on various charges that include their alleged ties to the Muslim Brotherhood. Rights groups say the charges were brought on because the clerics did not vocally support the severance of diplomatic and economic ties with Qatar by Saudi Arabia and its allies. And all three may face the death penalty.

At 62, Sheikh Salman Al-Awda is a prominent cleric with a massive social media following, not only in Saudi Arabia but across the Arab region. The combined number of his followers on Instagram, Facebook, Twitter and YouTube is more than 22 million. He previously expressed support for the Arab uprisings of 2011 and called for democratic reforms in the kingdom and the region.

Amnesty International and other human rights groups linked his arrest to a tweet posted on 8 September, in which he reacted to news reports of a potential reconciliation between the nations. In the second part of the tweet, he wrote: “May God harmonize between their hearts for what is good for their people”.

Ali Al-Omari is a religious scholar and the chairman of 4Shbab, a youth-focused Islamic TV channel. In contrast to others, he was not vocal on political issues in the Kingdom. He even once tweeted in support of the Kingdom’s leaders, and posted a tweet praying for Bin Salman’s success when he was appointed crown prince back in June 2017.

Sheikh Awad Al-Qarni faces a number of accusations that include supporting the Muslim Brotherhood, outlawed in Saudi Arabia, and slandering the Kingdom, its policies and its systems.

Several other clerics are also currently behind bars in Saudi Arabia. Some have called for democratic reforms in the kingdom, like Al-Awda, while others voiced opposition to Bin Salman’s policies or social reforms. Others like al-Omari previously expressed support to Saudi rulers and the Crown Prince.

What these cases confirm is that under Bin Salman’s de facto-rule, silence is no longer enough. Beyond a mandate to stamp out “independent” voices — the words of anyone who is not writing in service of the Kingdom's leadership or political agenda — clerics must go the extra mile and outwardly praise the Crown Prince and Saudi leadership.

The opinions and ideologies of those prisoners of conscience currently behind bars in Saudi Arabia, including women’s rights defenders, human rights defenders, Shia protesters and religious clerics, may vary. But under the de facto rule of Bin Salman, these individuals are all subject to injustices at the hands of Saudi authorities including arbitrary detention, solitary confinement, torture, and enforced disappearance. To legitimise and whitewash these acts of oppression, Saudi rulers never hesitate to use religion as a cover-up.