Shawkan will remain under ''police observation'' for another five years 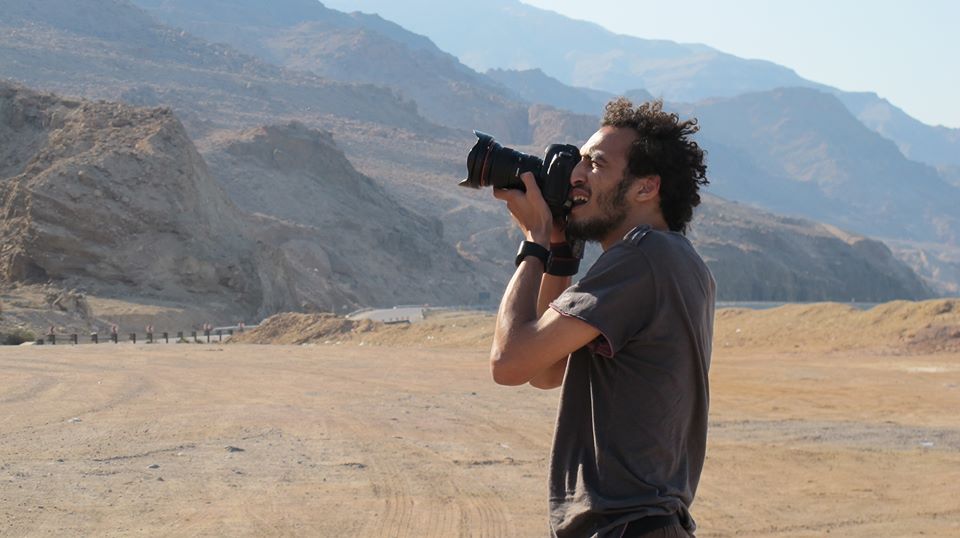 Shawkan was arrested in August 2013 while he was covering a sit-in opposing the removal of former Egyptian president Mohamed Morsi. Photo shared by the Freedom for Shawkan campaign on Facebook.

After more than five years in jail, Mahmoud Abu Zeid, also know as Shawkan, was released from prison in Egypt on March 4.

The Freedom for Shawkan campaign announced the journalist's release in the early hours of Monday by posting a photo of the journalist with his father and brother.

Shawkan was detained on August 14, 2013 as he was photographing the Rabaa El Adaweya sit-in, in which supporters of former Egyptian president Mohamed Morsi gathered to protest a military coup that ended his presidency on July 3 that same year. Egyptian security forces killed at least 817 people and injured many more, according to Human Rights Watch, when they dispersed the sit-in.

Shawkan, who was working for Demotix at the time of his arrest, spent almost four years in pre-trial detention before his sentencing. This was in violation of Egyptian law, which sets the maximum limit to two years. He was tried along with 739 other defendants in what came to be known as the “Rabaa Dispersal Case”.

On Septembr 8, 2018 a Cairo Criminal Court convicted him on spurious charges of murder and affiliation with the Muslim Brotherhood, now designated as a terrorist group by the Egyptian government.

Despite having spent five years in jail, Egyptian authorities kept Shawkan in prison without official explanation. In November 2018, Egyptian media outlet Mada Masr found that Shawkan and 214 others were made to stay in prison for an additional six months, because prosecutors deemed them incapable of paying for damages incurred during the sit-in and its dispersal.

Despite his release, Shawkan will remain under “police observation” for an additional five years, which means he will have to report to a police station every day at sunset. He will be made to spend the night at the police station, until there is a court order to decrease what they call “precautionary measures.”

Press freedom remains under siege in Egypt, where authorities continue to arrest, prosecute and harass independent media workers. On January 29, authorities at Cairo International airport detained journalist and human rights researcher Ahmed Gamal Ziada upon his arrival from Tunisia, where he is studying journalism. Following his detention, Ziada was disappeared for two weeks, until he was charged with spreading false news on social media on February 13. On March 2, he was granted release on bail, pending investigation.

On February 19, security officials at the same airport detained New York Times correspondent David D. Kirkpatrick upon his arrival. Kirkpatrick had his phone confiscated and was held for seven hours without food or water, the New York Times said. He was then expelled back to London without an explanation.

Algeria  22 May 2020
END_OF_DOCUMENT_TOKEN_TO_BE_REPLACED
Cancel this reply