Want your rights protected? Prepare to get attacked on Twitter. 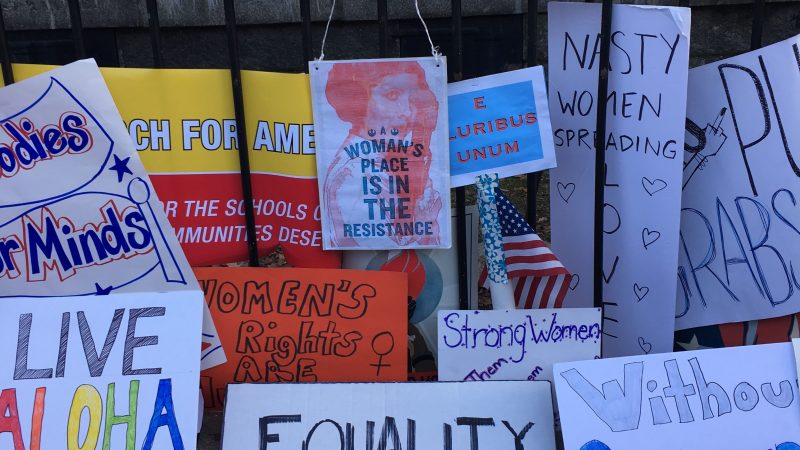 The Advox Netizen Report offers an international snapshot of challenges, victories, and emerging trends in technology and human rights around the world. This report covers news and events from March 22-28, 2019.

Feminist activists in Malaysia and Pakistan are confronting a spike in online harassment triggered by their participation in public events marking International Women’s Day, on March 8.

Women’s groups around the world organized public rallies, marches, and educational events for the UN-recognized occasion. Alongside issues such as access to education, labor rights and political representation, many of these public gatherings put forth strong messages condemning sexual violence and harassment of women and LGBTQI people.

More than anything else, those last messages seem to have triggered the online backlash. In Pakistan, the Digital Rights Foundation’s online harassment helpline received a high number of calls from participants who had received threats of sexual violence, death, and acid attacks.

Feminist writer Bina Shah posted about the threats on Twitter. She also noted that Twitter itself was failing to respond to women’s requests that these threats be removed from the social media platform:

In the backlash of the @AuratMarch2019 @AuratMarch, dozens of accounts have been reported by multiple users for threatening violence and targeted harassment against the women who marched, but @twitter @TwitterSupport says these threats don't violate Community Standards. @jack

In Malaysia, the photos and profiles of several Women’s Day marchers were widely shared in chat groups and social media pages, so that they could be targeted for abuse. Some were threatened and bullied by strangers and even family members and employers.

Datuk Seri Mujahid Yusof Rawa, the country’s minister in charge of religion, further stoked the online vitriol when he accused the Women’s Day march of “misusing the democratic space to defend things that are wrong in the religion of Islam.”

On March 14, the police announced that seven Women’s Day organizers are under probe for sedition and for violating the Peaceful Assembly Act.

Happy Pakistan Day: No mobile services for you.

Residents of Pakistan’s capital city Islamabad were unable to use mobile phone services for a few hours due to a network shutdown that coincided with a military parade held on March 23 to commemorate Pakistan Day. The date marks the anniversary of the 1940 resolution that became the basis of Pakistan’s independence from Britain.

Although in 2018 the Islamabad High Court declared arbitrary network shutdowns to be illegal, an appeals court granted a stay on the decision. Since then, authorities have invoked security concerns on several occasions to cut access.

Despite the pleas of more than five million people in Europe — through petitions and public marches — the European Parliament approved the much-maligned EU Copyright Directive on March 26.

The Directive obligates member states to introduce laws requiring internet platforms like YouTube to block users from uploading copyright-protected content, effectively imposing a system of “prior censorship” on major internet and social media platforms. The Directive also calls on for-profit media outlets wishing to quote more than a few words from another source will be required to pay fees to the authors or “rightsholders” of those sources.

Diego Naranjo, a senior policy advisor for the coalition group European Digital Rights (EDRi) said that the directive, and in particular Article 13, “sets a dangerous precedent for internet filters and automatised censorship mechanisms – in the EU and across the globe.”

Journalist in Mozambique held for 70 days without charge

A Mozambican journalist who was arrested while reporting on a trend of violent attacks on small villages in Mozambique's province of Cabo Delgado has been behind bars for more than 70 days without trial. Authorities have accused Amade Abubacar of “violating national security” and “incitement to disobedience by means of computerised devices,” but have yet to issue formal charges.

The 32-year-old was briefly detained at a military base, despite not being a member of the armed forces. He later told the Mozambican Bar Association that he was tortured and denied food. Authorities have declined to charge him to court or grant a second request by Amade’s defence team requesting for his provisional release.

A local activist was sentenced to two years in prison for Facebook posts that were critical of Vietnam’s highly restrictive Cybersecurity Law, which requires internet companies to store their data inside the country and remove content if ordered by the state. Le Minh The is a member of the pro-democracy group Hien Phap and an outspoken advocate for free expression. He is one of six activists and bloggers who are currently being prosecuted for peaceful opposition to the government, according to Human Rights Watch.

Wanna throw an egg at Singaporean official? Don’t say it on Facebook.

Singaporean Facebook user Edmund Zhong is under police investigation for posting a comment indicating that he wanted to throw an egg at Law and Home Affairs Minister K. Shanmugam. The 20-year-old national serviceman left this comment in a Channel News Asia Facebook post about an Australian teen who threw an egg at a conservative Senator: “I wanna do that to K Shanmugam. I swear.”

Three days later, Zhong received a police notice informing him that he is being probed for the offense of “communicating an electronic record to incite violence” under Section 267C of the Penal Code. If found guilty, Zhong may face fines and/or a prison term of up to five years.

The government has a long track record of blocking news sites that publish critical information. Notwithstanding, the process for pulling the plug was recently streamlined to make it even easier: Now, security agencies can block websites centrally without obtaining authorization from the Bangladesh Telecommunication Regulatory Commission.