When sharing information is vital, censorship can have deadly consequences. 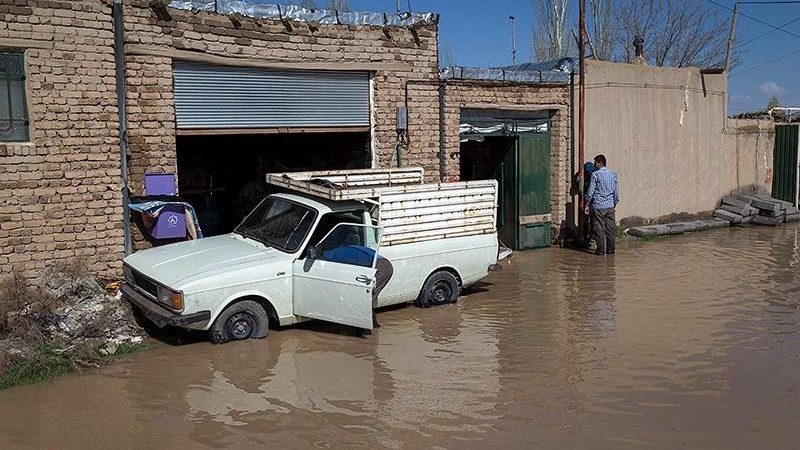 The Advox Netizen Report offers an international snapshot of challenges, victories, and emerging trends in technology and human rights around the world. This report covers news and events from  March 28- April 5, 2019.

Since March 19, heavy rains in Iran have led to record levels of flooding in 23 of the country’s 31 provinces. At the time of writing, the state-affiliated FARS news agency reported that health officials had confirmed 62 deaths from the floods so far.

As aid workers mobilize to reach victims — and controversy brews over the effects of economic sanctions on relief efforts — some Iranians, including government officials, are imploring top authorities to lift technical blocks on key communication platforms like Telegram, which has been censored in Iran for roughly one year. Access to communications, as many have pointed out, can be vital for victims seeking help and for anyone organizing rescue operations.

“If filtering was not an obstacle, the rescue operations would have been more effective,” tweeted Alireza Moezi, the secretary of the government’s Information Council, on March 24.

BBC Persian reporter Kayvan Hosseini tweeted that in these circumstances, censorship could be a “deadly phenomenon.”

This tweet has two important aspects both of which are terrifying: One about the dangerous situation caused by landslides and falling mountain rocks and the other about his VPN not working. In situations where sharing information is vital, censorship can turn into a deadly phenomenon.

As if to add insult to injury, Iranian authorities also have warned citizens that they could be prosecuted for their online postings about the floods.

The state’s cyber police force issued a statement on March 27 indicating that police units had been “instructed to monitor social media and take swift action against those who publish images and spread rumors that disturb public opinion and disrupt the peace in society.”

A video has surfaced in Iran showing the arrest of a Telegram channel administrator that took place in Omidieh, Khuzestan province in February 2019. The video shows plainclothes security forces at the home of the administrator, aggressively arresting him on unknown charges.

The Telegram channel (the name of which has not been made public) captured the attention of the government, as they criticized the use and sale of government lands, and pointed to evidence of corruption among the council and government officials, including the public prosecutor, operating in Omidieh.

Tehran’s public prosecutor told IRNA, the official news agency of the government, that all of the channel’s administrators were arrested, but no official charges are known. He also explained Iran’s cyber police force had been monitoring their activities for some time before these arrests.

With India’s election cycle beginning on April 11, Facebook announced on April 1 that the company had taken down 687 pages and accounts promoting the agenda and interests of the Indian National Congress (INC), the country’s dominant opposition political party. The company also reported that it had removed 15 pages associated with the IT firm Silver Touch. But Facebook neglected to mention that Silver Touch is known to have worked on behalf of the ruling Bharatiya Janata Party (BJP) and that the pages in question contained pro-BJP material. Some political commentators have taken the company to task on what they see as a glaring omission.

All told, the pages associated with Silver Touch (and by extension the BJP) had approximately 2.6 million followers, while those promoting the opposition INC had roughly 200,000.

Mauritanian police arrested two bloggers who had reported on alleged financial misdeeds of the north African country’s president, Mohamed Ould Abdel Aziz. The public prosecutor concluded that their reports were untrue and the bloggers now stand accused of spreading “false accusations” against Ould Abdel Aziz under Article 348 of Mauritania’s Penal Code. They risk between six months to five years in jail each. They remain in jail pending trial.

Five journalists in Pakistan are being investigated by authorities for showing solidarity with Jamal Khashoggi, the Saudi Arabian journalist who was murdered in his country’s embassy in Turkey in October 2018. The journalists replaced their own profile photos on Twitter with photos of the slain journalist when Saudi crown prince Mohamad Bin Salman made an official visit to the country in mid-February 2019. A copy of the Federal Investigation Agency order for the probe has made the rounds on social media, and indicates that the journalists “conveyed a very disrespectful message to the visiting dignitary/ guest.”

Murtaza Solangi, one of the journalists targeted in the probe, tweeted:

So the shameful govt of @ImranKhanPTI has a problem with putting the picture of slain journalist #JamalKhashoggi on your twitter profile and considers it against the law? Come arrest me, you shameless creatures. pic.twitter.com/4YJIirSKgB

Russia’s media regulator is pushing 10 VPN providers to block users’ access to “blacklisted” websites in Russia. The agency has demanded that VPN providers plug into the “Federal-State Information System (FGIS)”, a technical system that will signal to their services which websites need to be blocked. This would defeat the purpose of a VPN, a technology used primarily to help people access websites that are blocked in the jurisdiction where they are located. Only one of the companies, the sole service provider based in Russia (Kaspersky Secure Connection), has signaled that it will comply.

Australia’s parliament hastily approved new legislation that obligates hosting and social media platforms to swiftly remove “abhorrent violent material” when they are aware of its existence on their networks. Platforms that fail to comply could face three years in prison (for local employees) and a fine of 10.5 million Australian dollars ($7.5 million), or 10 percent of the platform’s annual turnover, whichever is larger. The law only applies to content, mainly videos and photos, recorded by the perpetrator or an accomplice of an act of “terrorism murder, attempted murder, torture, rape, and kidnapping.” The law does not offer guidance on how platforms should distinguish between videos taken by perpetrators and those taken by witnesses.

The law also requires internet service providers to inform national police if they are aware of such content moving through their networks. Writing for the Nieman Lab blog, Andre Oboler argues that this will turn ISPs into a “national surveillance network”:

As ISPs provide access for consumers to everything on the internet, this seeks to turn ISPs into a national surveillance network. It has the potential to move us from an already problematic metadata retention scheme into an expectation for ISPs to apply deep packet inspection monitoring of everything that is said.

Egyptian blogger and activist Alaa Abd El Fattah was released by authorities late on the night of March 28 after serving five years in prison for defying a protest ban. The news broke on Twitter when his sister, activist Mona Seif, tweeted simply: “Alaa is out.”

The 37-year-old activist was arrested and taken from his family’s home in November 2013. More than one year later, he was finally tried and sentenced to five years in prison for “organizing” a protest under a 2013 law that prohibits unauthorized demonstrations. Alaa has been jailed or investigated under every Egyptian head of state who has served during his lifetime. In 2006, he was arrested for taking part in a peaceful protest. In 2011, he spent two months in prison, missing the birth of his first child, Khaled. In 2013, he was arrested and detained for 115 days without trial.

Supporters around the world posted photos on Twitter with signs reading “Welcome Home Alaa!” Global Voices was among them:

Long-time @globalvoices and @advox friend @alaa is out of jail in #Egypt after five long years behind bars. #freealaa #welcomehomealaa pic.twitter.com/kAF1ifjGMB