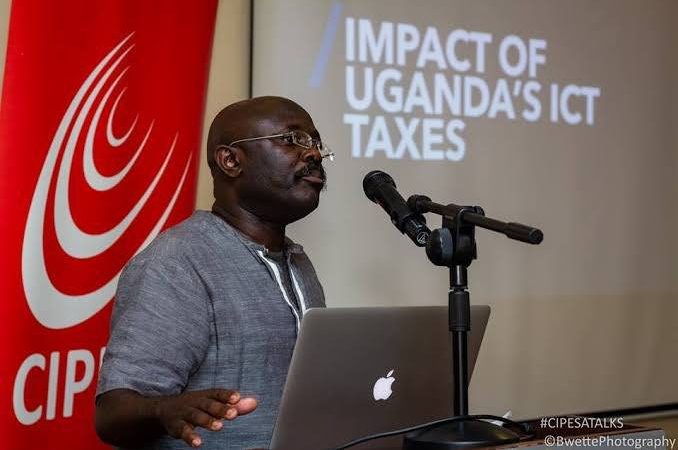 Dr. Wairagala Wakabi [Image by CIPESA and used with permission]

Wakabi was deported back to Uganda after several hours of interrogation, during which he was denied access to a lawyer.

Attorneys from the Tanzania Human Rights Defenders Coalition attempted to advocate on his behalf, but were told only that Wakabi was being deported on grounds of “national interest”:

UPDATE: After hours of interrogation, Dr. Wakabi has been deported back to #Uganda this evening. However, lawyers remained unable to establish the basis of the detention & deportation. They report that authorities denied him entry into #Tanzania on grounds of “national interest”. pic.twitter.com/FfEPJTMiz2

Though the ordeal lasted only a few hours, it brought great consternation among rights advocates in the region, who have grown wary of Tanzania's treatment of activists and journalists. In November last year, Angela Quintal and Muthoki Mumo both staff of Committee to Protect Journalists, were detained for several hours in Dar es Salaam, Tanzania, and had their passports temporarily seized.

Is Tanzania on a deliberate crusade to silence human rights defenders by harassing them in order to dissuade them from coming into the country? Late last year it was @pressfreedom‘s @angelaquintal and @muthokimumo not Dr Wakabi? This cannot silence us! #FreeDrWakabi

Human Rights Watch asserted that Tanzania under the leadership President John Magufuli has witnessed “a marked decline in respect for free expression, association and assembly.”

In 2015, the United Republic of Tanzania promulgated the Cybercrimes Act. Within a year of the passing of that law, at least 14 Tanzanians were arrested and prosecuted under the law for insulting the president on social media. March 2018 saw the passing of the Electronic and Postal Communications (Online Content) Regulations, making it mandatory for bloggers to register and pay roughly US $900 per year to publish online. This caused many independent blogs to go dark.

The stifling of independent media through a mixture of sanctions against media outlets and legal threats against journalists has created an atmosphere of intimidation, self-censorship and fear of expressing alternative views about the country’s leaders.

The detention and subsequent deportation of Wakabi back to Uganda appears to be a continuation of the Tanzania's government assault on free speech and dissent.