Your weekly dose of global technology and human rights news. 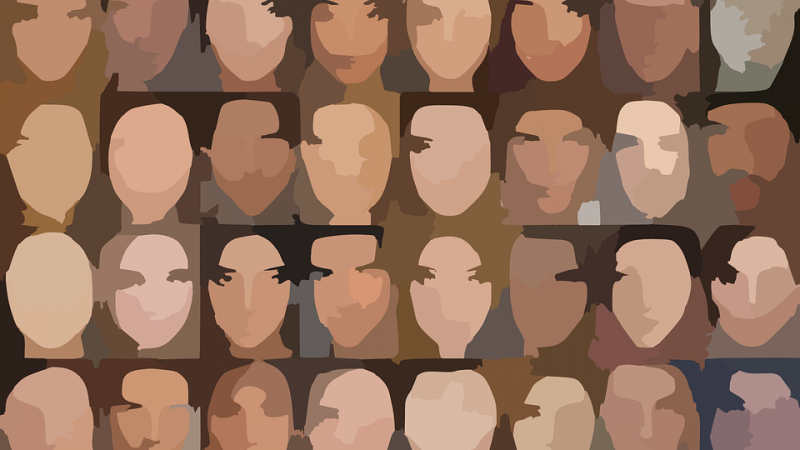 The Advox Netizen Report offers an international snapshot of challenges, victories, and emerging trends in technology and human rights around the world. This report covers news and events from April 20 – April 26.

In Saudi Arabia, 37 prisoners were executed by beheading on April 23. Most of those killed belonged to the Shia Muslim community, a minority in the kingdom. All were men.

According to Human Rights Watch and Amnesty International, 14 of those executed were arrested after joining anti-government protests. Both groups say the men were forced to confess to “protest-related crimes” after being tortured, and that they later sought to retract their confessions in court, as they were given under duress. They were nevertheless sentenced to death.

Lynn Maalouf, who serves as Amnesty International’s Middle East research director, called the executions “another gruesome indication of how the death penalty is being used as a political tool to crush dissent from within the country’s Shi’a minority.”

Just a few days prior, three Saudi bloggers were arrested as part of an ongoing crackdown on journalists and activists that drew headlines in October 2018 with the killing of Washington Post journalist Jamal Khashoggi at the Saudi embassy in Istanbul.

Authorities haven’t publicly stated why they’ve detained Naif al-Hindas, Ali al-Saffar and Redha al-Boori, who have not been active as writers for some time. In 2015, Al-Saffar and al-Boori had written about regional security issues, and Al-Hindas wrote about philosophy, feminism, and other cultural and political topics up until mid-2018.

As of December 1, 2018, there were at least 16 journalists in prison in Saudi Arabia. All told, these legal cases and executions demonstrate the extreme measures the Saudi government is willing to take in order to prevent criticism and legitimate media work in the kingdom.

Within hours of the bombings that killed hundreds of people at churches and hotels in Sri Lanka on Easter Sunday, authorities blocked major internet and mobile services including Facebook, Instagram, WhatsApp, YouTube, Viber, Snapchat and Facebook Messenger. Reactions to the move were mixed, with many expressing frustration with both the government and social media platforms, which have proven inept at controlling the spread of violent speech and disinformation in times of public emergency.

Leading digital rights advocate Wairagala Wakabi was detained at Julius Nyerere International Airport in Dar es Salaam, Tanzania on April 25 when he flew to the country from his native Uganda to help lead a workshop on human rights and technology. Wakabi is the Executive Director of the Uganda-based Collaboration on International ICT Policy for East and Southern Africa (CIPESA), one of the foremost organizations working on digital rights in Africa.

Wakabi was deported back to Uganda after several hours of interrogation, during which he was denied access to a lawyer. Attorneys from the Tanzania Human Rights Defenders Coalition attempted to advocate on his behalf, but were told only that Wakabi was being deported on “national interest” grounds.

In a statement to CIPESA, they called upon members of the East African Community (EAC) “to condemn this tendency of disturbing citizens of EAC when travelling within the subregion.”

French police arrested journalist Gaspard Glanz while he was covering a Yellow Vests protest in Paris on April 20. Glanz founded the news agency Taranis News, which primarily covers protests and social movements online. Glanz spent 48 hours in detention before he was released and charged with “contempt of a person holding public authority” for giving the middle finger to a police officer. He was also banned from covering the protests, pending the start of his trial on October 18.

Riding with Careem? Be careful — your driver might call you later

The UAE-based ride-hailing app Careem, which was recently acquired by Uber, has been sharing passengers’ full names and real phone numbers with drivers. Beirut-based digital rights group SMEX reports that this has led to drivers attempting to contact passengers through Facebook and other means, posing a threat to riders’ safety and privacy. On the SMEX blog, Abed Kataya wrote:

Careem….appears oblivious to the implications and risks of sharing users’ personal data, even going as far as to deny that a phone number constitutes personally identifiable information.

Law enforcement officials in Pakistan arrested seven people who they say were running an identity theft scheme in which they captured identity data — including people’s fingerprints — from unsuspecting individuals, and then used this information to obtain mobile SIM cards, which they then sold to people who used them to carry out criminal activities.

Pakistan made it compulsory for people to present biometric identity information (typically fingerprints) in order to purchase SIM cards in 2008, a move that authorities say brought a decrease in extortion, kidnapping and fraud by “deanonymizing” SIM cards.

EU tempers ‘anti-terrorism’ tech policy, but problems are far from over

On April 16, the European Parliament approved a policy directive that would require internet platforms to remove online posts deemed to be “terrorist content” within an hour of receiving an order from competent authorities. Lawmakers voted to delete provisions of the directive that would have required platforms to use automated “prior censorship” filters and to monitor the information they transmit and store, in order to detect and remove terrorist content. While human rights groups have welcomed the removal of these provisions, they remain concerned about the one-hour deadline.

In a statement, European Digital Rights (EDRi) and Access Now “welcomed” this improvement, but then emphasized their doubt that the proposal’s objectives could be achieved. In a statement, the groups said:

Across Europe, the inflation of counter-terror policies has had disproportionate impact on journalists, artists, human rights defenders, and innocent groups at risk of racism.

The internet is still shut down in Chad

As of April 2019, people in the central African nation of Chad have been without internet access for a full year. Service providers attribute the disruption to technical problems, but organizations like Internet without Borders say that the government has ordered mobile phone companies to cut internet access, most likely owing to public discontent over the enduring reign of Chadian President Idriss Deby, who has been in office since 1990. In 2018, Deby moved to change Chad’s constitution so that he could retain office until 2033.