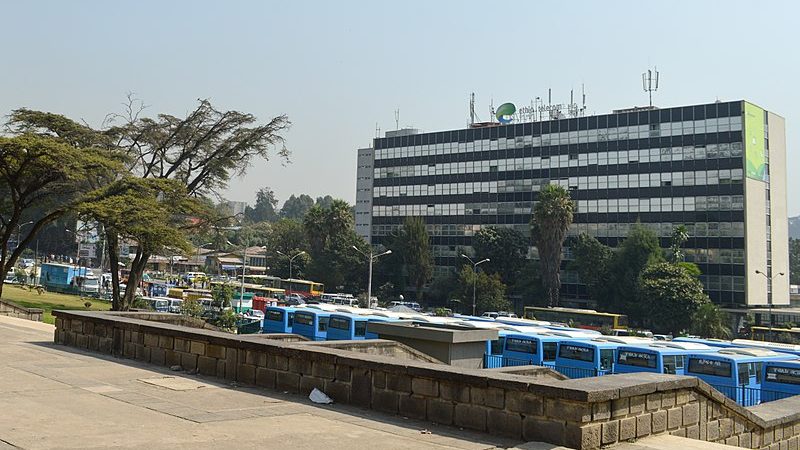 The Advox Netizen Report offers an international snapshot of challenges, victories, and emerging trends in technology and human rights around the world. This report covers news and events from June 14-20, 2019.

After a week-long internet shutdown in Ethiopia, a group of lawyers is bringing a court challenge against Ethio Telecom, the country’s sole (state-run) telecommunications service provider.

In an interview with BBC Amharic, lead attorney Yohannes Enyew said the lawyers plan to challenge the shutdown on constitutional grounds, arguing that it violates citizens’ constitutional rights of free expression and access to information.

Connectivity was completely cut off nationwide from June 11-14, according to NetBlocks, an internet censorship research group. Access was then restored in the capital, but remains spotty in other regions. People have also reported that SMS messaging services have been inaccessible.

Authorities haven’t publicly commented on the decision to pull the plug, but many speculate that the disruption was intended to prevent students from cheating on national secondary school exams.

This is nothing unusual for Ethiopians, who since 2015 have endured multiple long-standing shutdowns of mobile internet connections and specific services like Facebook and WhatsApp, often in the face of mass public protests. But the court challenge against the state-run telecommunications company, which is the only provider of phone and internet service in the country, may be the first of its kind.

By bringing their case directly to the court, the lawyers will be bucking standard local procedure, which requires a preliminary submission to the Ethiopian Institute of the Ombudsman. This may cause the case to be thrown out on procedural grounds. But it nevertheless represents an important assertion of agency by civil society in Ethiopia. The country has undergone a dramatic shift since the February 2018 resignation of former Prime Minister Hailemariam Desalegn, who stepped down in the face of mass land rights protests and infighting within the ruling political coalition.

Current Prime Minister Abiy Ahmed, in contrast to his predecessors, has worked to bring democratic reforms to the country and to reinforce protections for fundamental rights. Although the upcoming court challenge may not stand, it could set a symbolic precedent for challenging state institutions under the country’s new regime — one that could inspire further civic action in the future.

Muhammad Bilal Khan, a 22-year-old Pakistani video journalist, was stabbed to death on June 16 in Islamabad. Police say Khan had received a phone call from an unidentified person telling him to come to a certain neighborhood of the capital city, where he was then fatally attacked. With more than 54,000 followers on YouTube, Khan conducted regular interviews about religion and politics in his videos, and did not hesitate to criticize the country’s top politicians and security agencies.

In the wake of his killing, #Justice4MuhammadBilalKhan began to trend on social media. Pakistan's army has denied that state agents were involved in his death. His killing has been condemned by local groups as well as the Committee to Protect Journalists.

Also on June 18, a youth wing leader of Pakistan’s conservative PML-N party was arrested by federal investigative agents for posting “hateful content” against state institutions on social media and using “inappropriate language” against top officials, including Prime Minister Imran Khan. The government has filed a case against him under Pakistan’s controversial Prevention of Electronic Crimes Act, which local experts have criticized for placing overly broad restrictions on free expression.

In the wake of post-election clashes in Jakarta, Indonesian police claim that they are conducting “cyber patrols” of private WhatsApp groups whose members are suspected of spreading disinformation.

A representative of Facebook, which owns WhatsApp, has denied that investigators would be able to “wiretap” groups because messages sent via the app are end-to-end encrypted, meaning only the sender and recipient (and no one in between) can read them — not even the company itself.

It is unclear how authorities are monitoring these groups — they may gain membership simply by using a different identity, or by asking group members to share chat logs with them.

Authorities have said that they only target groups as part of an official investigation and therefore “would not violate privacy rights,” according to a story by Coconuts Indonesia. Rights advocates, meanwhile, worry that police are using viral hoaxes to justify conducting mass surveillance.

Over the past four months, Algeria has been rocked by mass protests and the resignation of long-time leader Abdelaziz Bouteflika, who was a major target of protests. On June 12, two independent news websites, Tout Sur l'Algérie and Algérie Part, abruptly became inaccessible over multiple internet providers in the country. Four days later, major social media and other internet services went offline as well, in what many suspect was an effort to prevent students from cheating on national exams.

The digital investigation group Bellingcat, which uses online and open source tools to gather evidence about human rights violations and incidents of violence in conflict zones, was briefly kicked off YouTube on June 18.

Group founder and editor Eliot Higgins tweeted a screenshot of an email he received from YouTube indicating that its channel had incurred “repeated or severe violations” of YouTube’s community guidelines including “promotion or display of gratuitous violence.” Although the group deals with lots of content associated with war and war crimes, Higgins noted that they are careful not to post or promote videos showing gratuitous violence. After multiple journalists condemned the block on Twitter, Bellingcat’s channel was restored.