If convicted, the #Madonna7 risk imprisonment, a fine or both.

A graduation ceremony at a Nigerian university. Photo by Rajmund Dabrowski/ANN, via Flickr, CC BY-NC-ND 2.0, June 7, 2009.

A group of students and alumni linked to the privately-owned Madonna University in the Niger Delta, Nigeria, risk up to seven years in jail over social media posts denouncing poor conditions and mistreatment of students and staff at the university.

The group, known as the #Madonna7, include four students;  Benedict Amaechi, Badaziri Owhonda, Chijoke Nnamani and Nwokeoma Blackson; and former staff members Anthony Ezeimo and Jonathan Abuno, also university alumni. A seventh man in the group, Nnamdi Opara, a friend of Ezeimo, is also named in the case.

On March 28, 2019, the group was arraigned before the court under section 27(1) (b) of the Nigerian cybercrime law of 2015 [Cybercrimes (Prohibition, Prevention, etc.) Act, 2015] for offenses allegedly committed between January 1 and December 31, 2018. Police brought the charges against the group following a complaint submitted by the university.

On July 3, a Federal High Court in Awka, the capital city of Anambra State in southeast Nigeria, granted the men release on bail. Although the application for bail for the group was filled and heard on February 19, they remained in prison for five months.

Chinedu Igwe, the head of the legal team for the accused, stated that the court was supposed to grant them bail in March but the court clerk could not perform an address verification of the sureties, which stalled their release.

A Catholic university above criticism?

Rev. Fr. Emmanuel Edeh founded Madonna University in 1999 and also founded another university, and a polytechnic. Edeh is the second richest Nigerian pastor with charities and investments estimated to be within 80 and 100 million United States dollars.

Online, Edeh and his university faced backlash for not tolerating criticism from students and staff:

Madonna University is still a glorified secondary School.
You will never see a graduate of Madonna University talk good about his or her alma mata. Sad.
In case you don't know, the institution locked 6 students and a lecturer up since February for their opinion on Facebook.???

What did Madonna 7 say about their university? 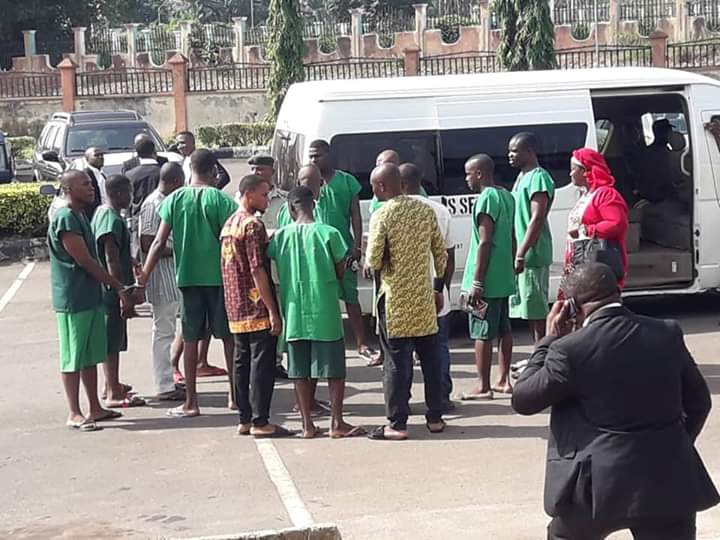 The Madonna 7 in court. Photo provided by Vivien Douglas and used with permission.

Anthony Ezeimo, Jonathan Abuno, and Chijoke Nnamani are among those who got into legal trouble for their comments about the university and its administration online.

According to the charge sheet, Ezeimo, a former lecturer and dean of students’ affairs of the university, posted a message on an unspecified social media network describing Madonna University as a ”death trap” and its administration as ”evil” after alleging that the Okija campus locked a group of students in a room and denied them access to food and water for two days.

Douglas, the communications consultant, clarified to Global Voices that Ezeimo posted claims in an alumni Whatsapp group that school security had locked Abuno, a former spokesman of the university, in a school cell in the Elele for allegedly starting a Facebook group called “It's Madonna”, which was critical of conditions at the university.

The charge sheet refers to a group on an unspecified social media network called ”Itz Madonna”. But, according to the sheet, students Amaechi and Owhonda created the group — not Abuno.

Allegations of Ezeimo's mistreatment by the school security generated a fury of reactions from alumni members who condemned the arrest — and also narrated their unpleasant experiences while students at Madonna. 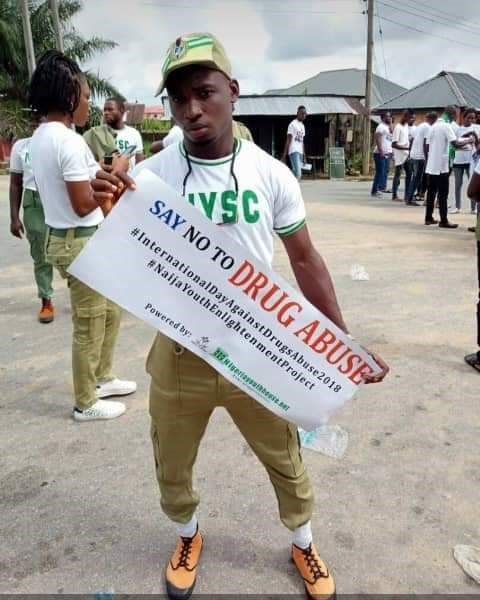 Nnamani, a Madonna University graduate who had previously defended his alma mater against the social media backlash, is among those who were arrested. Prior to his arrest, he urged the university to be ”nice to its lecturers” because ”good lecturers are scarce” in a Facebook post.

He was arrested on February 4 in Delta State where he was serving obligatory time in Nigeria's National Youth Service Corps.

The Madonna seven (7) story is one injustice too many.

In February Chijioke Michael Nnamani was snatched from NYSC post in Delta State by the Nigerian Police, over frivolous accusations.

The campaign for the group's freedom drew national attention to the unjust jailing of the seven men. This was achieved through petitions, press statements, online and offline agitations by students and Nigerian netizens directed at the administration of Madonna University.

If you know the facts of this case or the family of Chijioke Nnamani & others, please contact me. We want to take up this matter and if you are close to Madonna university management tell them we are coming if they don’t do the needful quickly. #FreeMadonna7Now pic.twitter.com/Ybu4mBLXrY

Their case is one of the more recent examples of intensifying crackdowns on human rights and suppression of free speech in Nigeria, under the pretext of fighting cybercrime.

In 2016 and 2017, online journalists Kemi Olunloyo and Abubakar Sidiq Usman were each arrested and detained on spurious charges of cyber-stalking in connection with journalistic investigations on the basis of the Cybercrime Act.

The continual use of the cybercrime law to clamp down on dissenting voices in Nigeria portrays a deterioration of human rights in Africa’s most populous nation. The law makes it even more difficult for citizens, journalists and activists to criticize or hold the government accountable.