Erick Kabendera remains in jail with no bail 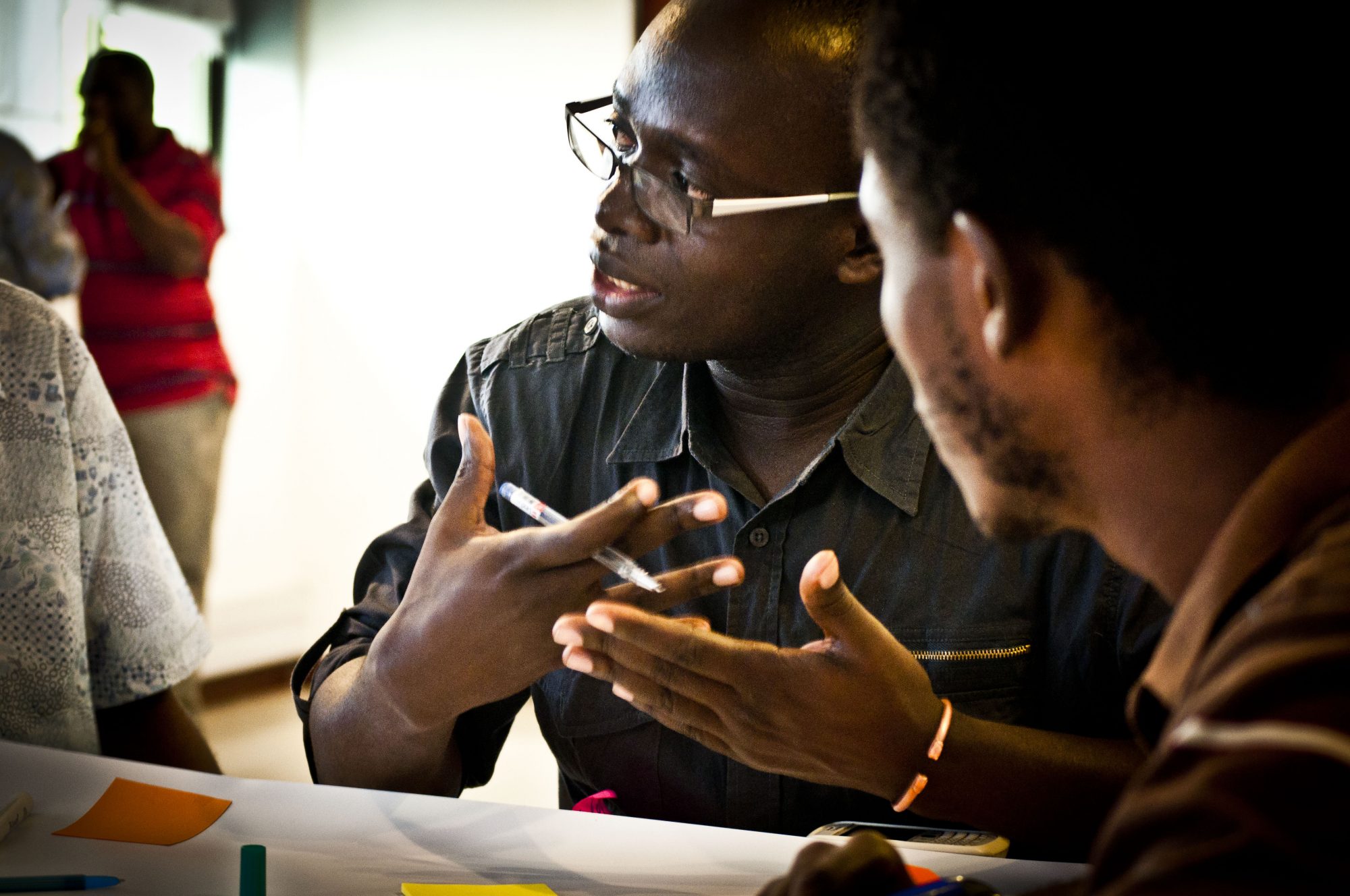 Erick Kabendera during a coaching session with journalists in 2012 in Dar es Salaam. Photo by Pernille Baerendtsen, used with permission.

On July 29, six plainclothes policemen forcefully removed journalist Erick Kabendera from his home in Dar es Salaam, Tanzania, and took him into police custody. Police say Kabendera had failed to obey a summons to investigate the status of his Tanzanian citizenship.

Over the last week, police searched Kabendera’s home twice, confiscated his passport and other personal documents and interrogated his family.

By August 5, authorities switched track, charging Kabendera with money laundering, tax evasion in the amount of $75,000 United States dollars, and criminal racketeering, according to a copy of the charge sheet obtained by the Committee to Protect Journalists. Police say Kabendera committed these crimes over a four-year period beginning in 2015.

With these charges, Kabendera may face up to 15 years in prison and can not seek bail.

First they abduct a journalist, when there is an outcry they claim he is not Tanzanian, when that doesn't stick, he is charged with organised crime and tax evasion. People, meet Erick Kabendera, his crime is journalism. #FreeErickKabendera pic.twitter.com/bQ5D96lcPe

It seems that for the past week, authorities have been searching for a way to justify their detention of this critical freelance journalist. First, they claimed Erick Kabendera’s citizenship was in question, today they have leveled drastically different charges, which call into question their motive for holding him.

As a journalist, Kabendera has been critical of President John Magufuli’s administration and often speaks out in favor of press freedom. He has reported on Tanzania’s divisive politics for international and local media such as The Guardian, African Arguments and The East African.

Just in: Tanzanian Journalist Erick Kabendera to be charged with sedition over an article published in the Economist titled ‘John Magufuli is bulldozing Tanzania’s Freedom’.
Statement from Jebra Kambole states that Mr Kabendera has been denied bail. #FreeErickKabendera pic.twitter.com/ISgABIgCH6

Citizenship targeted as tool for repression

Kabendera’s family says this is not the first time the Tanzanian government has questioned Kabendera’s citizenship. In 2013, authorities lobbed a similar charge against him but the case was later dismissed, according to The Citizen. Kabendera felt at the time that authorities called his citizenship into question as a way to silence him.

Last year, The Citizen also reported on several other cases where the government used the citizenship question as a “tool to silence critics in Tanzania.” Aidan Eyakuze, executive director of Twaweza, a civil society organization focused on citizen voices, says authorities confiscated his passport and banned him from travel while investigating Eyakuze’s citizenship status.

Two weeks prior, Twaweza had issued and released results from a survey called “Speaking truth to power? Citizens’ views on politics in Tanzania.” The Commission for Science and Technology (Costech) claimed the survey was unauthorized and threatened legal action but later dismissed the case, according to the same Citizen article.

Tanzania has in recent years introduced a series of amendments and laws that target bloggers and media, civil society organizations, arts and cultural organizations and academics and researchers in what is by critical observers perceived as attempts to control Tanzania's narrative and stifle free speech and political dissent.

AFEX Africa calls the charges a “blatant act of violation:”

Kabendera, who often mentors aspiring journalists, inspired this tweet from a former student:

I have met Erick Kabendera once in my life, and for a little less than 80 minutes. He came as a guest Tutor to my class (School of Journalism and Mass Communication- @UniofDar). Despite the brief time he spent with us, I learned a lot from him. He truly inspired me! #100K4Erick

Another netizen notes that Kabendera's arrest and trumped-up charges signal a warning to other citizens:

I don't defend Kabendera because he's a Tanzanian or because he's a journalist. I defend him because I live in Tanzania where Erick lives. If rights are not granted to him today, and I stay silent, it's possible that tomorrow, rights will be denied to me also. No one is safe when “Injustice reigns.”