Apprehension rises over the abduction of a Nigerian government critic 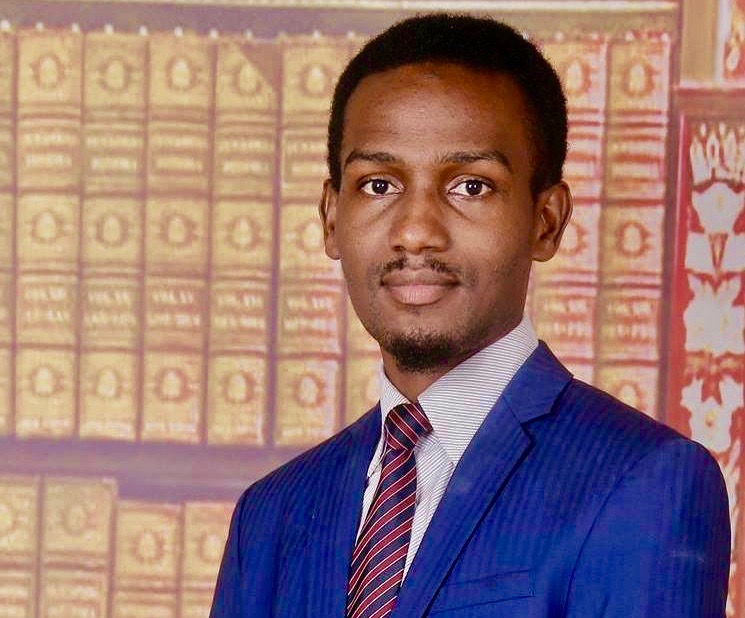 Nigerian government critic Abubakar Idris, popularly known as Dadiyata, was abducted from his home in the Barnawa neighbourhood of Kaduna in northwestern Nigeria on August 1.

The Abuja-based online newspaper Premium Times reported that Dadiyata was forcefully taken by abductors at about 1:00 am as he arrived at his home. “As he was about to lock the gate, two men accosted him and took him away in his car,” Dadiyata's wife told the newspaper.

Once political allies, Ganduje and Kwankwaso became bitter rivals after Ganduje took office in 2015. Ganduje served as deputy governor under Kwankwaso from 2011 to 2015, when both men were members of the ruling All Progressive Congress (APC). On assuming office in 2015, however, Ganduje fell out with his former boss. Kwankwaso defected to the opposition party Peoples Democratic Party (PDP). During the 2019 elections Kwankwaso supported Ganduje's rival, Abba Kabir of the PDP.

Since 2015, relations between Ganduje and Kwankwaso have been openly acrimonious, with their supporters pitched on either side of a battle for political supremacy.

Confusion is still raging as to whether Dadiyata was kidnapped or arrested. The police stated on August 2 that they were “making efforts to apprehend the fleeing suspected criminals” and rescue Dadiyata.

The information I am getting from Kaduna, the security agencies are doing their best to locate and rescue our brother @Dadiyata from his abductors. Every little Information of whereabouts is needed ATM, our prayers are still with him, his family and his friends. #PrayForDadiyata pic.twitter.com/qyqQD7eptJ

With freedom of expression under threat in the country, some fear that Dadiyata disappearance is linked to his criticisms of the APC government in Kano State.

The opposition PDP described Dadiyata’s abduction as an “apparent desperation to intimidate, suppress and silence public opinion and free speech in Nigeria as well as to further entrench a siege mentality on our citizenry.” The opposition party further accused the Department of State Services (DSS), a unit of Nigeria’s state security service, of being responsible for the abduction, which the DSS has denied.

I have spoken with Peter Afunnaya, the DSS spokesman and Ahmed Koya the Kaduna State Director of DSS. They said they don’t have anybody named Abubakar Idris Dadiyata in their custody.

Senator and human rights defender Shehu Sani commented that the “demarcation lines between arrests and abductions is becoming blurred” in Nigeria:

I join the call and demand for the whereabout of the young man,Dadiyata,who has been declared missing some few days ago.These days,the demarcation line between arrests & abductions is becoming blurred.

Chuba Ugwu, a friend of Dadiyata, tweeted that he is holding the government responsible for the incident:

The primary responsibility of the Nigerian govt (according to the constitution) is the protection of the lives & property of citizens.

For almost a week, @dadiyata has been missing. His wife & kids have not seen him. We, his friends, have not heard from him. #WhereIsDadiyata ? pic.twitter.com/cX3yGdJjOJ

Others are praying for Dadiyata and his family:

#whereisdadiyata ?
Some said heavily armed security personnel arrested @dadiyata in his Kaduna residence last week, others say kidnapers abducted him & in a conflicting report ‘it is the handiwork of hoodlums.’
We are hopeful that this young man returns home safe & sound ISA? pic.twitter.com/lczmqmwqeX

Our prayers continue to be with @dadiyata whose whereabouts remain unknown to us but God, Who sees everything, knows. So we pray he is kept safe.

We pray for his wife and two kids also that God will comfort them immensely and until his safe return.#PrayForDadiyata

With no news about Dadiyata two weeks after the after abduction, some citizens have staged protests, demanding that the government take action:

Led by @AnthonyEhilebo , the PDP digital media team marched today to demand the whereabouts of our brother @dadiyata , who was abducted from his home in Kaduna 14days ago.
We’ve asked the @USEmbassyAbuja to join us in asking the Buhari admin #WhereIsDadiyata #NoOneLeftBehind pic.twitter.com/cZPILyrysn

For every big conversation of enforced disappearances on the national level, there are several more at the state and local level who do not have the privilege of social media to speak for them. This trend of enforced disappearances in a government democratically elected in its first term signifies a major downturn for young Nigerians whose lives were headed towards freedom so different from the experience of previous generations. It is a new reality for most of us that is as fearful as it is dawning.