The victims are silenced online, some have received offline threats 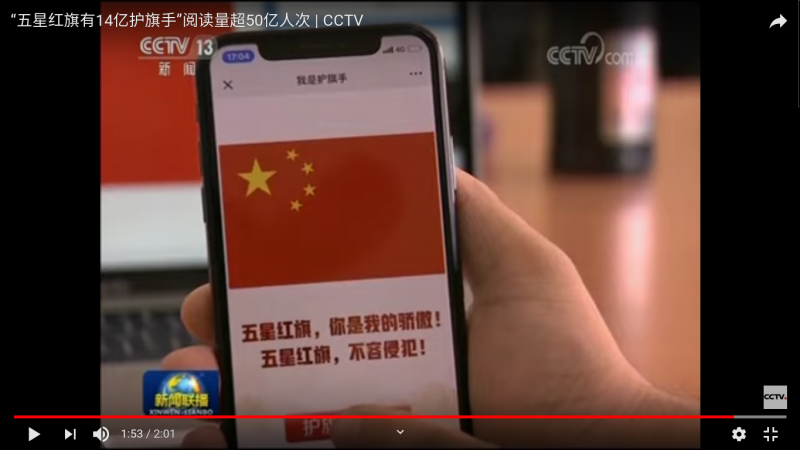 The propaganda machine of the Chinese Communist Party(CCP) has shifted from censorship to actively policing public perspectives on mainland Chinese news outlets, the internet, and social media about the escalating protests in Hong Kong.

From early June to middle of July, state and party-affiliated media outlets had few reports about Hong Kong's anti-extradition protests. Information about the protests on social media were always quickly removed. However, since the Chinese government labeled the Hong Kong protests as another ‘Color Revolution’ allegedly instigated by foreign forces to undermine the Chinese government in early August, the propaganda campaign started to depict Hong Kong protests as part of a pro-independence movement. It also mobilized mainland Chinese citizens to oppose the movement.

A large number of Weibo and WeChat media outlets lauded the Hong Kong police for its use of force to deal with the protesters. Also, music videos or so-called “rapaganda” were released to rebuke foreign forces while pushing for Beijing's military intervention to stop the Hong Kong protests. The latest one is “Hong Kong's Fall” by a popular Sichuan band:

Moreover, celebrities and corporate businesses were told to demonstrate their love for China on social media by taking an oath to protect the dignity of the Chinese national flag. The “1.4 billion national flag protectors” campaign was launched by the China Central Television on August 4, 2019 in reaction to the throwing of the national flag into the sea by some Hong Kong protesters.

The campaign also mobilized a massive number of patriotic trolls known as ‘Tiny Pink’ into monitoring chats and comments online. Those who do not toe the official party line are identified and subjected to doxxing. Doxxing is the practice of revealing someone's personal information without their permission, with the intention to threaten or intimidate. Usually, the trolls would reveal all the social media accounts of an individual and then they will file massive “complaints” to platform operators demanding the banning of the victim's accounts citing reasons like violating socialist values, defamation, vulgarity, etc.

Byron Chen, an independent scholar residing in Shenzhen, is one of the victims of organized doxxing and collective bullying which he calls “pink terror”. He wrote about his experience in a Facebook status on August 10 (via the Stand News):

Dear friends on Facebook. There is a pink terror on Weibo in mainland China. Unfortunately, I was victimized by this terror. On July 14, I traveled to Hong Kong to attend local journalist protests against Hong Kong police violence. I took a photo at Tai Wai station and shared it on WeChat. That photo was screen captured and published in a Weibo public page accusing me of supporting “Hong Kong independence”. Trolls on Weibo kept doxxing my private information and later I was interrogated by police officers. All my social media accounts, including Weibo and Duoban were banned. All my books and writings have vanished. Those who attempted to defend me were also doxxed.

Now the Tiny Pink has moved to Facebook. They search around, look for mainland Chinese accounts and check if they have posted content related to Hong Kong. If the contents are not in line with the official discourse, they would receive the label of being pro-Hong Kong independence. Their details will be published on Weibo public page and the trolls will dox the individuals and organize crowd bullying.

Chen was interrogated by Shenzhen police officers the second time after he posted the Facebook message. He told his friend through chats that the police officers were less intimidating than the ‘Tiny Pink’.

Another victim of ‘Tiny Pink’ was former journalist Rose Luqui from Phoenix TV and now an assistant professor at Baptist University. She has 8 million followers on Weibo and now she is targeted by trolls because of her critical comments on Twitter.

Her tweets criticizing the China Central Television for spreading fake news on Hong Kong protests were screen captured, reposted on Weibo with political labels and hateful comments attached. Below is a typical hate speech comment directed against her on Weibo when searching Luqui's name on the platform:

My teacher once told me in class that Rose Luqui was a great reporter. I read her Twitter, she is a living example of a US imperialist spy [Dailu Dang].
Any influential opinion leader can give Rose Luqui a lesson. Isn’t she a pro-Hong Kong independence British dog? Look at her comments on Twitter. She grew up in mainland China. Shame on her.
She has been a smart ass. However, in black and white matters, she reveals her true traitor face. Her Weibo account should be banned forever and she should be banned from entering China forever.

The ‘Tiny Pink’ not only targets political comments, but also the artistic preference of individuals. A mainland Chinese Facebook user revealed that many of her friends were doxxed and threatened because they are fans of popular singers like Denise Ho, Anthony Wong among others who have been labelled as pro-Hong Kong independence. Because of this, a growing number of mainland Chinese netizens are adjusting their social connections while some are shifting to more secured chatting apps.

The effect of ‘Pink Terror’ is double-edged. It has successfully terrified and silenced dissenters, but it is also self-destructive – the massive banning of rational voices on Weibo could ruin the public sphere completely as pointed out by a Weibo user who has disabled the comment function on his post:

Sudi [a famous blogger in Quora-like Zhifu platform] has his account banned. I am speechless, totally speechless. Among those who have left were Chow Bo Chong [associate professor from the Chinese University of Hong Kong], Byron Chen and Deng Ai [liberal scholar]. What’s the nature of those who were left behind? I really don’t want to talk.