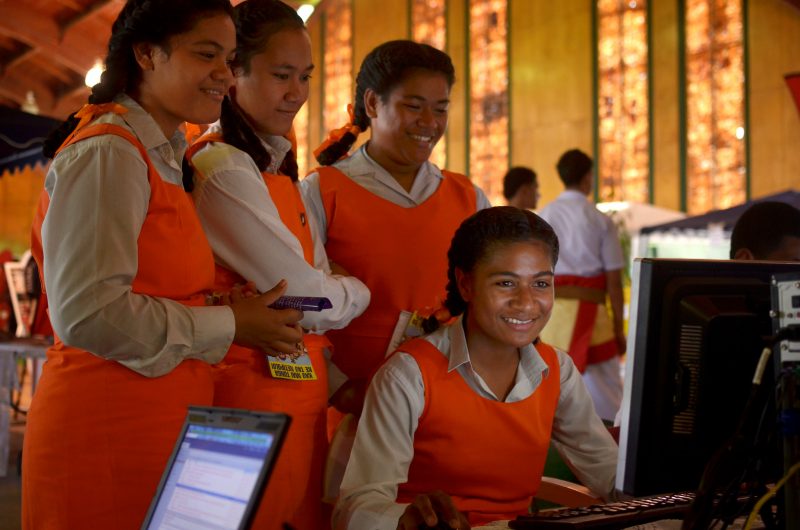 The government of Tonga in considering a ban Facebook as a measure against posts deemed ‘slanderous’ toward the royal family.

Tonga has around 62,000 Facebook users out of an estimated population of 100,000. It has the last Pacific monarchy which continues to wield power and influence in society.

The monarchy also has critics but it is unpopular to publicly disparage this institution. Some found it convenient to comment on the royal family and other public figures on social media, especially Facebook, by hiding their real identities.

But a recent “allegation of a sexual nature” against the king and his daughter angered the prime minister who later formed a multi-agency working group to consider the banning of the popular social media platform to protect the reputation of innocent individuals. The prime minister said that his cabinet, in consultation with parliament, will decide this week whether to temporarily ban Facebook, although he did not mention if this will require a court approval or a simple executive directive to internet service provider Tonga Cable to block the access to the platform.

There are pending bills in parliament that seek to clip some of the powers of the monarchy. But loyal supporters of the monarchy have used Facebook as a platform to defend the institution and push back the efforts of some political parties to weaken the role of the royal family in the country’s transition from a hereditary monarchy into a system of modern democratic governance. Some think the pro-monarchy forces are getting more support on Facebook and so the proposed ban could be simply an attempt by the government to control information.

The proposal to ban Facebook was criticized by various sectors. An editorial published by Kaniva Tonga news service pointed out that the ban would undermine freedom of expression:

The decision the Tongan government faces is not an easy one. To simply shut down Facebook would not stop offensive comments being made.

It could also damage the kingdom’s economy and severely inconvenience those ordinary Tongans who use the online forum sensibly.

More importantly, it would, however hard it is to accept, strike a blow against freedom of speech, something that should not come from a democratic government.

…it would be easy to get around any ban on Facebook with the right software and in any case, the perpetrators of the posts seem to live in Australia and will not be affected.

A wholesale ban on Facebook would be unlikely to succeed and would upset the majority of Tongans who use the site for legitimate purposes.

By trying to impose a ban the government will simply make itself look foolish or ineffective.

Jope Tarai, an academic based in Fiji, told the media that the proposal is unfair to Facebook users in Tonga:

It would be very heavy handed if the rest of the majority of active account users in Tonga would have to pay the price for a group that is been [sic] accused of being a fake Facebook group.

Some comments on Twitter advised the Tongan government to focus on more important social issues. Others emphasized that Facebook is useful for families connecting with their loved ones who are living in other countries. A youth leader has a proposal for the government:

While our nation faces serious issues around corruption, illicit drugs, crime, etc, the Minister for Police is worried about @facebook . The solution isn’t to take away this as an option it’s it educate our people & be transparent. https://t.co/8w2cyUJexe

Meanwhile, the police said they are pursuing an investigation about the ‘slanderous’ Facebook comments against the king and the princess and they are already preparing to file either defamation, sedition, or treason charges.