Sowore's detention is a threat to press freedom in Nigeria 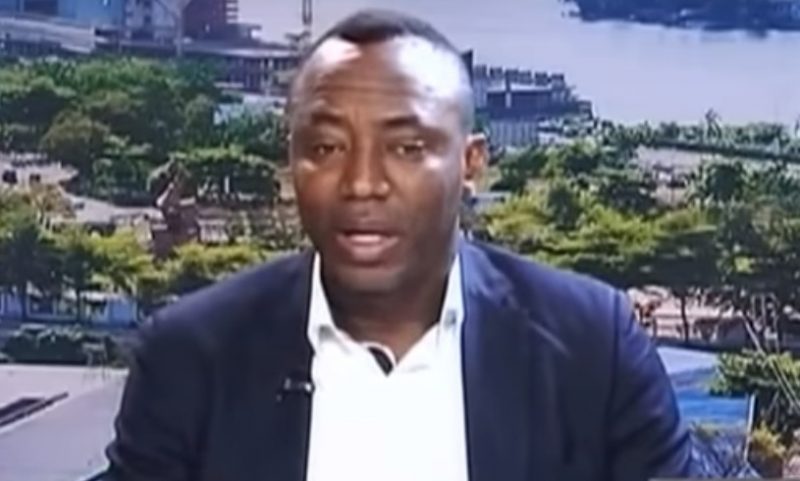 Today, August 23, 48 advocacy and press freedom organisations petitioned the United Nations (UN) and the African Commission on Human and Peoples’ Rights over the arbitrary detention of Nigerian activist Omoyele Sowore.

The group of international and African organisations, which included Global Voices’ Sub-Saharan Africa section, Open Society for West Africa, Index on Censorship, and Article 19 West Africa, asserted that Sowore's detention grossly violated his human rights and is an affront to press freedom and investigative journalism in Nigeria.

Sowore, the publisher of the online investigative online news site Sahara Reporters, was a presidential candidate in the 2019 Nigerian elections held on February 23 this year. Sowore was detained under Section 27(1) of the Terrorism Act 2011. If charged and convicted, he risks life imprisonment, a fine or both.

Sowore was arrested in Lagos, Nigeria, on August 3 by Nigeria’s State Security Service (SSS) after calling for a “#RevolutionNow” protest movement against bad governance.

Nigeria is a signatory to these treaties, so the continuous detention of Sowore is a direct violation of international law.

The international and local human rights and press freedom organisations further stated that Sowore's “arrest on apparent grounds of suspicion of terrorism is unfounded”:

Sowore did what he has done throughout his career as a journalist and human rights activist: exercise his right to freedom of expression and seek to bring about change through peaceful means, in this case a peaceful protest. The use of the emotive term “revolution” merely underlines his desire for transformative change in what he considers the shortcomings of the current government. There are strong suspicions that Sowore’s arrest stems from other motives than suspicions of terrorism. This is further highlighted by the fact that the authorities failed to define a charge against him for the first few days after his arrest; the investigations that were subsequently instigated against him under the Terrorism Act were clearly only created to serve the purpose of silencing Sowore.

Sowore has neither been arraigned before a competent court nor formally charged. However, an Abuja court had on August 8, granted a request from the SSS to detain him for 45 days in order to conduct investigations under the Terrorism Act. Efforts by Sowore’s lawyer Femi Falana, a Senior Advocate of Nigeria, to petition his release have been unsuccessful thus far.