Bangladesh cuts access to mobile phone services for the Rohingya 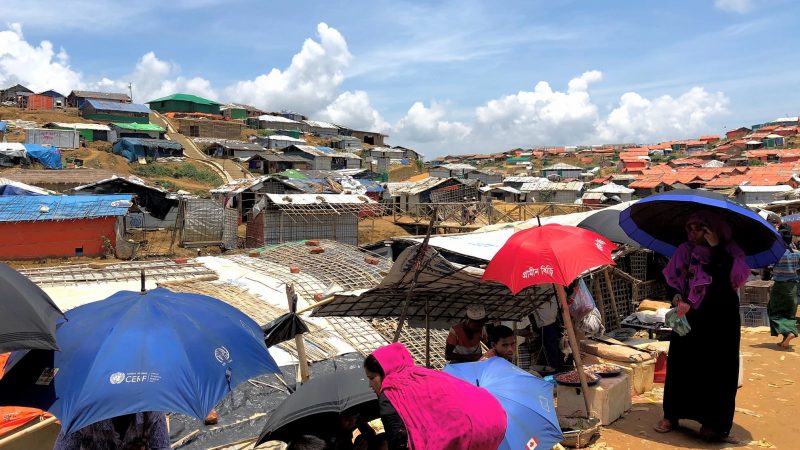 Life in a Rohingya Camp in Cox's Bazar. Image via Flickr by Mohammad Tauheed. CC BY-NC 2.0.

Following protests on August 25, on the second anniversary of what many Rohingya are calling ‘Genocide Day’—the day thousands of Rohingya fled Myanmar for Bangladesh following a brutal crackdown by Myanmar’s armed forces in 2017—the Bangladeshi government has ordered telecommunications companies to block cell phone access at Rohingya camps on the pretext of protecting ‘national security.’

The government cited a series of violent crimes in the camps in recent weeks which were reportedly coordinated using cellphones.

All mobile operators have been given urgent instructions to ensure that no SIMs are sold and mobile facilities in the Rohingya camp within the next seven business days.BTRC pic.twitter.com/nTnlRbhTrz

The Bangladesh Telecommunication Regulatory Commission (BTRC) has been ordered to verify the mobile users in the camps within the next seven days, where reportedly 9,000 mobile connections are regularly used, by confirming names and addresses used to register each SIM card. Telecommunications operators have also been requested to throttle, or weaken their networks in the border areas with Myanmar, as well as to cut off service completely in the Rohingya camps, and curtail the sale of mobile phone products and services to Rohingya refugees.

To stop #Rohingya refugees from using mobile phones, the BTRC and carriers decided to halt sale of SIM cards in Ukhia and Teknaf upazilas of Cox’s Bazar until further notice. They also decided to suspend 3G and 4G services in the upazilas between 5:00pm and 5:00am every day.

The consequences of the ban are far-reaching and have serious negative impacts for the Rohingya. A Rohingya leader quoted in the Asian Correspondent said the ban would “would hugely affect Rohingya life, disrupting communications between different camps scattered across the border district of Cox’s Bazar.” The leader also mentioned the ban's negative impact on the financial wellbeing of the many Rohingyas who depend upon remittances sent by family members in other parts of the world.

Blocking mobile phone service to areas where Rohingya camps are located, namely Cox’s Bazar, will also affect more than just the Rohingya, notably humanitarian aid providers, other residents of the district, and those needing to contact people inside the camps.

In 2017, the Bangladeshi government banned telecommunications companies from selling SIM cards to Rohingya entirely. At the time, the ban was criticised by human rights groups such as Freedom House, who said “the lack of internet access threatens to keep an already isolated community of refugees cut off from information and communication technologies that would help them obtain services in Bangladesh and stay in touch with family.” The Bangladesh government has installed free telephone booths for the refugees’ use, but hardly anyone uses them. The Bangladeshi press has reported that some telecommunications companies continued providing mobile phone services to Rohingya despite the ban. 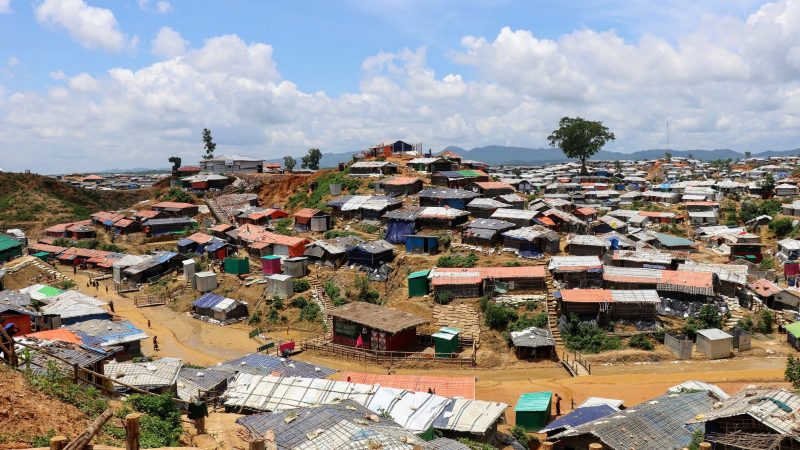 This week's decision to cut of mobile access stands in direct opposition to the widely-accepted ‘communication is aid’ approach of humanitarianism, which acknowledges that communication and information can help to alleviate suffering and can help those affected by crises to make informed decisions. Cutting internet or mobile access has been widely condemned by human rights groups who consider access to information a fundamental human right, citing negative consequences for emergency responders, businesses and the public.

In 2017, the Bangladeshi government also moved to prohibit the sale of SIM cards to Bangladeshi citizens who don’t have national ID cards, and began demanding biometric data from anyone purchasing a SIM card, on the grounds of ‘national security.’

Reports say the August 25 protests were organised via cellphones, so the decision to cut off cell phone service is being perceived as an attempt at quelling future protests.

The decision also takes place in the context of a second failed attempt to repatriate the Rohingya back to Myanmar, for which nobody in the Rohyingya refugee community signed up.

Reports of violence within the camps have also increased in recent weeks, with police reporting that a fourth refugee was shot on Sunday.