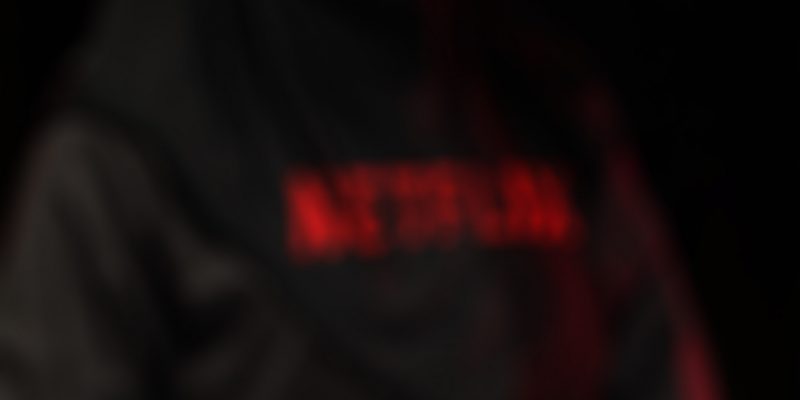 Under new rules, streaming services like Netflix are subject to the supervision of Turkey's broadcast regulator. Photo by user Robin Dogan on Behance (CC BY-NC-ND 4.0).

Turkey's broadcast regulator, the Radio and Television Supreme Council (RTÜK), has been granted sweeping oversight over all online content.

In addition to granting permissions, RTÜK will supervise the content put out by the providers. In case of violations, services could face fines or the loss of their licenses. Content providers that do not comply with the regulation and RTÜK’s guidelines would be given 30 days to adjust their content to the required standards.

Turkish audiences are well accustomed to blurred or deleted scenes in films and television series. Sex scenes and kissing is considered obscene and against moral values while alcohol and smoking scenes have been blurred for years. Some television series have been fined for overstepping these regulations, while others thought to move to YouTube in order to bypass the requirements. Turkish Airlines also censors the films it puts on its entertainment system.

The authorities claim that the aim of the new regulation is to establish “the methods and principles to regulate the presentation and provision of radio, television and on-demand broadcast services,” as well as “the handing of broadcast licenses to media service providers, the granting of broadcasting authorities to platform administrators and the supervision of the broadcasts in question.”

Critics say the new regulation only strengthens the government's control over online content while leaving the content providers in question little room to evade censorship, especially with vague legislation that criminalizes a wide range of speech offenses such as “insulting” the president or the “Turkish nation,” or producing “propaganda for terror organizations.”

A law professor and cybersecurity expert at Istanbul Bilgi University, Yaman Akdeniz, told the LA Times in an interview that this was “a new and additional control and censorship regime” that would only make it easier to block online content critical of the government, including foreign media.

In an interview with Bianet, Kerem Altiparmak, an associate professor in human rights law and constitutional law notes:

If the RTÜK applies the rules it applies to the television channels, it becomes impossible for Netflix to broadcast in Turkey. Netflix would have to remove all its series to broadcast. With RTÜK standards, you can't save Netflix with ‘bleeping’.

Altiparmak sees this step as the greatest moment yet in the history of censorship in Turkey.

The new regulation has been on the books since February 2018, when the government proposed the bill for the first time. Even then, many feared the potential scale of censorship. At the time, in an opinion piece for Turkish Daily News, Melike Karakartal wrote that the new regulation should be evaluated not individually, but rather as part of the bigger picture of ongoing media censorship in Turkey.

Any news about a political trial or coverage of a journalist […] could easily be considered as “terrorist propaganda” by government authorities, so the mass media has begun to exercise serious caution in covering the trials of journalists and politicians. A journalist may write the truth, but in our kind of democracy, nobody can promise what happens afterwards.

Karakartal also noted how many independent journalists migrated to online platforms to continue their work after being let go from more traditional media organizations. Her projections of RTÜK moving toward silencing critical voices in online spaces have come true, seriously impacting freedom of expression and freedom of the media.

Even before the addition of this new regulation, censorship was already rife in Turkey.

According to a report by the Freedom of Expression Association on blocked websites in Turkey, over 245 thousand websites and over 150 thousand URLs were blocked by the end of 2018. These are blocked based on the Law on Regulation of Publications on the Internet and Suppression of Crimes Committed by means of Such Publication (known as Law No. 5651). Specifically, Article 8/A of the law allows for the blocking of websites on vague grounds of protection of the right to life and security of people and property, national security and public order, prevention of crimes or protection of general health on the request of relevant ministries or the presidency.

And the list of blocked websites and URLs keeps growing.

The following day, the same court reversed its decision to unblock Bianet. Whether a result of an international outcry, or an actual mistake, Bianet is once again accessible in the country. But the overall decision to block the rest of the platforms raises questions.

In a statement, Amnesty International described the court's decision as a ”full-frontal attack” on freedom of expression which ”signals a deepening of an already restrictive state of censorship.”  The human rights group pointed out that ”the decision does not provide any justification as to how any of the addresses listed in the decision fall under this provision.”

Similarly, Reporters Without Borders, in their statement, said that while ”the order says they [blocked websites] “threaten national security” there is no specific explanation for this decision or supporting evidence.”

The new RTÜK regulations and the mass blocking of web addresses go against what president Recep Tayyip Erdoğan said in May when introducing the new Judicial Reform Strategy package. At the time, Erdoğan said that it would no longer be possible to block an entire website because of a single item. Chief among the key aims listed in the package are strengthening the rule of law, effective promotion of rights and freedoms, transparency, access to a fair trial and more.

So far, much of those words remain on paper. A good place to start would be to unblock scores of websites and URLs, not to mention lifting the ban on Wikipedia and allow media to thrive online and offline. In September, platforms like BlueTV will have to apply to obtain their licenses. Netflix has already applied for its license to broadcast in the country, despite censorship fears from activists.