'Fisayo Soyombo risks imprisonment or fine, if arrested and convicted 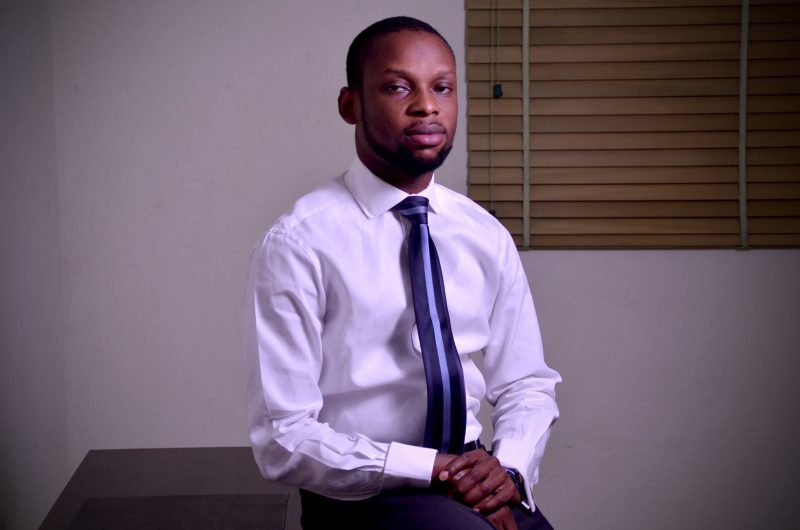 Investigative journalist ‘Fisayo Soyombo is at risk of arrest for an undercover inquiry he conducted in July this year, that revealed corruption in Nigeria's justice system — particularly among the police and prison service.

The Nigerian Guardian newspaper reports that Soyombo was “to be arrested at the venue” of a workshop where he was scheduled to speak on October 22 in Lagos, the economic capital of Nigeria. He got a tip-off about the impending arrest which made him withdraw from the event. Consequently, Soyombo has “has gone underground” after fleeing his residence on October 21.

So @fisayosoyombo has been forced to pull out of an event he was scheduled to speak at this evening because he got tipped off that the authorities want to arrest him for his stories on our prisons.

Part 3 of #CashAndCarryPrison isn't out yet…

Adopting the pseudonym Ojo Olajumoke, Soyombo plotted his own arrest and detention to expose corruption in the justice system. He committed  an ‘offence’ which got him arrested, detained, charged to court and remanded in prison. The feigned offense was committed in November 2018, when Soyombo purchased a car worth 2.8 million naira [about US$ 8,000] for which he paid a cash deposit of 300,000 naira [about US$ 800]. But after this payment, Soyombo began to avoid the person who sold the car to him. The car owner reported to the police and this lead to the arrest of Soyombo on July 8.

With the purported offence and consequent arrest, Soyombo had the opportunity to investigate the police and prison from within.

This award-winning journalist documented his experiences during the five days spent in police custody and eight spent as an inmate of Ikoyi Prison, Lagos. This exposed monumental corruption by the Nigerian police and the officers of the Nigerian Prison Service (recently renamed as the Nigerian Correctional Service).

In Part I of his story, which was simultaneously published on October 14 in the two online newspapers, CableNG and the International Centre for Investigative Reporting (ICIR), Soyombo explained how he exposed corruption in the country's justice system:

Of course they didn’t know I was a journalist; I had assumed a pseudonym and grown my hair long enough — for 10 months — to blend with artificial dreads. My locks were tinted in gold and almost all my facial hair removed. I cut the profile of the kind of youth the police indiscriminately railroad into their notoriously ramshackle vans for no reason, for onward transfer to their cells. One look at me and the typical policeman would have mistaken me for a compulsive hemp smoker, an incorrigible internet fraudster or a serial drug abuser.

“A million and five hundred thousand? [naira]” I protest…

Another warder cuts in. “Don’t worry, you can never suffer in the prison yard,” he says. “As long as you have your money.”

In the Part III published on October 23, Soyombo recounts how he shared the same cell with a ‘mad’ inmate and the varied reactions of prison officials when his true “identity” as an undercover journalist was unraveled:

Over the course of my seven days in prison, it was, quite simply, too easy for me to separate the corrupt warders, who were in the majority, from the clean ones. The corrupt ones were usually pensive and jittery whenever they came in contact with me, and they were the ones who were most vicious during the initial attempt to unravel my identity. I could see the apprehension in the eyes of two of those filmed demanding and receiving bribes from me in court. The corrupt ones in the prison yard who didn’t appear in the videos were nevertheless furious, knowing it could have been them as well. The blameless ones wanted to know my mission quite alright, but they were calm and civil with me. No violence; their strategy was to engage with me and look out for any loopholes in my answers. Fair enough.

Soyombo if arrested, will be charged under Section 29 of the Nigeria Correctional Service Act [Subsection 1 (d)] for possessing and using “communication devices” within the prison to record “conversation through a mobile phone or other devices” without authorization. If convicted, he risks a fine not exceeding 2 million naira [about US$5,500], two years imprisonment or both.

Hauled for exposing ‘the rot in society’

Nigerians online are angry with the news with a hashtag #KeepFisayoSafe trending on Twitter.

Chris Akor, former chairman of the editorial board of Nigeria's BusinessDay newspaper stated that journalism was Soyombo's “life passion”:

Fisayo, since his student days, have been a passionate journalist — and that turned out to be his life passion. We pray for his safety! https://t.co/Kww14ZaEpw

“A sad day” for a journalist to be hauled to jail for exposing societal “rot”, activist Chioma Agwuegbo lamented:

It's a sad day when journalists are hauled into jail for exposing the rot in society. @fisayosoyombo should be feted & his reports used to expunge the corrupt amongst us but it seems it is easier to shut him up than to do right by Nigeria.#KeepFisayoSafe#JournalismIsNotACrime

And rather than praises, the journalist is now “hiding of his life”:

Someone goes undercover, exposes a rot, and the next logical reaction is to find him and teach him a lesson. Is this how to go forward? @fisayosoyombo should not be hiding for his life but is now having to because of credible threats. #journalismisnotacrime #keepFisayosafe

According to information received, the personal safety of the investigative journalist, @fisayosoyombo may be under threat.
We urge the @NigeriaGov to guarantee his safety.#PressFreedom#KeepFisayoSafe#CashAnCarry pic.twitter.com/QeQC3gMaZD

“You cannot silence the media,” Kiki Mordi, who led a BBC investigation into sexual harassment in West African universities tweeted her support to Fisayo:

Nigeria needs to stop her constant muzzling of the press! YOU CAN NOT SILENCE THE MEDIA!

We ask that our journalists go above and beyond to cover the news, and when they do they're targeted and victimised!

It is our collective DUTY to #KeepFisayoSafe

A young journalist spent months, risking life and limb, to expose what is now looking like the most corrupt and irredeemably rotten criminal justice system in the world!@fisayosoyombo is now a target.

The intimidation of Soyombo exemplifies the precarious state of press freedom and free speech in Nigeria. From Jones Abiri to Omoyele Sowore to Agba Jalingo; the Nigerian government has flagrantly clamped down on journalists and dissenting voices.

The head of Nigeria's Prison Service, Ja’afaru Ahmed has set up an investigative panel to “establish the authenticity” of Soyombo's exposé, “and bring the culprits to book if found guilty of the allegations”. He also denied any plans of “arresting or harassing” Soyombo.