Has Russia influenced the general elections in Mozambique? 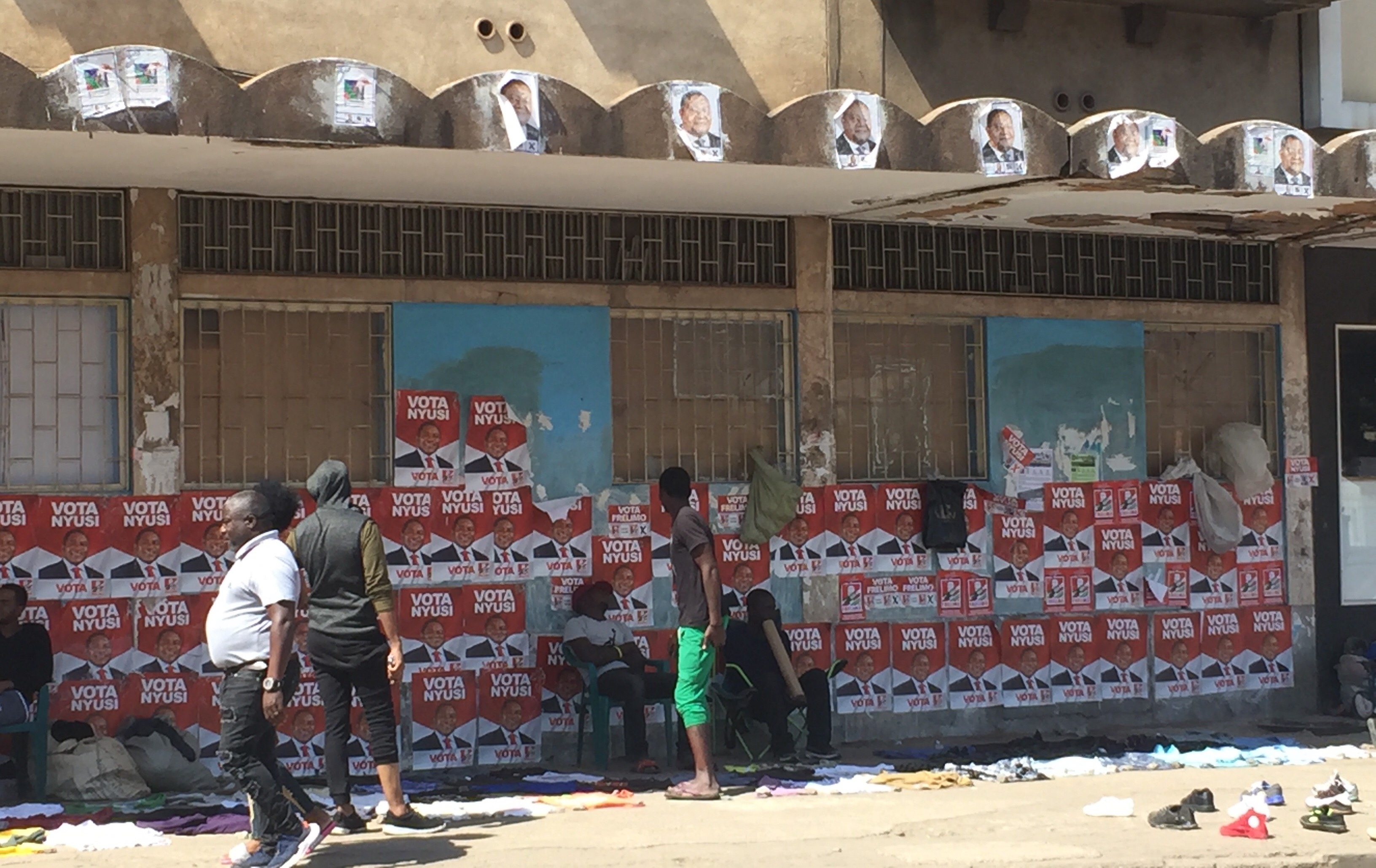 Elections in Mozambique. Photo by Dércio Tsandzana from September 2019. Used with permission.

Two months since general elections in Mozambique gave an overwhelming victory to the ruling party Frelimo, citizens continue to debate whether foreign actors might have interfered with the electoral process.

On October 15, Mozambicans cast ballots for president, parliament and —for the first time— provincial governors. Incumbent president Filipe Nyusi was reelected and his Frelimo party obtained two-thirds of the unicameral legislative seats and won all governorship seats. The Constitutional Council, Mozambique's highest court, hasn't yet ratified the results, which is contested by the opposition.

Two weeks after the elections, on October 30, Facebook announced the suspension of accounts originated in Russia targeting multiple African countries, including Mozambique. The company said the accounts engaged in “inauthentic behavior” and were connected with Russian financier Yevgeniy Prigozhin.

Prigozhin, who has close ties with Russian President Vladimir Putin, was indicted by the United States’ special counsel Robert Mueller for running a ”troll factory” that interfered in the 2016 presidential election in that country.

In its announcement, the company said:

The individuals behind this activity used a combination of fake accounts and authentic accounts of local nationals in Madagascar and Mozambique to manage Pages and Groups, and post their content. They typically posted about global and local political news including topics like Russian policies in Africa, elections in Madagascar and Mozambique, election monitoring by a local non-governmental organization and criticism of French and US policies.

One of the pages Facebook listed as being “inauthentic” was that of the Association for Free Research and Cooperation (AFRIC). This organization sent a 60-person electoral observation mission to Mozambique, according to its official website.

The NGO self-describes as “a community of independent researchers, experts, and activists” and says that, in the past 14 months, it has observed electionsin Madagascar, DRC, Zimbabwe and the Republic of South Africa, as well in Mozambique.

According to story from November 2019 by the Portuguese version of Radio France International (RFI), AFRIC's observatory mission in Mozambique operated “without anyone knowing very well the work of the field observers.” RFI did note cite any sources for such allegation.

AFRIC's report on the Mozambican elections praised the process as “well-organized,” but listed a number of irregularities during voting and vote counting.

Read more: Special coverage page on the 2019 elections in Mozambique.

A ”fake” and illegal poll

Suspicions about Russian interference began before the elections with the publication, on October 4, of a poll conducted by an organization called the International Anticrisis Center (AIC), which gave clear victory to Frelimo.

According a story by The Guardian from May 2019 about the South African elections, the International Anticrisis Center is believed to be linked to Prigozhin. Both AIC and AFRIC attempted to influence the vote in favor of the ruling African National Congress party (ANC), The Guardian reported.

Mozambican law prohibits polling during the electoral period. The opposition party Renamo reported the case to the Attorney General's office.

Nevertheless, the poll was widely disseminated on social media, including via Facebook pages that have now been deleted. Until today, the poll is available on AIC's website.

After it was published, the Center for Public Integrity (CIP), a Mozambican civil society organization, claimed that the survey could be an attempt to influence public opinion:

Most likely, the published poll is another piece of fake news. The data is quite suspicious, as President Filipe Nyusi scored higher in popularity in opposition-controlled Nampula than in Frelimo's bastion Gaza.

Members of the Frelimo party also published the poll on different social media platforms. One of the members who had shared the survey removed it after being called to attention on Twitter by the social activist Tomás Queface:

Ehehe I'm just watching the conversation. My friend @basiliomuhate published a poll that gives Nyusi and Frelimo victory in almost every province. But when he realized that he was committing a legal error, he was forced to remove the link ?

Illegal interference in the #Mozambique elections. No poll is allowed to be published during the electoral campaign. From Russia with Love… https://t.co/Ayu2aMu4Tl

Two days before the official election results were announced on October 30, AIC posted a tweet congratulating Filipe Nyusi and Frelimo.

Mozambique's President Filipe Nyusi is re-elected with 73% of the vote. His Frelimo party will get 184 seats in Parliament. Opposition party Renamo failed to win a single province pic.twitter.com/89Un408fCn

The relations between Russia and Mozambique have warmed up in the last years.

Mozambican President Filipe Nyusi visited Moscow in August, and on that occasion Russia announced it would forgive 95 percent of the Mozambican debt, although the exact amount of this debt remains unclear. Nyusi also attended the first Russia-Africa summit in Sotchi in October.

Morier-Genoud claimed that Nyusi's trip to Russia served as a thank you for Russia's support:

@FNyusi off to #Russia to thank the government for its military help, its meddling in elections, and possibly for some loan to help struggling ENH national oil company — “из России с любовью” #Mozambiquehttps://t.co/lF1jS9bUYa

This article is part of a series of posts examining interference with digital rights through methods such as shutdowns and disinformation during key political events in seven African countries: Algeria, Ethiopia, Mozambique, Nigeria, Tunisia, Uganda, and Zimbabwe. The project is funded by the Africa Digital Rights Fund of The Collaboration on International ICT Policy for East and Southern Africa (CIPESA).