Is Russia getting its model for digital authoritarianism from China? 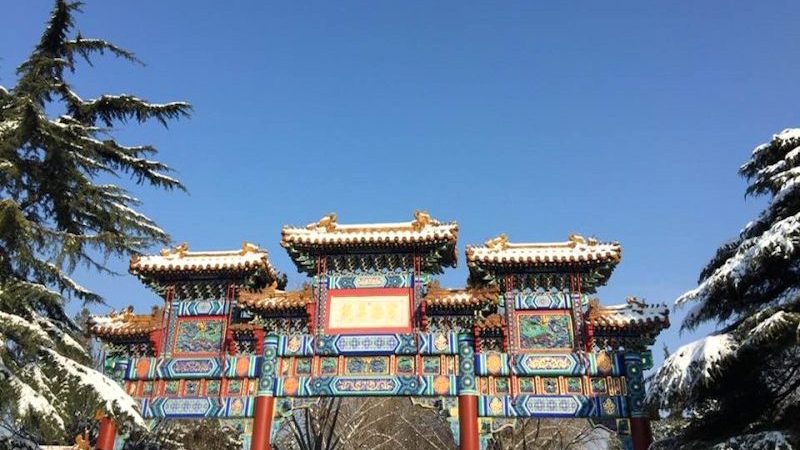 Gateway to a Confucian temple in Beijing, for centuries the historical centre of traditional Chinese philosophy. Photo (c): Filip Noubel, used with permission.

Digital authoritarianism is the talk of the coming decade. From surveillance technology, to artificial intelligence for automatic censorship on social media and armies of bots, many rulers now have increasingly sophisticated technological resources at their fingertips. They can limit access to flows of information, strongly influencing public opinion both domestically and internationally to serve the interests of the state.

China, it is generally acknowledged, has developed the most advanced form of digital authoritarianism so far. This is thanks to the country's technological advancements, world power ambitions, massive population, and not least an ideological underpinning which justifies extensive surveillance and state control of cyberspace. In 2019, Russia, too, made a bid to bring its section of the internet under closer control by the authorities by implementing a “sovereign internet” law. International commentators now regularly point out perceived parallels between the two approaches. But how accurate are they?

As Beijing exports its model to neighboring countries, I asked Maria Repnikova, an expert on political communication in China and Chinese-Russian comparative media politics, to what extent Moscow is inspired by and learning from Beijing's recipe for controlling cyberspace.

Repnikova is Assistant Professor of Global Communication at Georgia State University. She is also the author of Media Politics in China: Improvising Power Under Authoritarianism, published in 2017 at Cambridge University Press. Her interview with Global Voices has been edited for brevity.

Filip Noubel: Pro-government voices in Russia often point to the example of China to justify the need for a “sovereign internet” in Russia. What are the commonalities and differences in how Russian and Chinese official discourse legitimises digital authoritarianism? 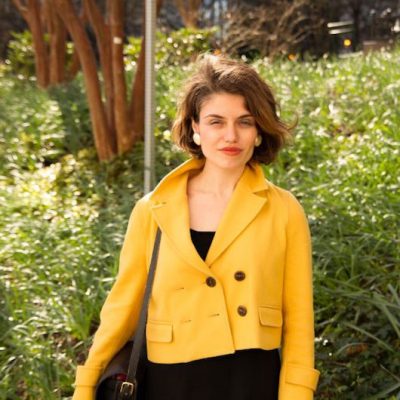 Maria Repnikova: One of the key commonalities in China and Russia's justification of cyber sovereignty is the emphasis on cyber security or protection of national borders against external cyber attacks, as well as domestic extremist threats. In many ways, this narrative wasn't so much borrowed by Russia from China, but gradually evolved internally. In the mid-to-late 2000s, anti-extremism legislation was used to keep traditional media in check when it came to publishing sensitive stories, and was later adopted for the digital domain. More recently, with growing tensions with the West, protection from external powers has become a more powerful narrative to legitimise internet sovereignty.

In China, similarly, sovereignty is about non-interference from external powers, especially the West, and about China's maintenance of social stability internally and its fight against domestic extremist elements, whether they are minority groups, dissidents, or anybody who spreads rumours. One additional narrative in China that I found less prominent in Russia is that of promoting national tech development, and as such protecting national tech giants, by limiting access to western cyber companies.

This idea of technological self-sufficiency has become an inspiration in the developing world.

MR: In terms of management strategies, I see more differences. First, the Chinese state has a much larger human capacity when it comes to digital propaganda. Thus the operation also has far more of a domestic than an international focus. In the case of Russia, those trolling operations that have caught global attention were aimed towards international disinformation campaigns; they focus predominantly on destroying western legitimacy and any cohesion within the liberal democratic system. In the realm of social media control, China has both a larger human capital and is more technologically advanced. A “Great Firewall” of the type widely used in China and was perfected by Beijing does not yet exist in Russia. Although Russia's sovereign internet bill presents the possibility of isolating Russia's internet from the global web, it is not yet clear how that will play out in practice. It would still rely on cruder instruments than the constant monitoring and filtering practiced in China.

FN: Chinese independent media has virtually disappeared since Xi Jinping came to power in 2012. In Russia, independent media outlets still exist but are under constant attack by the Kremlin. Do you think that Russia will eventually resemble China in its crackdown of any form of dissent, or are the differences and historical contexts simply too strong?

MR: I think that independent media still enjoys more space in Russia than in China. In part, this is because these outlets have relatively narrow audiences in comparison to China, so the regime is less concerned about their critical articles and has settled for more of an “ignore, isolate, and occasionally punish” approach. Another difference is their approach to media management styles. In China, the regime settles for multi-dimensional control: both pre-emptive and post-facto. In Russia, the history of repression in the past few decades has demonstrated more of an occasional but uncompromising reaction, either in the form of shutdowns or physical violence against journalists. This approach is more effective for the Russian state given its more limited media management resources, such as manpower and technology. The Chinese regime has both these in ample supply.

Finally, the history of journalistic critique is different. In China it has primarily been aimed at a within-the-system approach, targeting local officials or matters that can be relatively easily resolved by the government. In Russia, there is more of a tradition of western-style watchdog journalism that aims at exposing the highest corruption, and is less interested in serving as an “adviser” to the state. I think this difference is linked with the experience of glasnost in the Soviet Union and the turbulent 1990s when media had much influence. That's very different from the Chinese radical approach to change in 1989, which in turn transformed into a more compromised approach at shaping governance through criticism. However, it is difficult to predict the fate of Russia's independent media over time. Much would depend on Vladimir Putin's sense of security and popularity, as well as the nature of societal movements that could be seen as interlinked with or somehow fuelled by critical media.

FN: Can we speak of a China-Russia rapprochement aimed at countering western influence? If so, in which areas of digital governance are Beijing and Moscow most likely to collaborate or share a similar position?

MR: I think that the shared agenda of “cyber sovereignty” and the promotion of this agenda within international organisations is at the heart of today's current Sino-Russian collaboration against the West.

While their tools of managing the internet are still different, both the governments in Beijing and Moscow do strongly share the idea that internet governance should be left in the hands of states, countering the internet freedom agenda promoted by the United States.