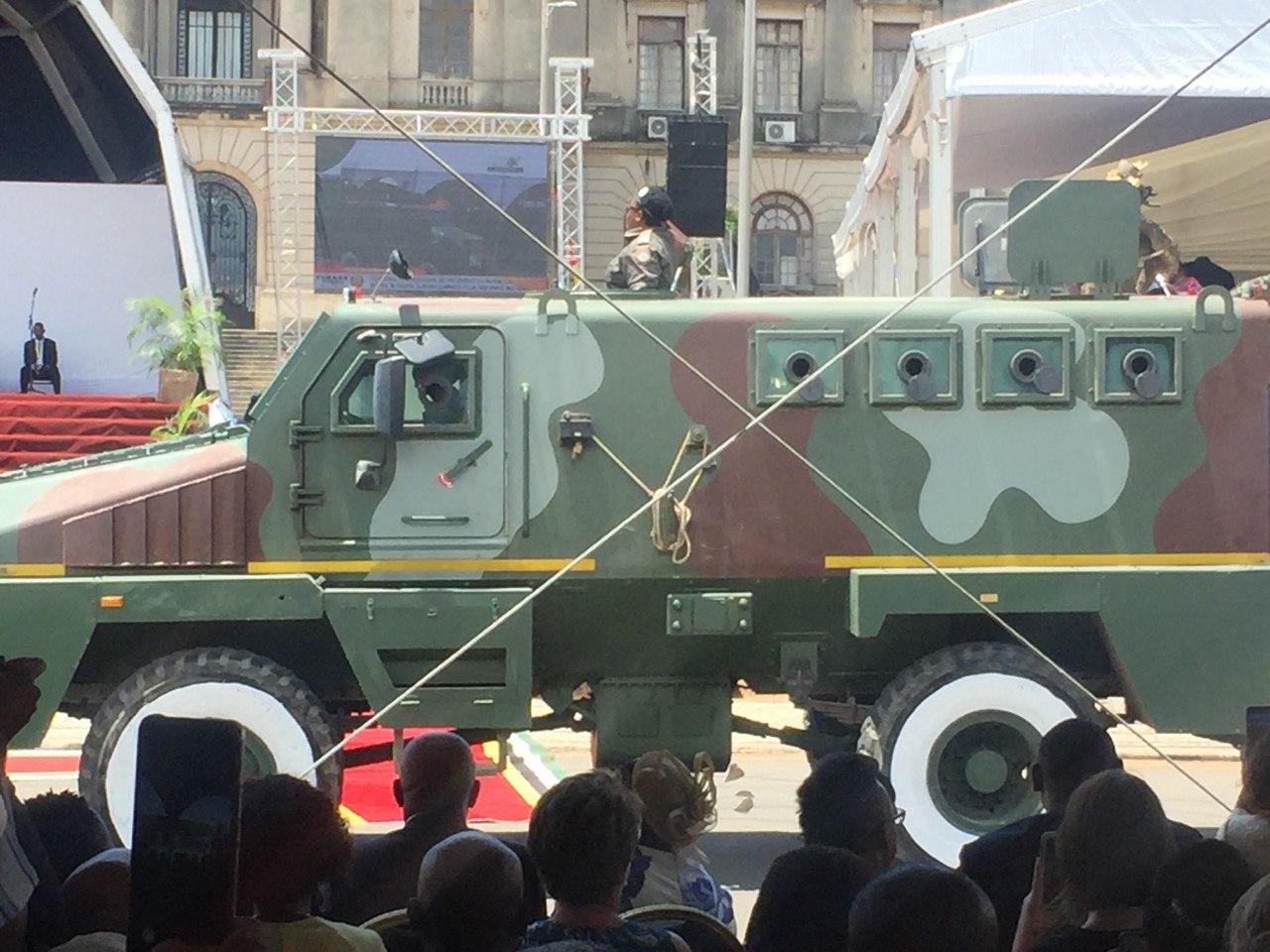 Military tank of the Armed Forces of Defense of Mozambique on parade on the day of inauguration of President Filipe Nyusi, January 15, 2020. Photo: Alexandre Nhampossa, used with permission

The Mozambican state has been unable to stop the extremist attacks that have plagued the northern province of Cabo Delgado for more than two years already. In addition, there has been an increasing number of threats made against journalists who are covering the issue.

For example, journalists such as Amade Aboobacar and Estácio Valoi, and researcher David Matsinhe, have been arrested in 2019 by state forces for their reports about the conflict.

In a more recent case, Professor Julião Cumbane suggested on Facebook that journalists reporting on the attacks should be silenced by the military, police and secret services, who can use “extra-judicial” methods, if necessary. Cumbane added that news stories about the conflict “demoralize those who have the DUTY to defend our country and glorify its attackers.” Cumbane is also president of the National Company of Science and Technology after being nominated by the government of President Filipe Nyusi in late 2019.

The suggestion of Cumbane is similar to what Egídio Vaz wrote on his Facebook page. Vaz is one of Nyusi's advisers in the area of communication and the manager of the president's social media networks. Vaz wrote that the attacks should not be “used to sell newspapers”, and he described the papers reporting on the conflict as “news agencies” of extremist attackers.

Both Cumbane and Vaz echo the public pronouncements of President Nyusi who said that some newspapers write “against sovereignty” in reference to those who report about the attacks and allegedly reveal the fragility of the Defense and Security Forces of Mozambique.

The journalists spread these messages, [they] write in their newspapers against sovereignty without being aware that our national defense is courtesy of people [who made] a big sacrifice.

Rising threats against freedom of expression

The Media Institute of Southern Africa has also warned about rising threats to freedom of expression in Mozambique. The group warned that threats were primarily aimed at journalists reporting about the attacks. The civil society group Center for Democracy and Development (CDD) has also condemned the media-related attacks and advised journalists to continue performing their duty of informing the public.

The CDD strongly condemns threats against press freedom and sympathizes with the journalists, [and] encourages them to continue to inform Mozambicans and the world in general about the attacks in Cabo Delgado.

Updates on the impact of the conflict

The UN Refugee Agency, UNHCR, has estimated that more than 100,000 people had been displaced due to escalating violence. One of the organization's experts told UN News about the deteriorating situation on the ground:

On the island of Matemo I had to interview a refugee who had to flee. The village was attacked. One of the children stayed behind to try to save some family assets and to take it with them. He was caught by one of these members of these armed groups and was beheaded.

More than 900 people have been killed already since the attacks began in October 2017, according to South African news publication Independent Online.

As the number of casualties continues to increase, President Nyusi hinted that his government is now open to cooperating with other countries in combating the attacks subject to certain conditions. This was welcomed by the United States of America and Russia which readily extended their offer to help.

The situation of insecurity is also affecting new investments in the province, which is at the center of attention for the implementation of three large projects for the production of Liquefied Natural Gas, with investments in the order of US $ 50 billion.