"Rule of law is vital, but rule of bad law is not welcome" 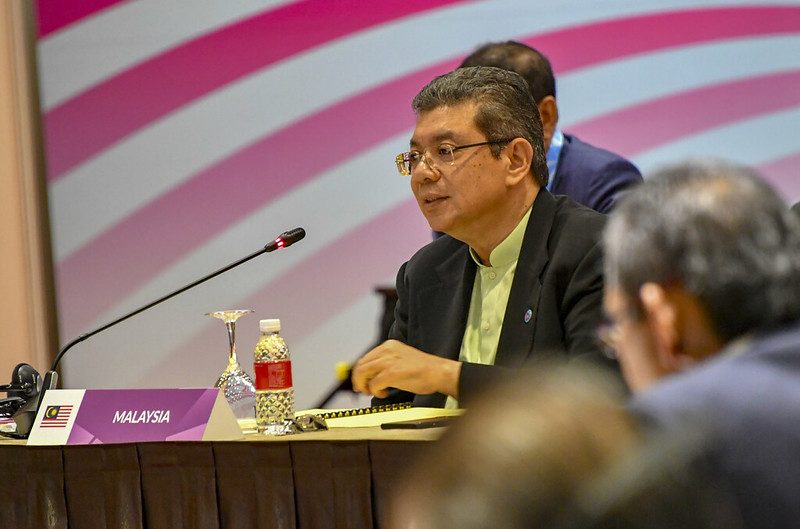 Media and human rights groups are expressing alarm over the surge in cases filed against journalists, bloggers, civil society leaders and critics of Malaysia’s new government.

Most of the charges are under Section 233 (1)(a) of the Communications and Multimedia Act (CMA) which makes it an offence for any person “to use a network facility to knowingly make, create, solicit or initiate a communication which is obscene, indecent, false, menacing or offensive with the intent to annoy, abuse, threaten or harass another person.”

A guilty conviction based on this charge carries a penalty of up to RM50,000 (11,700 US dollars) or one-year imprisonment.

Various groups have been campaigning for the review and repeal of this provision which has been used by authorities to harass the media, intimidate opposition, and silence online critics.

The Pakatan Harapan opposition bloc that took power in 2018 has so far failed to overhaul draconian laws, despite its avowed commitment to free speech.

Moreover, the emergence in March of Muhyiddin Yassin as the country’s new prime minister following a realignment of the ruling coalition has sparked fears that it will lead to the revival of the dominance of the United Malays National Organization (UMNO) party which was widely rejected by voters in 2018.

Muhyiddin has said his Bersatu political party is willing to work with UMNO — the main party of the Barisan Nasional coalition which ruled Malaysia for many decades until its defeat in 2018.

In the past three months, the Muhyiddin government has been accused of intensifying its crackdown on dissenting voices, with the CMA in particular used to prosecute critics.

The latest case involved blogger Dian Abdullah who was charged for two blog posts that allegedly violated Section 233 (1)(a) of the CMA.

The blogger appeared at the Kuala Lumpur Sessions Court on June 9 and posted bail.

Her two blog posts published on March 21 and 23 criticized Muhyiddin's leadership and the inadequate assistance provided by the government to displaced workers and residents during the COVID-19 pandemic.

Blogger Dian Abdullah was charged in court today under Section 233 of the Communications and Multimedia Act after she voiced dissent against the State.

It's time we reject these actions that silence dissenting voices. Freedom of expression must flourish! @saifuddinabd pic.twitter.com/9SlOzMkWp0

Authorities have also notified some members of the opposition and civil society that they are under investigation for publishing online statements that allegedly violated the law.

One of those facing a probe is the Center to Combat Corruption & Cronyism founder Cynthia Gabriel.

Gabriel's group published a statement in March denouncing the “unelected government” of Muhyiddin.

Our founding director Cynthia Gabriel has been called for questioning under section 4 of the Sedition Act and section 233 of the Communications and Multimedia Act. This investigation is in relation to the statement issued by C4 Center on 14 March titled (https://t.co/abVX0fXUC3)

Journalist Tashny Sukumaran, meanwhile, a correspondent of Hong Kong-based South China Morning Post, was summoned by police on May 3 for her report, which allegedly violates the CMA law.

The report in question was about the police crackdown on Rohingya refugees.

But Minister of Communications and Multimedia Saifuddin Abdullah clarified that his office has already instructed the police to stop the probe. He also pledged to review the controversial law.

The government’s continued aggressive use of CMA to chase online critics has prompted several groups to call out the decline of free speech under the new government.

The Centre for Independent Journalism reiterated its demand to repeal repressive media laws:

The government must stop charging and investigating individuals under regressive laws such as this section for voicing dissent against the State and public authorities.

Criminalising content that could potentially challenge and attempt to hold the State to account is grossly disproportionate to any legitimate aim of protecting public order. We need an enabling environment that promotes critical thinking and healthy debates that would uphold democracy and good governance.

Bernice Chauly of Pen Malaysia explained why Section 233 of CMA is a bad law:

Rule of law is vital, but rule of bad law is not welcome. Section 233 is ‘bad law’ because it is so broad that any Malaysian can make a police report because they are ‘annoyed’, regardless of whether they are the intended recipient or target of a communication.

Tashny Sukumaran, meanwhile, was defiant in the face of attempts to silence her reporting:

What I CAN tell you is that I promise all of you – those who like my reporting *and* those who hate it and call me racist slurs online – that I am not stopping. All of you deserve access to the truth. I am here to speak truth to power, without fear or favour.