Congolese journalist forced into exile for documentary on violent evictions 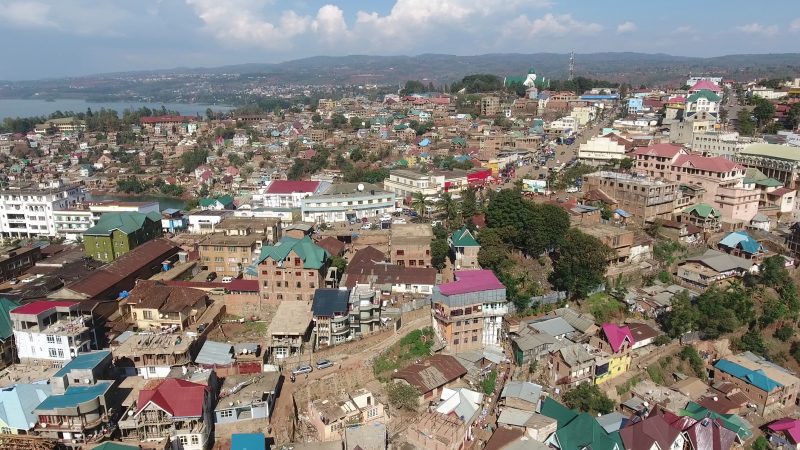 Congolese journalist Gaël Mpoyo is facing death threats for a 2018 documentary he directed about the forced evictions of villagers living on land that allegedly belongs to former president Joseph Kabila in the eastern Democratic Republic of Congo.

Mpoyo, an investigative journalist with over 13 years of experience, works as a correspondent for Africa News, and before the threats, he was based in Bukavu, the capital of South Kivu province, eastern DR Congo.

The journalist has been fearing for his life and the safety of his family since July 2018, when his documentary screened for the first time at a Bukavu cinema and published on YouTube.

The film entitled: “Mborero: Might is Always Right,” was filmed in Mobobero, on the outskirts of Bukavu.

Given the general climate of insecurity, particularly in South Kivu province, where several journalists have been murdered under unclear circumstances, Mpoyo and his family have been forced to live in exile.

In the 27-minute film, he interviewed the inhabitants of Mborero, who have been evicted with extreme violence — and their houses demolished — from Kabila’s alleged plot. Approximately 3,000 residents were violently forced to evacuate the land, according to one anonymous witness that spoke with Global Voices.

The documentary exposes the irregularities and shenanigans surrounding this case, which, according to the journalist, has become a real affair of state in the eyes of the actors involved.

Mpoyo talked to Global Voices about the threats he received and how they affected his work and his life, since that first Bukavu screening on July 6, 2018.

He says that since then, he and his family have been forced to live in hiding. He told Global Voices that in the documentary, he sought to tell the story of the victims. “I had to show the world what really happened in that part of the country with real evidence.”

“In Bukavu, after broadcasting the video in the cinema, some participants cried. They saw that it was inhumane [how] the Congolese population was living in the plot that [was attempted to be] taken by former president Joseph Kabila,” he said.

Kabila managed to reclaim all the land where former Mborero residents once lived.

As soon as the documentary was made available online, the journalist began receiving threats. The film’s editor,  Franck Zongwe, and two human rights activists from the New Civil Society Dynamic in DR Congo, — the first to raise the alarm about the evictions —  were also threatened.

Mpoyo told Global Voices that he received a threatening phone call from the then-governor of South Kivu Province, Claude Nyamugabo, who insisted that he “should not expose himself to danger” by broadcasting his documentary film which, according to Nyamugabo’s understanding, would further upset Kabila.

“I was demoralized when I got the call from the provincial governor, it was really discouraging for me,” he said.

During the shooting of the documentary, Mpoyo asked local authorities to give their points of view in the documentary, but they refused and were afraid to speak on the subject, he told Global Voices.

Several South Kivu personalities were invited to the opening screening, but Mpoyo decided to leave the city even before the launch for his own safety because he received threats before the film screened as well. In hiding, he continued to receive threats.

Little one, stop playing with fire. You took advantage of our silence by posting your video on YouTube. Stop attacking Rais [‘president’ in Swahili]– Joseph Kabila.  We'll give you 24 hours to remove this YouTube item if you need to live.  We know where you are hiding and we are following closely all your movements.

The documentary, however, remained online and to date has received 21,000 views on YouTube.

“It took courage to do it because it was a documentary that was considered against a president.  Many journalists were afraid to produce on this subject. Threats were waiting for me. “

His neighbors told him that in 2018, they continually spotted suspicious people lingering around his residence nearly every day at about 5 a.m. and in the evening at about 9 p.m.

“All my movements were watched and secured by strangers.  These same agents knew where I was hiding.  My family was traumatized,’’ he said.

The Congolese organization Journalists in Danger (JED) considered the threats against the filmmaker as ‘’extremely serious.”

In response to these threats, international and African press freedom organizations, including Reporters Without Borders (RSF), called on Congolese authorities to protect the filmmakers and respect press freedom. But the calls went unheeded and Mpoyo still received hate messages.

Mpoyo fled DR Congo discreetly in 2018 to Uganda, with the help of the human rights office of the United Nations Mission in Congo and the Dutch Embassy.

In 2019, the country elected a new president, Félix Tshisekedi. After his inauguration, Tshisekedi called on all those who had left DR Congo because of threats to return, promising them safety.

As a displaced person in Uganda, it was not easy for Mpoyo and his family, so, he decided to take up the new president’s invitation and return to DR Congo, and started a new life in the neighboring province of North Kivu.

Four months later, he began to receive threatening phone calls and messages again. The president’s promise was not kept.

Mpoyo told Global Voices that even his children were threatened while on their way to school. Soon after his return home, he was forced to leave again for another foreign country and declined to specify his whereabouts due to safety concerns.

The threats and exile have been hard on the journalist and his family. Mpoyo explained:

Life in exile is not easy. … I don't have the means to do my work properly. Being far from my country cripples my productions. Even to survive, sometimes it's complicated.  It's better than living at home.  I'd like to go back to the Congo, but I don't know when the situation will be resolved.’

He ended the interview by advocating for the safety of journalists in DR Congo, and called on authorities to get involved so that the nation respects the work of ethical investigative journalism and press freedom becomes a reality in the country. 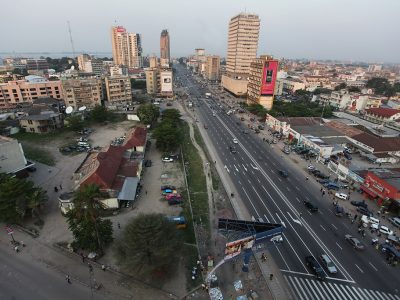