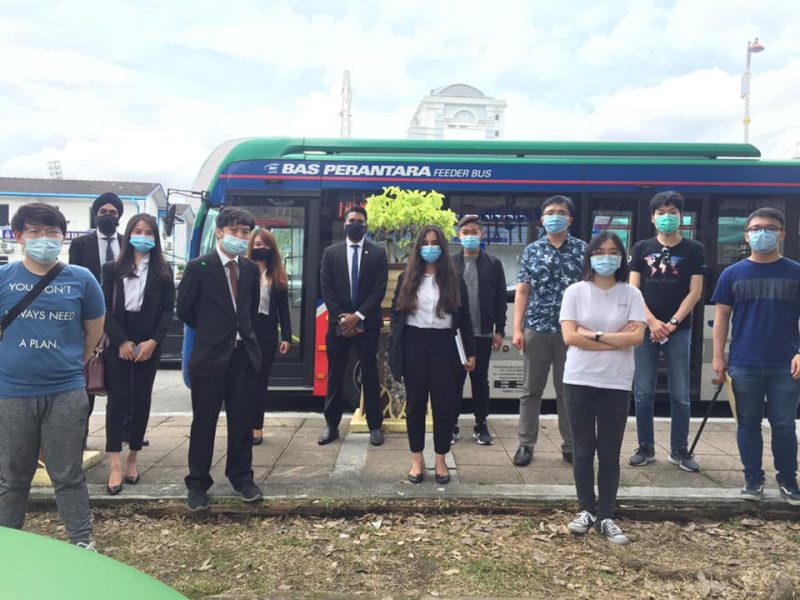 Six members of the Universiti Malaya Association of New Youth (UMANY) were accompanied by human righs lawyers when they appeared at a local police station. Photo from Facebook page of Yan Ke Wong.

A student group in Malaysia is under probe for sedition after releasing a statement on Facebook urging the king not to interfere in national affairs.

On October 30, the Universiti Malaya Association of New Youth (UMANY) published a statement titled “Yang di-Pertuan Agong Should Not Interfere In National Affairs“. Yang di-Pertuan Agong or YPDA refers to the Malaysian King. Under Malaysia’s constitutional monarchy, YPDA is a unifying symbol of the country and is supposed to be apolitical and does not engage in party politics. UMANY released the statement in reaction to news reports about the king’s rejection [2] of the prime minister’s proposal to declare a state of emergency in order to address the surge in COVID-19 cases. The king also asked [3] Members of Parliament to support the government’s budget bill.

UMANY’s statement garnered a lot of attention and criticism from YDPA’s supporters forcing the student group to delete the post. The Universiti Malaya (UM) said it will investigate UMANY over the statement. The police said it is conducting a probe on UMANY for an alleged offence under the Sedition Act 1948 and the Communications and Multimedia Act 1998. Those convicted of sedition could face fines and jail terms of up to three years.

As of November 9, six UMANY members have been summoned by the police in relation to the probe. The police also raided [4] the home of the UMANY president and confiscated the student leader's laptop and phone.

UMANY reposted [5] the statement on November 3 since the original post was distorted on social media and made to appear that they are calling for the abolition of the monarchy.

It deplored [6] the cyberbullying committed against its members by some internet users who disagree with their stance:

Certain members were physically and mentally affected because their personal Facebook accounts were made public and doxxed. Also harassed (were) members or alumni of the group by calling them or their parents, promised to look for their homes, workplace and even threatened to harm them. In addition, our female members have also been sexually harassed by netizens with foul, degrading languages.

A petition was initiated [7] by several student groups expressing support to UMANY.

As a public institution funded by taxpayers, UM owes it to the society to uphold and facilitate the society's pursuit of the truth. This necessarily involves allowing and protecting freedom for students to express their critical thoughts on important issues with the greatest margin possible.

The University of Malaya Law Society provided a legal briefer about the controversy while affirming [9] the right of UMANY to express its position on the issue:

UMANY's post may appear to be controversial, yet a full reading of the statement would reveal that it sought to express their opinions on the YDPA's role and functions in a parliamentary democracy and constitutional monarchy based on their reading of the Constitution. Therefore, we believe their stance, seemingly controversial presented as it was, was an expression of the right to free speech and academic freedom.

The Centre for Independent Journalism emphasized that “freedom of expression is a key part of the higher education experience.” It added [10]:

Academic scholarship and promotion of human rights cannot flourish in an atmosphere of censorship and disproportionate restriction of speech and expression.

The National Human Rights Network (JHAM) asserted [11] that UMANY did not violate any law for releasing a statement about the monarchy:

…it is a matter of fact that UMANY has discussed the role of YDPA rationally without any denigrating or insulting remark towards the monarch. They insisted upon the value of democracy, the paramountcy of people’s sovereignty, and articulated the mechanism of check and balance must be defended and preserved in a constitutional monarchy.