Turkey reins in social media—one platform at a time 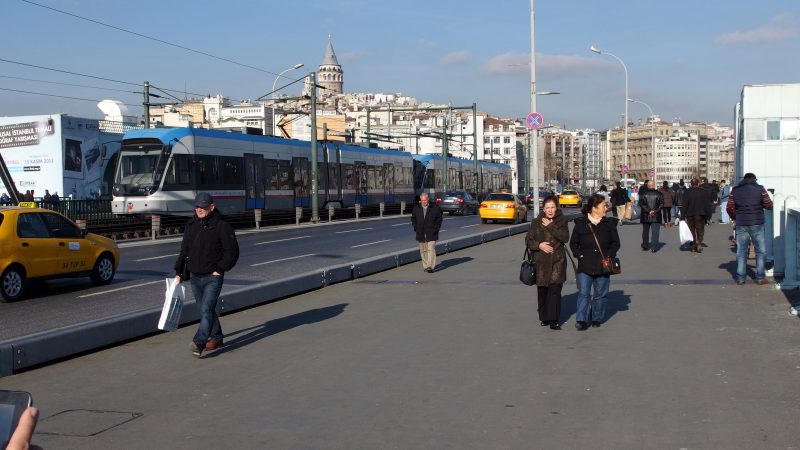 When Turkish President Recip Erdoğan became a grandfather for the fourth time last year, his daughter and son-in-law (then-Minister of Finance) announced the birth of their child over Twitter.

In addition to many celebratory tweets from Erdoğan’s ruling Justice and Development (AKP) followers, the couple received insults, too.

The tweets were eventually taken down and the account was deleted. But these insults led to Erdoğan’s renewed interest in finalizing legislation in the country to centralize control over social media platforms in Turkey.

“Do you understand why we are against social media such as YouTube, Twitter and Netflix? To eradicate such immorality,” President Erdoğan told AKP members during a televised address, referring to the allegedly insulting tweets.

The law came as swiftly as the detentions of social media users allegedly behind the insults.

Adopted in July 2020, and effective October 1, 2020, the new social media law (Law on the Regulation of Publications on The Internet and Suppression of Crimes Committed By Means of Such Publications) sets up a series of requirements that will have a lasting impact on digital rights and freedom of expression in Turkey.

A year after Turkey restored access to Wikipedia, the country is now grappling with these new restrictions.

Although companies did not comply at first, recent fines have forced some social media giants to cave in, with Tik Tok being among the most recent companies to comply.

In April 2020, Human Rights Watch reported on how the social media law appeared under a draft law on economic measures to address COVID-19:

The draft law, circulated April 9, stipulates that all platforms accessed by over 1 million users daily must appoint a legal representative in Turkey on whom courts can serve orders to take down content or block access to accounts. Any platform that refuses would see its bandwidth reduced by 50 and then 95%, rendering the platform unusable in Turkey.

These proposed amendments were temporarily withdrawn.

But a month later, Turkey's Presidential Complex published a 161-page social media guidebook, authored by Fahrettin Altun, head of Media and Communications, with direct advice to “to begin centralizing control of the digital domain.”

Altun believes that social media has become a “life risk” to Turkish citizens who are increasingly imperiled by fast-paced digitization and therefore benefit from the government’s centralization of control of digital spaces.

Journalists and internet freedom advocates described the social media guidebook as a tool for censorship.

“The guidebook was a step toward establishing government control over Twitter and other platforms,” said Fatih Polat, editor-in-chief of the opposition newspaper Evrensel, in an interview with Deutsche Welles (DW).

Gulin Cavus, founder of the Turkish fact-checking network Teyit, said the threat of online disinformation does not come from Turkish citizens, as the guidebook claims, but rather from the government agencies that are “knowingly engaging in manipulation,” speaking to DW.

The following month, Turkey's Information and Communication Technologies Authority (BTK) slapped platforms with a new penalty of 30 million Turkish liras ($3.8 million USD) each, for their failure to hire local representatives.

We have been closely following developments on Turkey’s recently amended Internet Law No. 5651 which stipulates new requirements for social media platforms. Like other companies, we have decided to begin the process of appointing a legal entity as a local representative in compliance with the law, while also recognizing how important it is for our platform to be a place where users can exercise their freedom of expression.

This decision does not change Facebook’s Community Standards, nor the global process for reviewing government requests, and we will withdraw the representative if we face pressure on either. We will continue to review and evaluate government requests in accordance with these policies, including our commitments as a Global Network Initiative member, and under the UN Guiding Principles on Business and Human Rights. We will continue to report details of the content we restrict, in line with our existing transparency processes.

TikTok is a powerful platform that gives voice to diverse communities, and we remain focused on providing people in Turkey the opportunity to express themselves creatively through video, from sharing unique cooking skills to easy tutorials on drawing. We're also committed to respecting local laws in the markets in which we operate, even when we disagree with them. As such, we will comply with the requirements of the law — establishing a local legal entity and providing a local point of contact to the Government in Turkey as a next step to compliance – while we maintain our commitment to the freedom of expression that is fundamental to the creativity that thrives in our community.

In retaliation to companies that refused to comply, the Information and Communication Technologies Authority (BTK) banned online businesses from advertising on Twitter, Periscope and Pinterest, in a decision published in the Official Gazette on January 19.

This move is likely to impact the livelihoods of many in Turkey, at a time when the country is facing economic challenges as a result of an ongoing pandemic.

Meanwhile, the compliance of YouTube, Facebook, TikTok, and other platforms are a “bad precedent that will make it harder for other companies to fight back,” said Electronic Frontier Foundation. EFF was especially critical of YouTube's decision to comply, given the Turkish government’s history of previous attempts to control the platform.

Turkish officials say the law is similar to Germany's NetzDG [Network Enforcement Act]. However, experts disagree. Emma Sinclair-Webb, Human Rights Watch Turkey expert, said that unlike in Turkey, Germany has a “clear separation of powers and an independent judiciary.”

On January 21, the International Press Institute (IPI) issued a statement calling on Turkish to withdraw the new law and rescind imposed penalties.

This law and its penalties threaten the removal of critical voices, including journalists who have been driven from mainstream media, from social media via content removal or self-censorship. Turkey must withdraw this law and all penalties on social media companies issued under it. This law represents a serious expansion of digital censorship and threatens a last bastion for journalists and critical public discussion.

But officials in Ankara are yet to budge.