Nigerian politician arrested for condemning the kidnap of schoolchildren 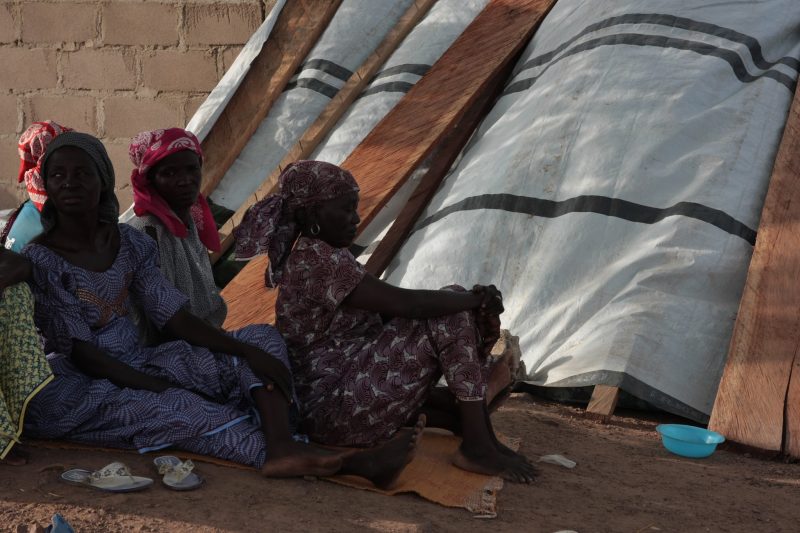 Salihu Tanko Yakasai, who until recently was the social media aide to the governor of north western Nigeria's Kano State, was arrested on February 26 by the Department of State Services (DSS) for criticizing the country's deplorable security situation.

Yakasai’s father told the online newspaper CableNG that his son was arrested by the DSS on his way to the barber's, adding, “But I cannot confirm to you whether he is here in Kano or somewhere else.’

Yakasai has spoken out against President Muhammadu Buhari's government — of which he is a member — for doing very little to address the country's lack of security and the resulting incidents of kidnapping. In a series of tweets made on the day of his arrest, he suggested that the administration had failed the people:

Clearly, we as APC government, at all levels, have failed Nigerians in the number 1 duty we were elected to do which is to secure lives & properties. Not a single day goes by without some sort of insecurity in this land. This is a shame! Deal with terrorists decisively or resign. https://t.co/L5YCvik1Eb

Bemoaning that the kidnapping of schoolchildren has become a tragic norm in northern Nigeria, Yakasai said that even though citizens “lament, condemn, [and] create hashtag[s]”, there are “no concrete steps to prevent reoccurrence [sic], and then we repeat the process”.

He went even further, tweeting:

Just last week it was #freekagaraboys, today we have a new hashtag #RescueJangebeGirls, who knows tomorrow what hashtag we will come up with? Perhaps one for ourselves when we get caught up in one of these daring attacks. This is sad & heartbreaking, I feel helpless & hopeless ?

By February 27, Yakasi had been fired by Abdullahi Ganduje, the governor of Kano, for his “unguarded comments and utterances” which was deemed at odds with the position of the “the (APC) government which he is serving.”

Meanwhile, Nigerian netizens are already calling for Yakasi's release, with the hashtag #FreeDawisu trending on Twitter, and journalist Omoyele Sowore stating that the DSS is “happy to pounce on Nigerians critical of the failing regime”:

#FreeDawisu Lawless DSS has arrested @dawisu for freely expressing his views regarding the failure of the @MBuhari’s govt. The DSS lazy leadership can’t help Nigerians facing insecurity but only ready and happy to pounce on Nigerians critical of the failing regime #BuhariMustGo

Writer Demola Olarewaju added that some “political parties”, a veiled reference to the APC, “operate like a cult”:

Some political parties operate like a cult with the President as a god and if you belong, you cannot break code and speak against the party line – whether you're in the ponmo ranks or higher.

For the sake of shared humanity, one joins in saying to his captors #FreeDawisu pic.twitter.com/i6Rl5Rci3Y

The manner of @dawisu’s arrest was gestapo-esque. They didn’t inform a single member of his family. They disappeared him. They didn’t arrest him like Nigeria was operating under the rules & engagement of democracy. Hitler would have been proud of the DSS on this one #FreeDawisu pic.twitter.com/viGRG7msxU

Another didn't fail to notice the brokenness of the system:

I’m just finding it funny now that I tweeted “Alhamdulillah @dawisu has been found” because we learned he was abducted by the state not kidnappers. What a dysfunctional country! #FreeDawisu

Yakasi’s tweets came after the February 26 kidnapping of more than 300 schoolgirls at the Government Girls Secondary School in the town of Jangebe, located in north-western Nigeria's Zamfara state.

It was an attack that came on the heels of the kidnapping — nine days prior — of about 42 people, including 27 school boys, at the Government Science College in Kagara, located in Niger State in the country's north-west. The armed gunmen in that incident released their captives ten days later, on February 27.

No one has yet claimed responsibility for these two incidents. However, in December 2020, the Islamic jihadist group Boko Haram did claim responsibility for the abduction of about 300 schoolboys from the Kankara Government Science Secondary School, in the north-western state of Katsina. The boys were released after a few days in captivity.

The kidnapping of schoolchildren in Nigeria has seen an alarming spike, according to security analyst Bulama Bukart, for very specific reasons. Not only does the abduction of minors boost the public profile of groups like Boko Haram, which feeds off of the publicity, it also results in political pressure being put on the government, making it easier for kidnappers to demand ransoms.

As at the time of publication, there has been no further word on Yakasai's release.