Activists hope to overturn many draconian laws that stifle dissent 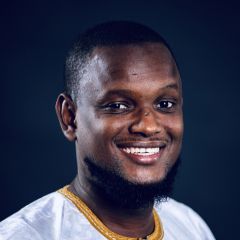 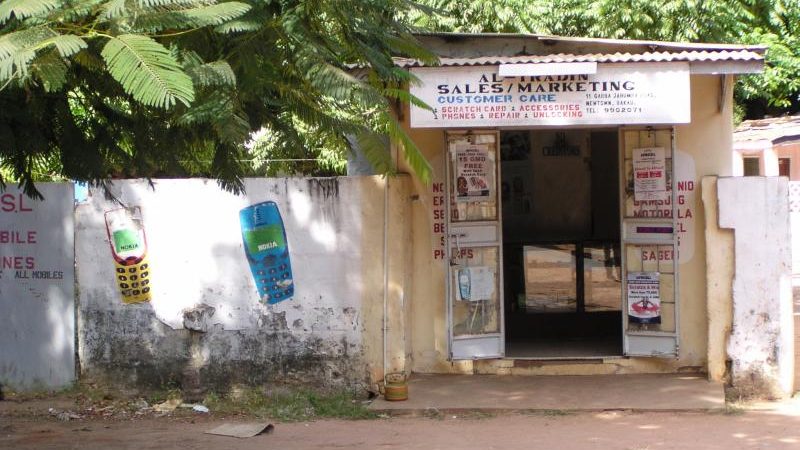 Mobile phone shop in the Gambia, December 7, 2005. Photo by NicholBrummer via Flickr CC BY 2.0.

In the Gambia, social media has become a one-stop-shop for citizens to express themselves and receive alternative information. WhatsApp and Facebook are among the most popular platforms.

Current President Adama Barrow even praised the positive impact of social media on his presidential campaign in 2016. At the time, incumbent President Yahya Jammeh had denied politicians access to national media outlets during the contested elections. A total internet shutdown silenced the country on the eve of the 2016 presidential elections — but Barrow ultimately prevailed.

Many citizens had high hopes that Barrow could usher in new digital rights reforms in a country where these protections are nearly non-existent.

Yet, nearly five years later, the draft constitution dead-ended, falling short on its potential to adequately feature and protect digital rights. Now, activists continue to push to overturn many of the draconian laws instituted under the Jammeh regime that stifle dissent and censor citizens online.

Today, daily press reviews — unheard of or imaginable during the former Jammeh reign — became popular soon after Barrow’s government took office in 2016. On a daily basis, various radios read out news articles in all major local languages. Gambians are glued to their radios and soon after, many will convert the news broadcast into WhatsApp audio files.

During the Jammeh years, however, laws like the 2013 ICT Act prevented citizens from establishing independent, online media platforms. The government feared these platforms would be used as tools to expose wrongdoing in the government. Some Gambians ended up leaving the country to set up online news outlets abroad.

After the election ordeal, many activists expected the new government to tackle digital rights as one of its first reforms — to improve internet infrastructure and come up with sound policies to avoid another internet shutdown or disruption in order to ensure digital rights for everyone.

After all, Barrow’s government benefited from the power of social media to win the election in 2016.

In December 2017, the National Assembly of the Gambia set up a commission to draft a new statute book to replace the 1997 constitution, and activists saw this an opportunity to directly address and feature new guidelines on online freedom of speech and digital rights.

“Social media played an important role in the change of government but today it is being abused. I think the government should act now to look into the issue, like what China did to censor information disseminated via social media through technology,” said Foday Gassama, a formerly nominated national assembly member, during a March 2019 interview with The Standard newspaper. 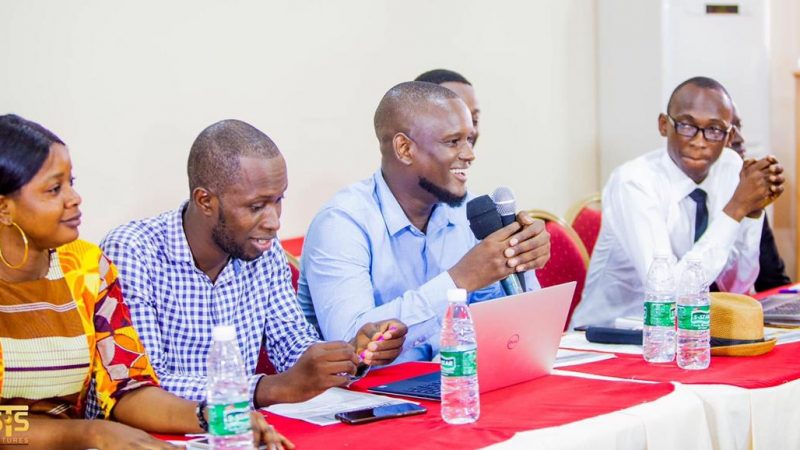 The power of the internet goes beyond social media usage. Ordinary citizens use it to express themselves, but the internet made it possible for citizen journalists to quickly disseminate news via nontraditional media platforms.

The Give1Project Gambia, a nongovernmental organization, tried to advocate for digital rights reforms in the draft constitution and engaged with authorities and other vested groups, to push for digital-friendly, transparent laws.

In December 2019, the Give1Project team submitted a position paper, along with other stakeholders, to the constitutional review commission: They argued for the need to include clauses to protect citizens’ rights to privacy online, whistleblower protection, online freedom of speech, among others.

Give1Project also conducted radio campaigns and organized multiple community engagements to facilitate citizen dialogue, with the aim to incorporate the wishes of  ordinary people and inspire more participation in the digital rights conversation.

Some callers raised concerns about the need for whistleblower protection to curb corruption. Others appealed for the consideration of the internet as a human right in Gambia’s law books, hoping to avoid future shutdowns.

Data protection laws were discussed, citing a controversial contract between Semlex, a biometric company, and the government to produce biometric national identification cards. The process required the collection of citizens’ personal data, and the system lacked clear regulations to monitor how this information was processed, stored or used by the government, exposing citizens’ identity to potential theft.

The organization also made a submission during pre-sessions of the 34th session of the Universal Periodic Review (UPR) for the Gambia at the United Nations in Geneva.

Read more: From dictatorship to democracy: All eyes on The Gambia’s upcoming Universal Periodic Review

Among the key submissions were calls to reform legislation on personal data protection and privacy in order to provide safeguards on the use of personal data, and protect the right to privacy online.

All these recommendations were made to the Gambian government for consideration during the 34th UPR session in November 2019. Until today, no major changes have occurred — especially due to the parliament’s failure to pass the draft constitution and to pass a referendum.

“The current constitution, usually called ‘Jammeh’s Constitution,’ was revised nearly 60 times of the course of Jammeh’s 20-year rule. A new constitution would have distanced the country from Jammeh’s tainted past,” wrote Laura Angela Bagnetto with RFi.

The COVID-19 pandemic further exposed the urgent need for better digital infrastructure and reforms across the country, from urban to rural spaces, to address a growing digital divide.

Until digital rights are considered human rights, many citizens in the Gambia will continue to miss out on opportunities that abound online. 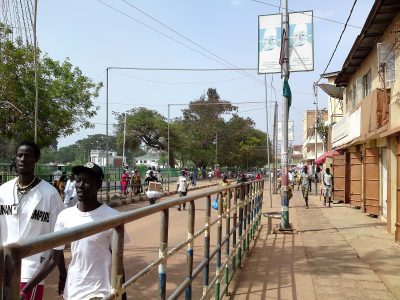