The rise and fall of Clubhouse in Turkey

After a brief period of popularity among opposition activists, pro-Erdoğan figures have now flooded the app 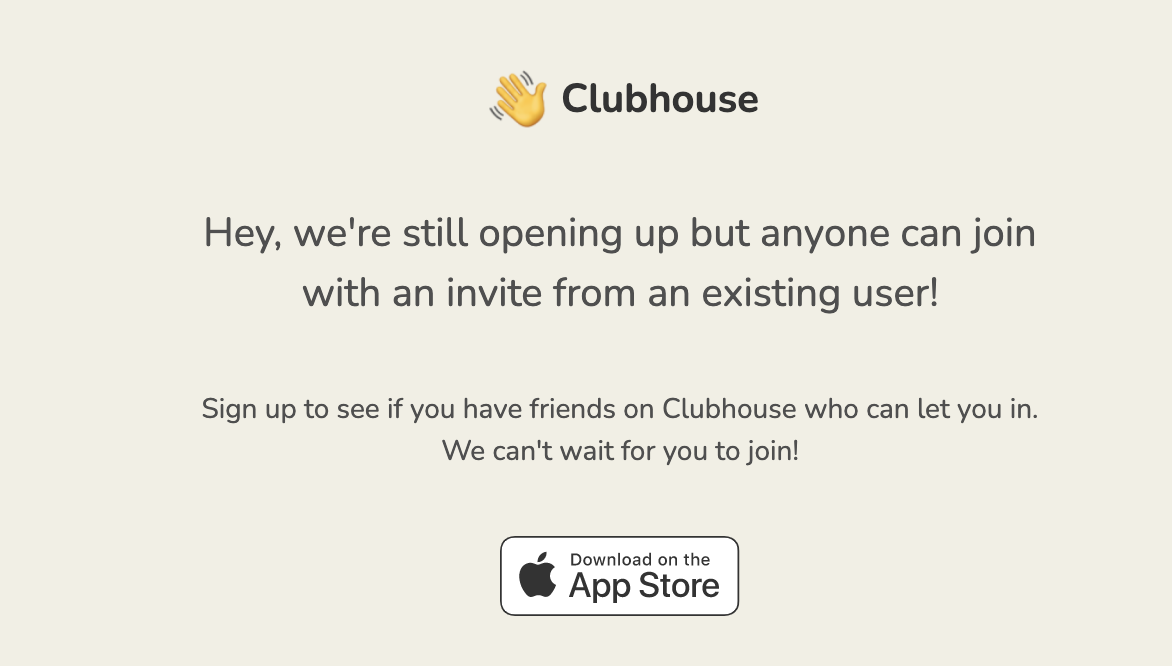 In January, when students of Turkey's prestigious Boğaziçi University launched protests against a president-appointed rector, Clubhouse was one of the places where much of the conversation about the movement was taking place.

In an interview with Middle East Eye, Furkan Dabaniyasti, a moderator at one of Boğaziçi's Clubhouse's rooms, said the group “gathered every component of the university, from students and alumnus to academics in an open forum where they discuss everything openly and publicly.”

Merve Tahiroglu, Turkey Program Coordinator at the Project on Middle East Democracy (POMED), says the platform became “a space of solidarity and outreach.” “Clubhouse was still in beta, only available on iPhones and by invitation when Turkish student protesters discovered it,” she added.

In addition to developments around Boğaziçi University, the app's Turkish user base includes popular musicians and influencers, who join discussions on politics, cryptocurrency, and a variety of other topics.

In a country as polarized as Turkey, and where much of the media is under government control, Clubhouse's rise to popularity was not surprising. According to Yalcin Ari, a digital media expert, “[the app] helped people who wouldn't talk to each other due to the polarization produced by the political events of the past seven years. They listen to each other and see that there is a common ground that could bridge the difference.”

Similarly, journalist Pinar Tremblay highlights how the app brought together a diversity of groups and individuals, from diaspora Turks to Kurds and LGBTQ+ people. “Members of the Kurdish diaspora in Europe moderate rooms about the Kurdish cause […] Likewise, Turkish LGBTQ+ community members in Europe explain the opportunities and rights their peers back home should seek. One listener commented at the end of a session, ‘I have to re-dream all my dreams now.'”

But as quick as its rise to popularity among President Erdogan's critics was its precipitous fall. Unlike social media platforms like Facebook, Twitter, YouTube, and Instagram, Clubhouse was one place the ruling government had not caught up with yet, making it free from police snooping.

That changed in early February when three students who organized chatrooms on Clubhouse to discuss the protests at Boğaziçi were taken in for questioning. Police said it was the students’ public posts on Twitter and Instagram that led to the questioning, but the students have said that Clubhouse was the only connection they had to each other.

Reports in Turkey that moderators in a Boğaziçi room on Clubhouse have been detained for questioning.

If confirmed, is that the earliest arrest on a new social media platform ever? I mean, it’s still in Beta with no Android app yet. pic.twitter.com/nidkcKBVNL

“It went downhill from there. As users questioned how safe the Clubhouse really was from government surveillance, pro-Erdoğan journalists and pundits flooded the app,” wrote Tahiroglu.

From then on, Clubhouse became another digital battleground of information wars. “While at first only opposition figures joined and spoke, now current or former members of the Justice and Development Party (AKP) have been joining crowded rooms discussing the hot political issues of the day,” wrote Tremblay.

With the growing popularity and users, the platform also had to comply with draconian social media law regulations that the Turkish parliament approved last year.

According to the law, social media companies with over 1 million daily users must appoint a legal representative in Turkey and open an office in the country that will be held accountable in legal matters. If companies fail to do this, the government will throttle their bandwidth up to 90 percent.

In addition, social media companies are obligated to store users’ data in Turkey, as well as to send a report on their activities to the Information and Communication Technologies Authority (BTK) every six months. Failure to do so will result in a fine of up to 10 million lira (1.3 million USD).

In November 2020, Turkey fined Facebook, Twitter, and YouTube a total of 1.18 million USD for failing to comply with the law. The following month, the regulator slapped platforms with a new penalty of 30 million Turkish liras ($3.8 million USD) each, for their failure to hire local representatives.

Meanwhile, the regulator banned Turkish businesses from advertising on Twitter and Pinterest, which have so far failed to toe the line.

In March, Twitter announced it will be opening a representative office in the coming months, a move that was criticized by digital rights groups.

Instead of blocking Clubhouse altogether, as China has recently done, the Turkish government looks like it will allow the app to operate in the country, choosing instead to regulate it through the new law as it has done with other platforms.

For Tahiroglu, social media companies should “fight back” Erdoğan’s new law. “They must commit the necessary resources to evaluate the takedown requests according to their own free speech principles and push back against any orders by the Turkish government and its courts that fail those standards.”

In environments brimming with censorship and control, apps like Clubhouse serve as platforms for free speech and the open sharing of ideas. In Turkey, there seems to be a need for such spaces. If they don't take root at Clubhouse, people are probably going to find alternatives somewhere else.