'Root of the issue' or 'low hanging fruit'? 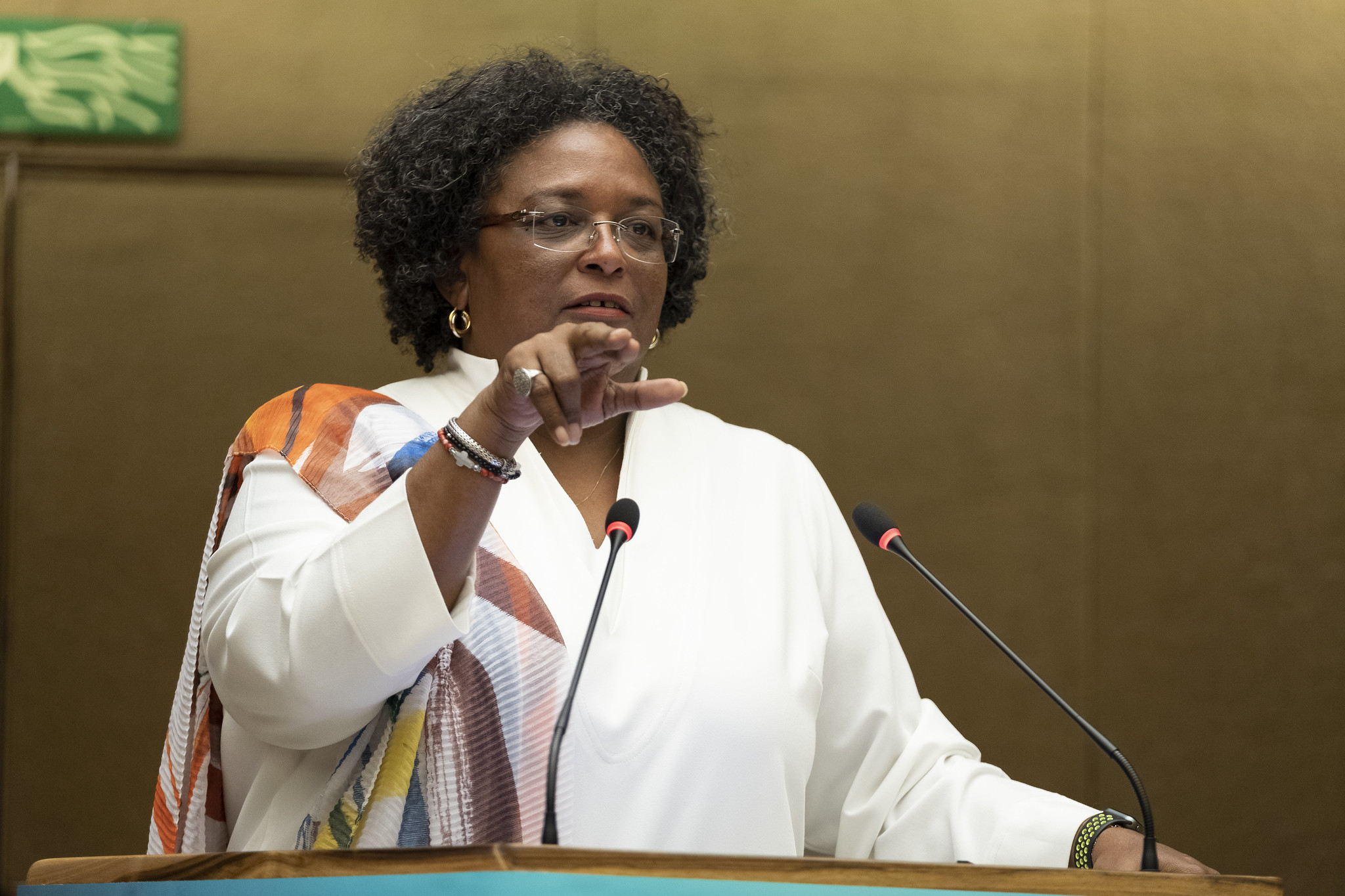 On June 1, Barbados’ Prime Minister Mia Mottley addressed the nation about a matter on which she said it was “impossible […] to remain silent”. She was speaking out against a music video compilation put out by Barbadian dancehall performers, all riffing over the “Trojan Riddim” track. Their lyrics, Mottley said, “glorified gun violence.”

Riddims, the Patois version of the English word “rhythms,” provide an instrumental beat, usually created and sold by music arrangers, over which musical artists, especially in the genres of dancehall and soca, can overlay their own lyrics. These vocals give each song an individual feel, despite the fact that one riddim can be used on scores of songs.

Prime Minister Mottley said she was “horrified” at the video, and “personally disappointed in the artists who have not recognised that there is an obligation on their part [to accept] that to whom much is given, much is expected.” Her statement also dismissed the “artistic license” defence by noting that some people in Barbadian society lack the maturity required to not interpret the musical message literally:

There has to be a zero tolerance approach to gun violence in this country. [We] cannot play light with issues such as this.

It is not the first time she has spoken out about gun violence. Prior to Prime Minister Mottley stepping in, the country's minister of home affairs, Wilfred Abrahams, had condemned the video:

This Government does not promote or support gun violence or retribution killings against anybody. The position of this government cannot and will not be to support any artiste who is involved in promoting gun violence. There is a place for artistic expression but then there is a time that that crosses over into irresponsibility, especially when you are considering what Barbados is going through at this particular point in time.

Barbados, like many of its Caribbean neighbours, has been grappling with a rising homicide rate, linked primarily to the use of illegal guns. Peter Ram, whose song “Roll Out” was featured in the video, apologised, saying it was “never [his] intention to offend anyone.” Other featured artists included Lil Rick, Mole, Screwface, Mallis, Lead Pipe, Brutal Crankstar, Chiief Diin and Quan De Artist, most of whom publicly denied that they were encouraging gun violence.

As expected, public opinion seemed split down the middle, with some people supporting the artists’ freedom of speech and others firmly behind the prime minister's stance.

The local arm of Digicel, a telecommunications company that has an influencer contract with Lead Pipe, announced on June 2 that it would terminate their arrangement with immediate effect, as “his recent musical project does not align with our values.” Some social media users interpreted the move as “corporate responsibility at its best,” but it was short-lived. By June 3, the company had rescinded its decision, but the singer clapped back by saying that he had opted not to renew his contract.

The video in question was uploaded on April 6 to Lil Rick’s YouTube page, which has 7.21K subscribers. As at the time of publishing, the “Trojan Riddim” mix had more than 150,000 views and 2.9K Likes, suggesting that the prime minister's stance may have fuelled interest in the music. Several tracks from the compilation have since appeared in Apple Music's Top 100 in Barbados.

Along with her demand for a public apology to the people of Barbados, Prime Minister Mottley noted that those “who have put this video up have a responsibility to take it down,” explaining that performers cannot expect the government to compartmentalise its support for their artistic endeavours. Both Peter Ram and Mole had been involved in the Ministry of Education's 2020 COVID-19 safety campaign, targeted at the nation's youth.

Posting both Mottley's address and Ram's apology on Facebook, IrishandChin Jamaica watched the situation with interest, especially in the context of the pushback Jamaica's prime minister, Andrew Holness, recently received when he attempted to link violent dancehall lyrics with an increase in gender-based violence in the country.

Like Jamaicans, many Barbadian netizens failed to see the direct link between violent lyrics and gun crime. Nevertheless—Vybz Kartel is just one example—dancehall performers’ lives have sometimes imitated their art:

If lyrics in a song persuade you to take up a weapon and harm someone you as an individual had a bigger issue from before the music and has been failed several times before.

Root of the issue vs the low hanging fruit…..

A woman just say on Basstacks

Tone deaf hypocrisy. That is what it is giving… but I am seeing disingenuous arguments on both sides. Of course music has an influence on its audience, but to scapegoat local artists in this way is unnecessary and unfair. Let’s talk about socioeconomic conditions…

Ri shoot a man in central station , and get a whole gap w a sign in west bury road … gotta love my prime minister

There were also comments suggesting that the artists were being scapegoated:

I promise you, an AR-15 cannot come into Barbados in a suitcase. Make a newspaper article when you ready to talk about the rich people and the corrupt bureaucrats who are importing them.

Honestly.. can we talk about how the guns are even entering Barbados? Cause it’s not the Bajan artists..

Lil Rick, on whose page the mix was first posted, has refused to take down the video, preferring instead to “remain true” to his artistic identity. Although he admitted that the timing of the video was “unfortunate” given “the number of recent [gun-related] incidents in our island,” he maintained it was important to have diverse content.

Some Twitter users decided to poke fun at the whole controversy:

PM: apologise and take down the video.

Meanwhile, Minister in the Prime Minister's Office, John King, who is responsible for culture, thinks it is time Barbadians move on from the controversy:

Hungary  4 days ago
Cancel this reply