Kacey Wong decided to leave after the arrest of 47 activists 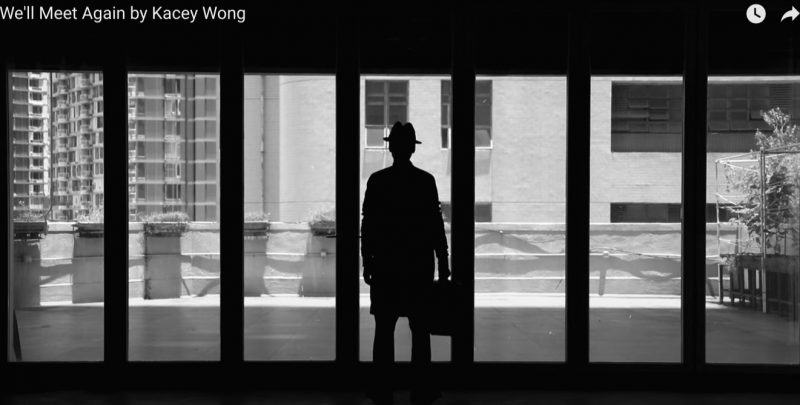 A screenshot from Kacey Wong's video ‘We will meet again’.

The original version of the following post was written by Tom Grundy and published in the Hong Kong Free Press on August 3, 2021. The following edited version, with additional quotes from the report from Stand News, is published on Global Voices under a content partnership agreement.

The 51-year-old left the city 17 days ago and posted a farewell message and video on social media on August 3 after completing his COVID-19 quarantine in Taichung.

‘When you received this letter, I have already left. Leaving is not easy, staying is also difficult. We have known each other for 51 years, I will not forget you. Let’s treasure each other, goodbye Hong Kong,’ he wrote on Facebook, with music and quotes from Vera Lynn’s ‘We’ll Meet Again’.

Wong said that he needed to be strategic and tactical in his decision to leave: ‘For me, the critical moment for the decision to leave was the [arrest of the] 47′. he said in reference to January’s round-up of election hopefuls. ‘For me, that is a signifier for the destruction of Hong Kong’s law system as we know it’.

He also cited a piece on the front page of the China-run Ta Kung Pao newspaper in February which criticised him and other media persoanlities. He said he perceived the piece as a ‘wanted list’ for Beijing.

The article mentioned 17 individuals from the independent film and art industries accusing them of glorifying the 2019 anti-China extradition protests and the Hong Kong independence movement. The report noted that Wong attended a TED talk in Vienna on October 21, 2019, where he presented the protests as a ‘revolution’ through his public artwork on the 2014 pro-democracy Occupy Central movement and the 2019 protests.

Wong described his departure as a painful process similar to a retreating from a battle or attending one's own funeral. He said that was very nervous when he was in the Hong Kong airport because he anticipated that he might be included on the national security police's ‘wanted list’. He told the Stand News:

The most terrifying part is that you did not know if you were really on the arrest list. Would the red light turn on when you were in front of the emigration desk? Whether you could manage to leave the city is like a gamble… Psychologically you have to prepare that you can never return back to Hong Kong and that if you were stopped during the emigration, you could be arrested,  jailed and face a very long trial.

An Apple Daily journalist, Fung Wai Kong, was arrested on June 28, 2021 in the Hong Kong airport when he attempted to leave the city during the police crackdown on the news outlet. 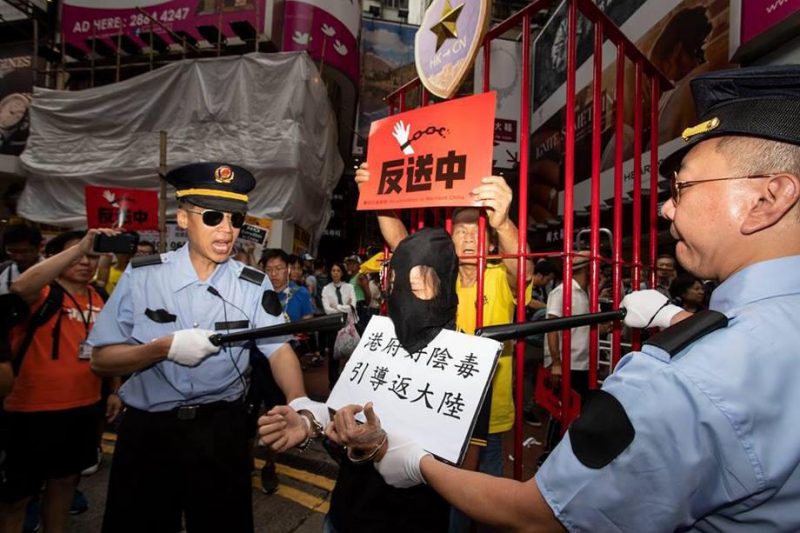 Last June, the artist was more optimistic about the Beijing-enacted security law, telling HKFP that the legislation will only galvanise creativity in Hong Kong.

However, he said he did not foresee the severity of the crackdown: ‘The biggest question is what do I need? Why do I leave? And it’s very obvious… the freedom of artistic expression’, he said. ‘I want and I demand 100 per cent freedom, with no compromise’.

Since the 2014 pro-democracy Umbrella Movement, Wong sought to push the boundaries of art as a means of political dissent on the streets and was often seen at the July 1 democracy protests. His 2018 performance piece, ‘The Patriot’, shows him playing the Chinese national anthem on an accordion from inside a red cage outside the Chinese Government complex of Hong Kong.

’The Patriot’ Photo from Kacey Wong via CitizenNews

Whilst many Hongkongers are emigrating to the UK, Wong said he specifically chose Taiwan for its vibrant art scene which offer opportunity for growth: ‘I always appreciated Taiwan’s culture and art, I think it’s very mature and deep and the society is sophisticated and raw at the same time, which I like’.

He told the Stand News that he would take it as his duty to voice out for Hongkongers and he advised those who continued to stay in Hong Kong to keep a low profile and be more creative in their expression:

Under the so-called New Era, we need to adapt to a new way [of expressing ourselves], the old way can't work anymore. We can't be obsessed with the good old days. We have to be creative to face the rotten politics of the New Era.

In March, Chief Executive Carrie Lam vowed to put the city on ‘full alert’ against artwork deemed to be endangering the city’s national security in government-funded spaces.

In June 2020, Beijing inserted national security legislation directly into Hong Kong’s mini-constitution — bypassing the local legislature — following a year of pro-democracy protests and unrest. It criminalised subversion, secession, collusion with foreign forces and terrorist acts, which were broadly defined to include disruption to public transport and other infrastructure. The move gave police sweeping new powers, alarming Democrats, civil society groups and trade partners, as such laws have been used broadly to silence and punish dissidents in China. However, the authorities say it has restored stability and peace to the city.

China  3 May 2022
END_OF_DOCUMENT_TOKEN_TO_BE_REPLACED
Cancel this reply